The family of a winegrower who died of pesticide-related cancer in 2012 filed a case for manslaughter with Paris courts on Monday. 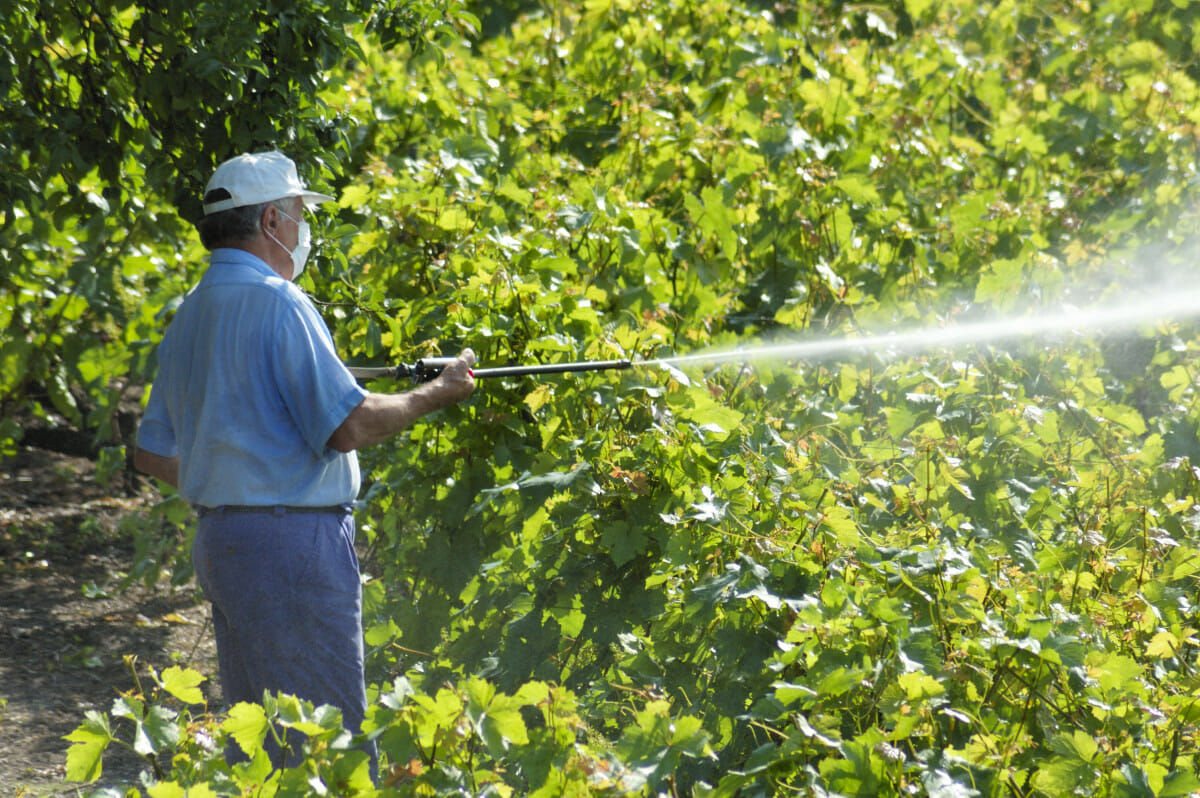 James Bernard Murat, a winegrower in Bordeaux, France, was diagnosed with occupation-related lung cancer in 2010 as a result of 42 years of exposure to the pesticide sodium arsenite.

Before being banned in 2001, sodium arsenite was used for many years on vineyards throughout France to treat the parasitic fungi disease Esca, which was known to devastate grape crops. Murat was exposed from 1958 to 2000.

By 2001, however, sodium arsenite had already been banned for use in agriculture for nearly 30 years. “Sodium arsenite was withdrawn from production in 1973, except for vineyards. Why didn’t the state protect the growers, and waited until 2001 to completely remove the product from the market?” Murat’s daughter Valerie Murat, who filed the manslaughter case, says to French television station Aquitaine.

The danger of sodium arsenite and other pesticides with arsenic has been known since 1955, when a list of related diseases was first drawn up, according to anti-pesticide lobby groups Future Generations and Phyto-Victims.

The case, legally filed against X as per French law, targets the pesticide producers as well as the French state. The three companies that produced this pesticide were Aventis, CMPA, and Littoral, according to prosecution attorney Francois Lafforgue. Lafforgue specializes in cases of pesticide victims. In regard to including the French state in her case, Valerie Murat tells French newspaper Le Parisien, “If the Ministry of Agriculture had done his job, he would have checked and banned the sale of these products.”

The complaint aims to highlight responsible parties and to warn farmers about the connection between pesticides and certain diseases. “I do not want my father to have died for nothing,” says Valerie Murat.

Popular
7 Smokable Plants You Can Grow That Aren’t MarijuanaBrian Barth
How to (Actually) Get Rid of Fruit FliesEmily Baron Cadloff
What to Do With an Abundance of PeppersShelby Vittek
6 Differences Between Llamas and AlpacasAndrew Amelinckx
Yes, the Government Really Does Stash Billions of Pounds of Cheese in...Emily Baron Cadloff
Explore Modern Farmer
Related
Plants
This Seed Detective Travels the World Tracking Down Lost CropsEmily Baron Cadloff
Environment, Plants
Making the Case for IntercroppingShea Swenson
MTMF
Meet the Modern Farmer Helping Immigrant Farmers Sell Their ProduceBridget Shirvell
Food & Drink, Plants
In Awe of the PawpawDanny Childs
wpDiscuz
We use cookies on our website to give you the most relevant experience by remembering your preferences and repeat visits. By clicking “Accept”, you consent to the use of ALL the cookies.
Cookie settings ACCEPT
Privacy & Cookies Policy