Like many others, Elaine Santore noticed the growing pothole problem that plagued her city after the harsh winter. Instead of simply complaining about the holes in the road, Santore decided to fill them in herself - with miniature gardens. 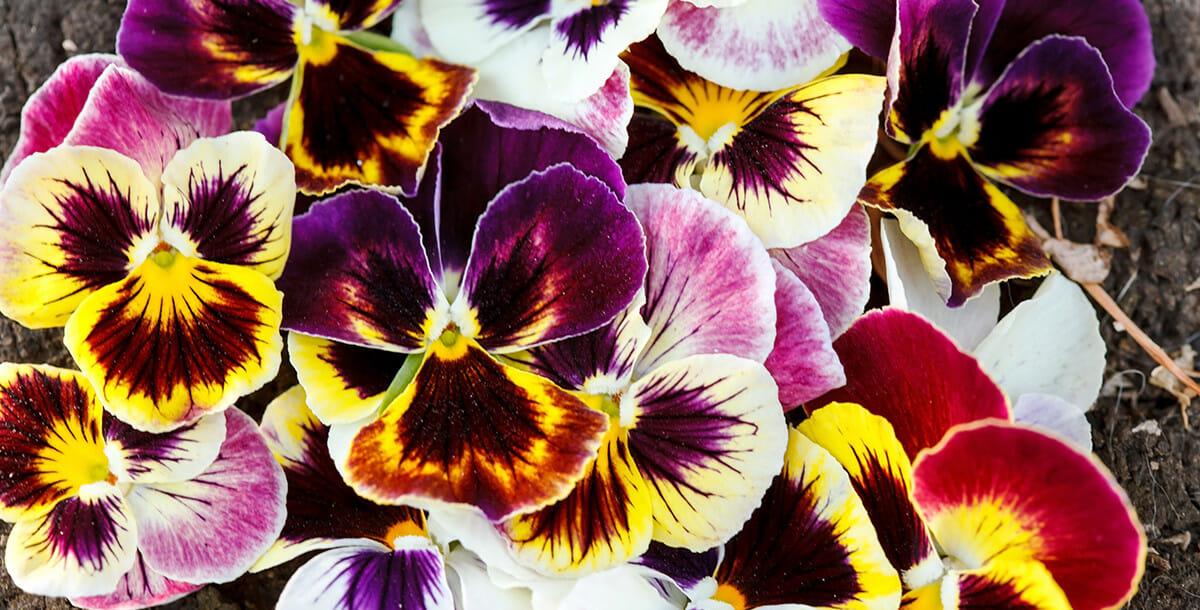 “I’m not an avid gardener – I do have a garden at home, but that’s not my sole focus – but I do like to put things in the ground. It’s spring, and I’ve been thinking about doing this for a long time,” says Santore.

She did bring a friend along to ensure she wouldn’t get hit by any cars, but she has yet to have a bad experience. People see her, and some have avoided hitting the potholes even after she moves when they notice the pretty flowers. Many have watched her plant with big smiles on their faces.

“I haven’t had any bad reactions,” says Santore. “A truck driver drove by and asked what I was doing; I told him and he got all hyped up and smiley about it. My niece thinks I’m a total eccentric… but I’m the aunt, so I can be!

So far, Santore estimates she’s filled in about 10 potholes. As a result, the city has properly repaved about half of them and seems to be filling more in.

“You could go down and complain at city hall. You could call them up and complain. You could walk around with a picket and protest. There are other reasons to need to do that – much bigger issues. But something like this, this is just a simple no-harm way of getting the point across. And I think it worked because people reacted to it. I got a call this morning from the AP!” she says.

Santore isn’t the first person to look at potholes as planters. British artist and gardener Steve Wheen has been filling holes on sidewalks and streets with miniature garden scenes since 2010. UK resident Pete Dungey has been in the game about that long as well, although neither of them create pothole gardens with the intention of having the pavement fixed.

“I’m touched that people took notice of this and that I was able to draw attention to something that needs to be addressed in a kind way. Not offensive, it’s pretty, it brings a smile to people’s faces, and anybody can do it. What harm can that do?”

Popular
7 Smokable Plants You Can Grow That Aren’t MarijuanaBrian Barth
How to (Actually) Get Rid of Fruit FliesEmily Baron Cadloff
What to Do With an Abundance of PeppersShelby Vittek
6 Differences Between Llamas and AlpacasAndrew Amelinckx
Yes, the Government Really Does Stash Billions of Pounds of Cheese in...Emily Baron Cadloff
Explore Modern Farmer
Related
Food & Drink, MTMF
Meet the Former Chefs Growing Restaurant-Driven Produce in Suburban AlbanyKerri Sullivan
Food & Drink
‘Tis the Season For GleaningCrystal Sands
Plants
This Seed Detective Travels the World Tracking Down Lost CropsEmily Baron Cadloff
Environment, Plants
Making the Case for IntercroppingShea Swenson
wpDiscuz
We use cookies on our website to give you the most relevant experience by remembering your preferences and repeat visits. By clicking “Accept”, you consent to the use of ALL the cookies.
Cookie settings ACCEPT
Privacy & Cookies Policy