A new generation of Jewish farmers and foodies are reinterpreting bland noodle kugels, heavy briskets and other traditional dishes from Bubbe's Passover table. 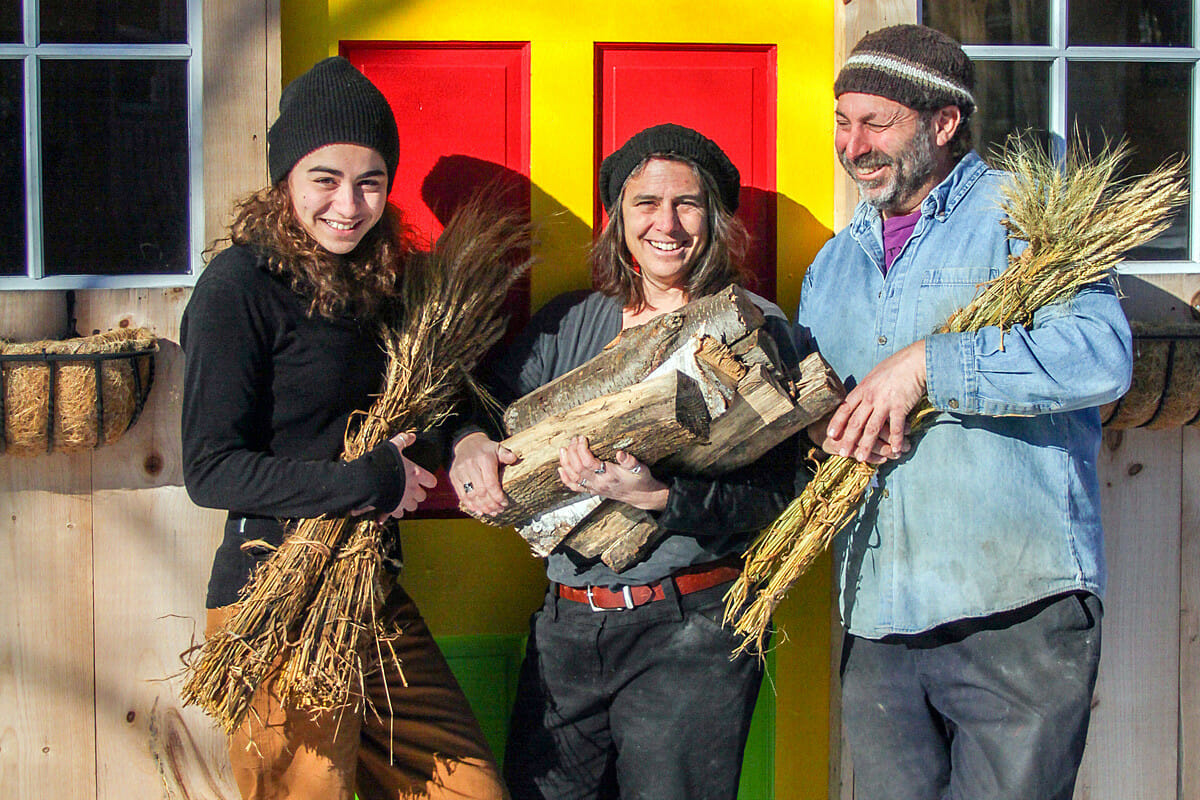 A new generation of Jewish farmers and foodies is reinterpreting bland noodle kugels, heavy briskets and other traditional dishes from Bubbe’s Passover table.

As more people opt for locally sourced, organic and minimally processed foods, it’s no surprise that the modern Seder plate is starting to reflect these choices.

“Passover is a lot like Thanksgiving,” said Mitch Prensky, chef owner of Supper, a Philadelphia farm-to-table restaurant that features a popular annual Seder. “We have a traditional canon of dishes, but there is plenty of room to play around within the lines.”

Essential to Passover is the Seder Plate, which must contain several symbolic foods that mark the ancient Israelite exodus from slavery.

These include hard-boiled eggs to symbolize springtime and renewal, a lamb shank (or roasted beets for vegetarians) symbolizes the sacrificial lamb, two types of bitter herbs (often horseradish and leafy greens) for the bitterness of slavery, vegetables dipped in salt water to signify tears, and charoset, a fruit and nut mix that represents the mortar used by slaves.

The other Passover staple is matzo, the unleavened flatbread that, among other things, reminds us that it is impossible to proof dough and flee oppressors at the same time.

It turns out a farm-to-table style Passover is fairly simple endeavor. Most of the required ingredients are easy to grow or available from local purveyors.

“There really isn’t a lot of challenge to it, especially because Judaism encompasses foods from all over the world,” Prensky said.

While Eastern European or Ashkenazi fare is commonly associated with most Passover menus, Prensky suggests incorporating recipes from Persian, Sephardic and other Jewish culinary traditions.

For example, serve earthy root vegetables, like horseradish, turnips and beets, which are plentiful in early spring. Tough greens, such as kale and collards, are also cooler-season vegetables. Apples stored or jarred from the fall harvest are perfect for charoset. Arugula, romaine and other bitter greens are easy to grow in greenhouses.

Planning a farm-to-table Seder does come with a wild card: the calendar. Since Passover can fall anywhere from late March to late April, it’s hard to predict what will be in season.

This year, for example, Passover falls early on the calendar month. That coupled with the brutal winter on the East Coast and a late spring left some people scrambling for local produce.

“This time of year can be rough. It’s still late winter here,” Prensky admitted. “And some things you just can’t grow. I’ve never met a good banana from Philadelphia.”

The trick is to be creative while adhering to Seder requirements.

“If you can’t find local apples, use dried fruits for the charoset and maybe add some Persian spices,” Prensky suggested. He added that planning a seasonal Seder menu is a balance that means “you don’t feel like you cheated, but you don’t feel cheated either.”

Julie Sperling and Doug Freilich, owners of the Naga Bakehouse in Vermont, have been working furiously since January to meet the surging demand for homemade matzo.

This year, the couple, along with their two teenage daughters, made and sold 15,000 boxes of small-batch matzo in their wood-fired oven. A few years ago, their aptly named Vermatzah (Vermont-made matzah) was only sold at local stores. Today, it can be found in Cambridge, Boston and San Francisco. The bulk of their orders, however, are shipped to people all over the country who order directly from their website.

To Sperling and Freilich, the brisk sales indicate that people are hungry for an alternative to the factory-formed squares from the supermarket.

“That kind of mechanization is only about 100 years old,” said Sperling. “We wanted to go back and make matzo the way it’s been made for 5,000 years.”

Their artisanal matzo is like a French boule compared to, well, cardboard. Unlike the dry, flavorless squares, they make round, irregularly-shaped crackers that are crispy and robust with flavor. The unleavened dough is made using organic whole grains and nutty emmer grown on their farm.

“Matzo is a symbolic food to remember the past,” said Sperling. “But people also want to celebrate the values that lie behind their beliefs.”

At Hazon at Isabella Friedman Jewish Retreat Center in upstate New York, the chefs are serving a kosher farm-to-table Seder for 160 people. Most ingredients are harvested from their Hudson Valley farm and prepared in accordance with strict ‘kosher for Passover’ rules.

“Kosher isn’t the same as kosher for Passover. The kitchen has to meet a really stringent set of restrictions and you can’t have any cross-contamination from grains,” explained Hazon chef Adam Sanogueira.

As a special treat this year, he’s serving kosher-for-Passover pickles made from daikon, kohlrabi and other brassica grown on the property.

“We’ve never served ferments for Passover before, but this year we’ll have kosher for Passover pickles on the table,” he said.

By definition, kosher foods meet the dietary requirements of Jewish law, and that is essential for Jewish spiritual health. A farm-to-table approach to Seder isn’t necessarily kosher, but chances are it’ll nourish the spirit too.