Craft distiller Joel Elder believes the future of small farms lies in a bottle, and he wants to be the one to show farmers that booze can help their bottom line. 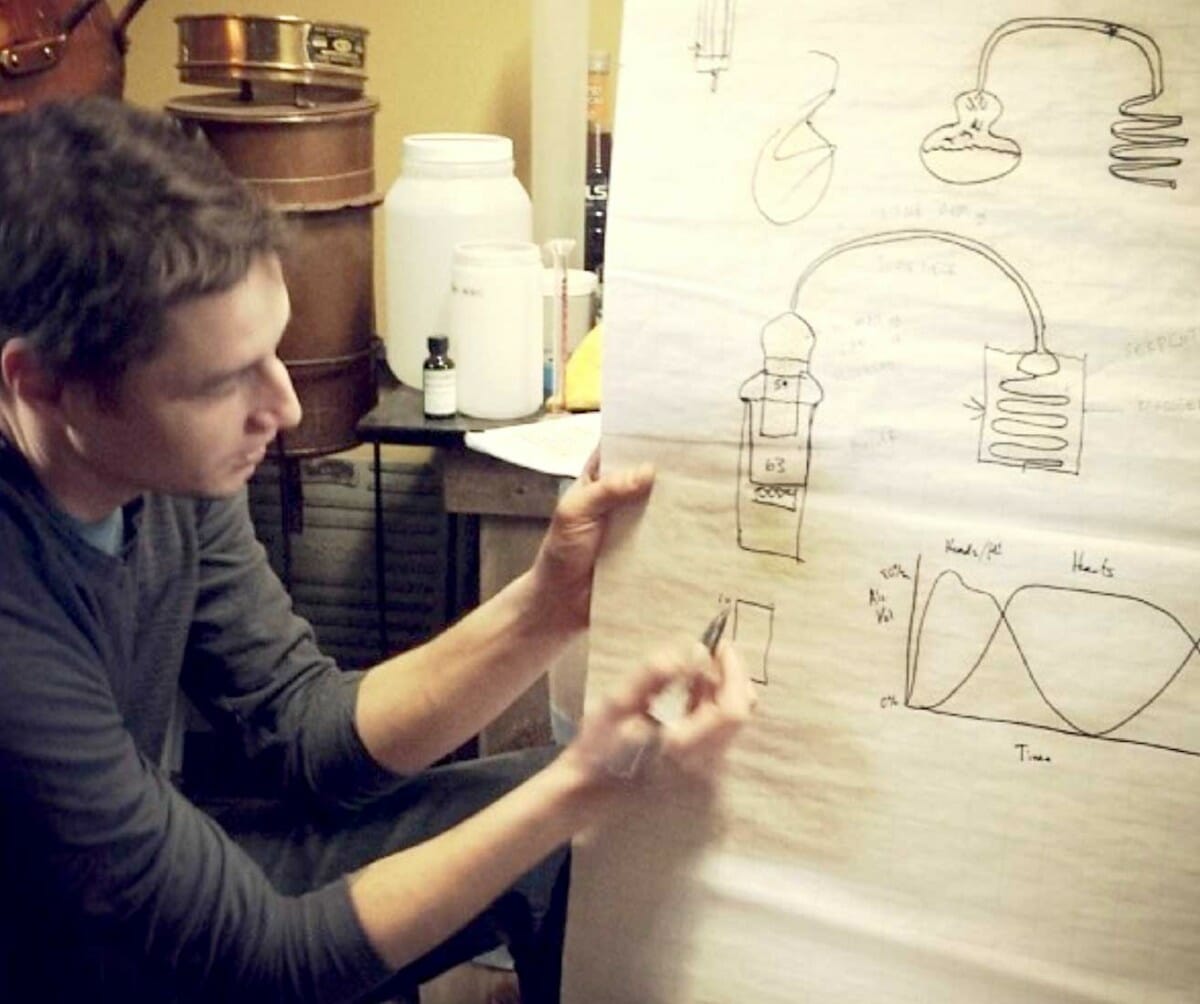 Elder was the chief distiller for Tuthilltown, the first whiskey distillery in New York state since Prohibition wrecked the industry back in the 1920s. After seven years with the company, located in Gardiner, New York, Elder decided it was time to move on. His newest venture is Quinta Essentia Alchemy, a beverage alcohol consultancy specializing in “agribusiness focused on small-scale craft distillation” with an integrated approach, based in Rosendale, New York.

“I see the craft spirits industry heading to a more agrarian, sustainable base. Ultimately, I’m trying to trick everybody into understanding that they’re trying to start agribusinesses,” Elder tells Modern Farmer. We recently spoke with the 37-year-old in a phone interview.

During his time at Tuthilltown, he launched a number of products for the company and other clients and helped advance the cause of small-scale distilleries in the state. But for, Elder it’s always been about the agricultural end of the business.

“My only attraction to and adherence to craft spirits is agricultural, as an agricultural support. I feel I can be more effective in that as a consultant and working with other distilleries,” says Elder.

Elder was born and raised in a farming community in northwest Missouri (he says in that area “they’re all farming communities”). His grandfather was a farmer and preacher, but as a kid, Elder didn’t appreciate the farming lifestyle.

“I hated it. I grew up not having regular ketchup. We had grandma’s ketchup,” he says. “I wasn’t interested in agriculture and if someone told me I’d be devoting my life to it I would have laughed.”

Elder did a stint in the Army and then went to college, but he was looking for something more “experiential,” and ended up as a brewer’s apprentice in Kansas City, Missouri, before moving to California at age 22 to work on a farm in Humboldt County. Eventually, he ended up at a farm in the Hudson Valley, then made the jump to Tuthilltown after concluding that value-added farm practices were the future of small-scale agriculture, and craft spirits the key.

He says it makes sense for farmers to move into the business of distilling or making hard cider for the same reason that a farm stand sell jams and pies: “they are high-value.” In the case of booze, it’s like having pies and jams that never spoil and have an even higher margin, he says. According to Elder, a great example of this is in Normandy, France, where for fruit farmers “an orchard is a cidery is a distillery.” His ultimate client would be an orchard that wants “to move into this market and do it in a way that is integrated, healthy, sustainable and low-impact.”

Elder says in general, the craft distilling industry has always had a relationship with local agriculture, since it’s often easier and cheaper to buy the raw ingredients from nearby sources. But now, it’s “become more imperative as distilleries, cideries and breweries try to find a way to differentiate themselves. More and more, the industry is looking toward agriculture and developing those relationships.” And Elder wants to help continue to move that along.

“I want to focus my energies on teaching how to create integrated systems that are not just talking points, but are truly ag-centric,” he says.

The name of Elder’s company, Quinta Essentia Alchemy, may provide insight into what he hopes to achieve. It’s Latin and comes from the ancient idea of the fifth element, the all-important unknown substance that alchemists believed was found in all things. Elder says for him the name represents “the meeting of science and art, and our emergence from pure mysticism into a more reasoned, but still spiritually ambitious, modern life.”