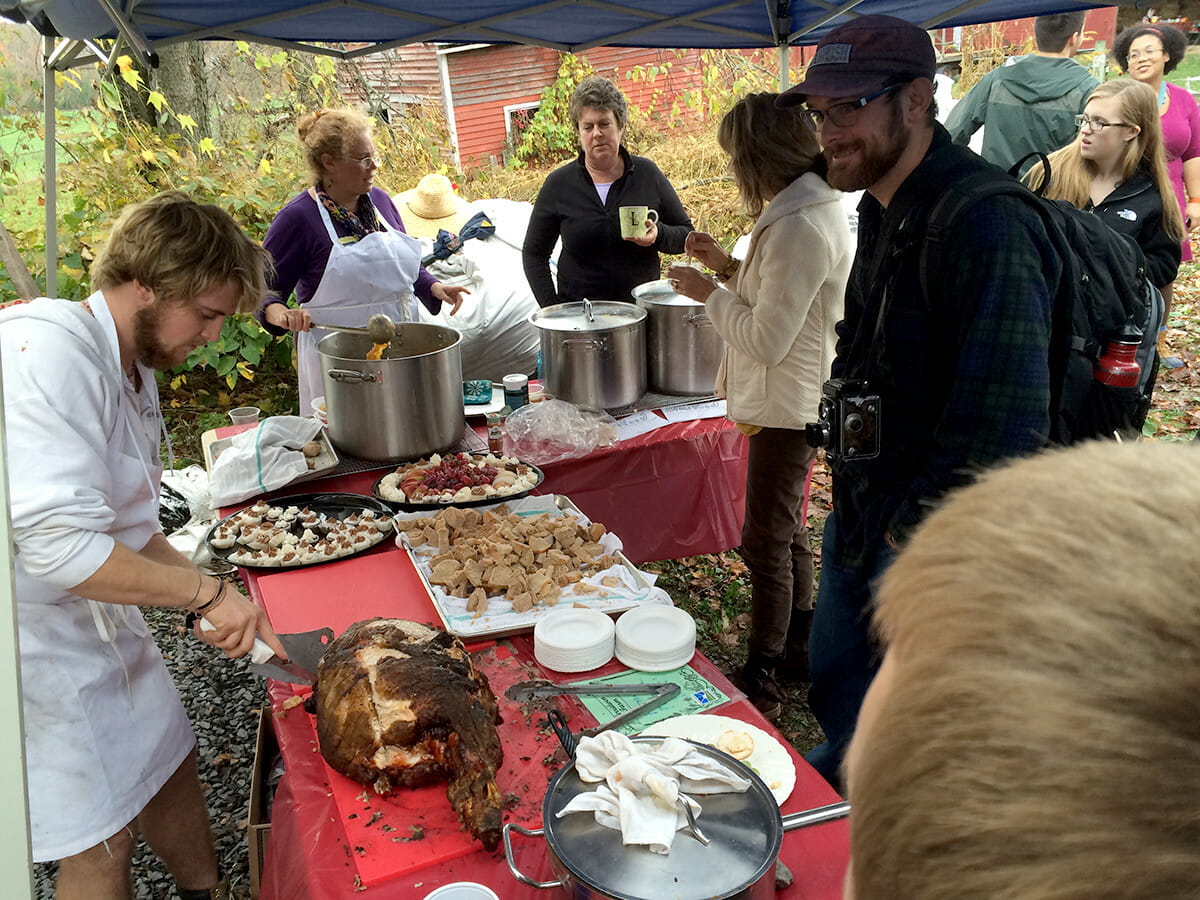 Nonetheless, the awareness of where food comes from is experiencing an upswing among the college population, as countless campuses (including Skidmore College in Saratoga Springs, N.Y.; Kenyon College in Gambier, Ohio; and Warren Wilson College in Asheville, N.C., to name a few) have developed ambitious initiatives to source more food locally.

“Middlebury College has a longstanding commitment to sustainable dining,” says Dan Detora, executive director of food service operations at Middlebury College in Vermont. “We think using local foods is important because it provides us with the freshest possible ingredients for our students, and it supports local Vermont businesses and jobs.”

Sean Clark, an agriculture and natural resources professor at Berea College in Kentucky, says there was a time not so long ago when this mindfulness was nothing novel.

“When Berea College was founded in the 1800s, and carrying all the way up into the 1900s, most students came with some agricultural background, and they understood a lot more about where food came from and how it was produced,” says Clark. “Today, just like in the rest of the country, we have about 1 percent of the population farming, and very few of the students who come here have any background or understanding of production, post-production processing and the many steps in that food value chain that occur before it ends up on their plate.”

For some colleges that have implemented such projects, the food comes straight from farms operated on the campuses themselves, and college food waste is recirculated back into the system. Berea is one such college, with a 480-acre farm that employs about 45 students each year.

“Groups of interested faculty and staff thought it was odd to have a college farm that produced food … but none of that food ended up coming into dining halls where students ate,” says Clark. “In the late ’90s, people started asking questions as to why that is.”

The end of the 20th century also marked the turning point for Green Mountain College in Vermont, which at one time had three working farms, according to Philip Ackerman, who directs the school’s farm and food program as well as its master’s degree program in sustainable food systems.

“Local is nothing new to GMC … but our rural college got caught in the tidal wave of change that impacted most all colleges in the U.S., and we ended up essentially with a cut, open and pour kind of cuisine,” says Ackerman. “We set out to change that approach at about the same time that we decided to try and be the most sustainably focused college in the nation. Local food was seminal and central to those early efforts.”

As of last year, Green Mountain sourced 36.9 percent of food locally. Berea currently stands at 20 percent, with an eventual goal of 50 percent. According to its website, Kenyon’s dining hall features 40 percent local food. 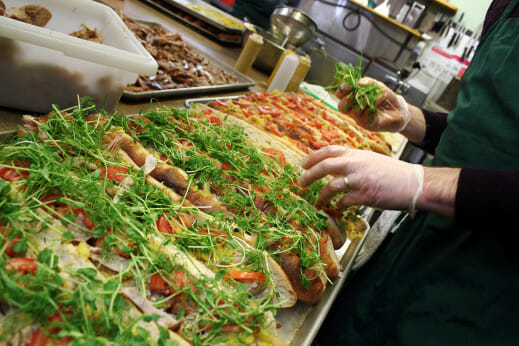 Middlebury recently committed to serving 30 percent “real food” by 2016 (defined as food grown locally within 150 miles; raised humanely; grown using ecologically sound practices and/or fair trade), a figure already far surpassed by Vermont neighbor Sterling College, which was ranked No. 1 in the country by the Real Food Challenge (the school serves 76 percent “real food,” 54 percent of which is local).

“We eat food from our own farm, as well as from local farmers, because we don’t just study sustainability and healthy food systems: we live it,” says Christian Feuerstein, director of communications at Sterling.

At Hampshire College in Massachusetts, an audacious target of eventually sourcing 100 percent of campus food locally is being aided by a $250,000 grant from the Henry P. Kendall Foundation.

“As we move forward with the college’s strategic plan, healthy food and sustainability are part and parcel of what we do here,” said Beth Hooker, Hampshire’s director of food, farm, and sustainability, in a prepared statement.

Local foods purchased by colleges run the gamut from produce, raw ingredients and condiments like syrup to locally raised meats and dairy products like beef, pork, yogurt and ice cream.

“In the end, local food is sort of the stone we threw in the pond, and now it’s reverberating and making waves in other sectors,” says Ackerman. “It’s opened our eyes, our hearts and our wallets, all at the same time.”