Antibiotic-Resistant Bacteria is Blowin' in the Wind - Modern Farmer

Antibiotic-Resistant Bacteria is Blowin’ in the Wind

There may be more than just the smell of manure downwind from large cattle feedlots in America's Central Plains states. According to a new study, antibiotic-resistant bacteria coming from these businesses is being spread via the wind. 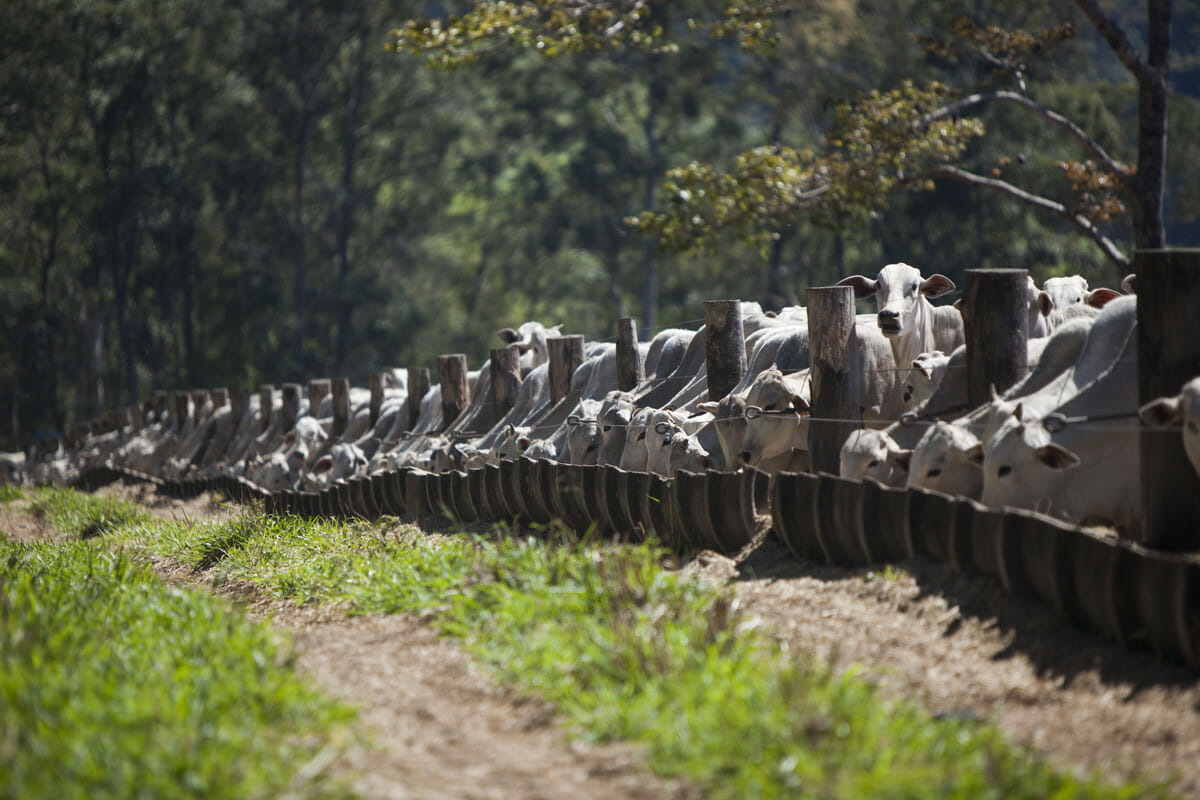 Scientists from Texas Tech University found bacteria containing genes resistant to antibiotics, as well as evidence of the drugs themselves traveling through the air, leading to a “significant potential for widespread distribution” of the material. The result is antibiotic-resistant bacteria that “can be transported to new locations where they may occupy new niches.”

According to the study, the “emergence and spread of antibiotic resistance has become a global health threat” linked to “overuse and misuse” of antibiotics and “modern industrial-scale animal feeding operations rely extensively” on these drugs “to augment animal growth.”

We already knew antibiotics and antibiotic-resistant bacteria make it into the environment from large-scale feedlots through wastewater runoff or when manure from these places is used as fertilizer on farms, but this study was the first to show it’s also spread through the air.

The researchers found much more bacteria (the kind associated with cattle) that had genes “encoding resistance to tetracycline antibiotics” in “significantly greater” numbers downwind from large feedlots than upwind.

This news comes after another study determined the use of antibiotics in agriculture across the globe is likely to skyrocket in the next 15 years, due to the rise of large-scale industrialized farms in order to meet the ever-increasing demands of global meat consumption.

With the continual overuse of antibiotics, “superbugs” resistant to these drugs are emerging. The fear is that at some point in the not-too-distant future, we’ll end up in a situation eerily similar to the 19th and early 20th centuries, before the development of penicillin and other life-saving antibiotics. No one wants to return to a time when tuberculosis killed as much as 25 percent of the populations of Western Europe and North America, and a mundane cut could be a death sentence.

Recently in Los Angeles, two people died in a hospital from antibiotic-resistant bacteria and dozens of other patients were exposed to the superbug through a much-used medical device that hadn’t been properly cleaned. According to the U.S. Centers for Disease Control and Prevention, more than 2 million people a year in the U.S. are made sick by drug-resistant bacteria, with about 23,000 dying as a result (based on 2013 data). Globally, about 700,000 people a year die from these superbugs, according to the Review on Antimicrobial Resistance.

The problem goes far beyond the agricultural sector. Experts say doctors are also to blame for overprescribing antibiotics. Additionally, the rise in antibacterial products, from hand sanitizer to soap, isn’t helping the problem.

Late last month, President Barack Obama asked Congress to double the funding to deal with the rise of these superbugs, warning that if nothing was done there could be “tens of thousands of deaths, millions of illnesses” as a result, according to The New York Times.

The White House rolled out a new plan to deal with the problem that includes research on new drugs and better surveillance of outbreaks, among other initiatives. But some say the plan doesn’t address the issue of overuse of antibiotics in livestock. The United States Department of Agriculture doesn’t currently collect detailed data on the subject, and won’t begin to do so until next year. Even that depends on whether the agency gets the funding to do it. The plan is to collect the data and then possibly use it to set targets to reduce antibiotic use in agriculture, according to Ag Week.

Meanwhile, in Oregon, lawmakers are considering curtailing the use of “non-therapeutic” doses of antibiotics for livestock in that state. Proponents say new legislation is needed because the USDA isn’t doing enough to handle the situation, the Portland Tribune reports.

The study from Texas Tech shows that as we move forward in trying to prevent more superbugs from developing, we must consider all the ways in which antibiotic-resistant bacteria make it into the environment, whether it’s via a doctor’s prescription pad or the wind.