A Who's Who of Colorful Egg-Laying Chickens - Modern Farmer
Animals, Plants

A Who’s Who of Colorful Egg-Laying Chickens

Here's a short list of breeds that lay colorful eggs that need no dye to tantalize the eye. 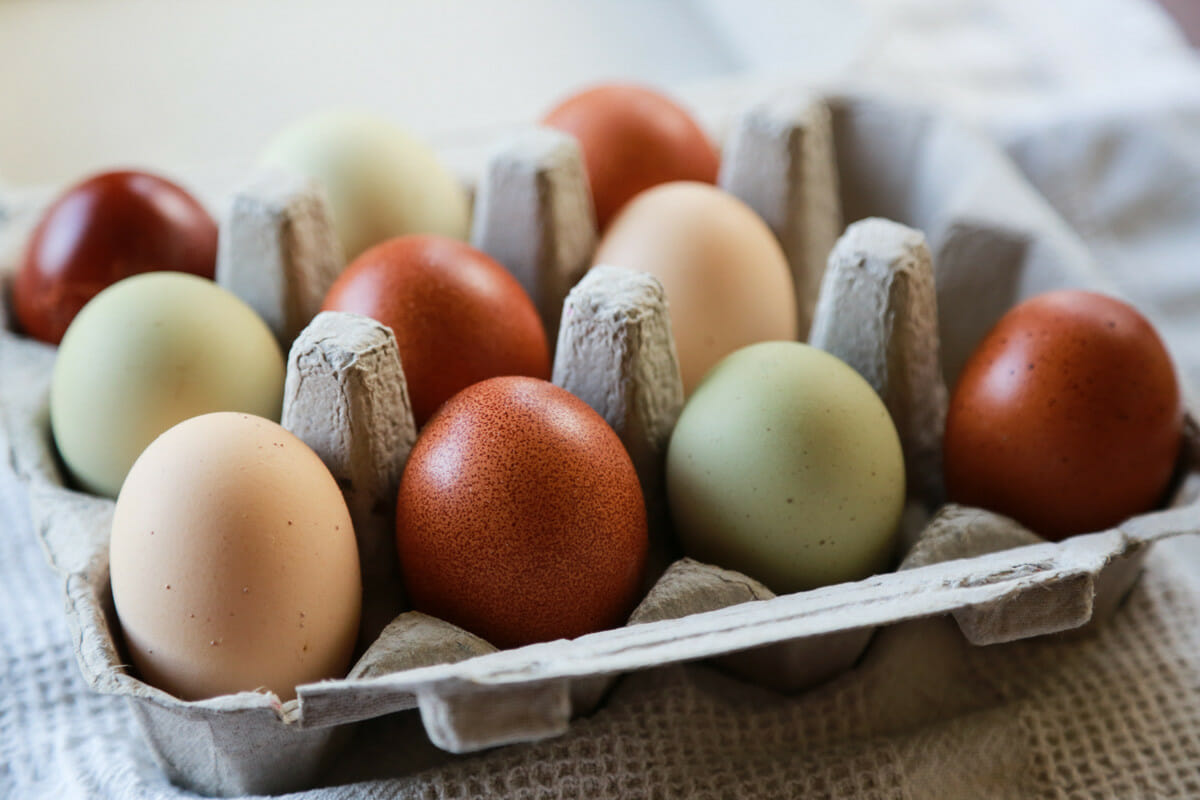 Ameraucana
These birds sport tail feathers and have muffs and beards on their faces. They were developed in the U.S. and were recognized as a distinct breed in the 1980s.

Araucana
This tailless breed that sports ear tufts is believed to have originated in Chile, but there seems to be some debate on whether they were actually developed in the United States.

Easter Egger
These birds are not really a breed. The name is a sort of a catch-all term for blue/blue-green egg-laying chickens that aren’t true Ameraucanas or Araucanas.

Marans
This breed was first developed in France and dates back to the 19th century. Today, there are a number of varieties with names like Silver Cuckoo and Red Copper-neck.

Penedesenca
Developed in the Spanish region of Catalonia in the early 20th century, this smaller-sized breed has large, beautiful combs.

Barnevelder
This Dutch breed characterized by prominent orange eyes and yellow legs was developed in the town of Barneveld.

Plymouth Rock
This American breed was developed in the mid-19th century in New England.

Black Australorp
Developed in Australia in the early 20th century, it was made famous when a hen laid 364 eggs in a year’s time in the 1920s.

Aseel
This ancient breed has been around for thousands of years and was developed in India and Pakistan for cockfighting before making its way to the United States in the 19th century.

Yokohama
This bird was developed in Germany in the 19th century from Japanese breeds and is known for its dramatic tail feathers.