Clover has many benefits for eco-conscious farmers and gardeners. 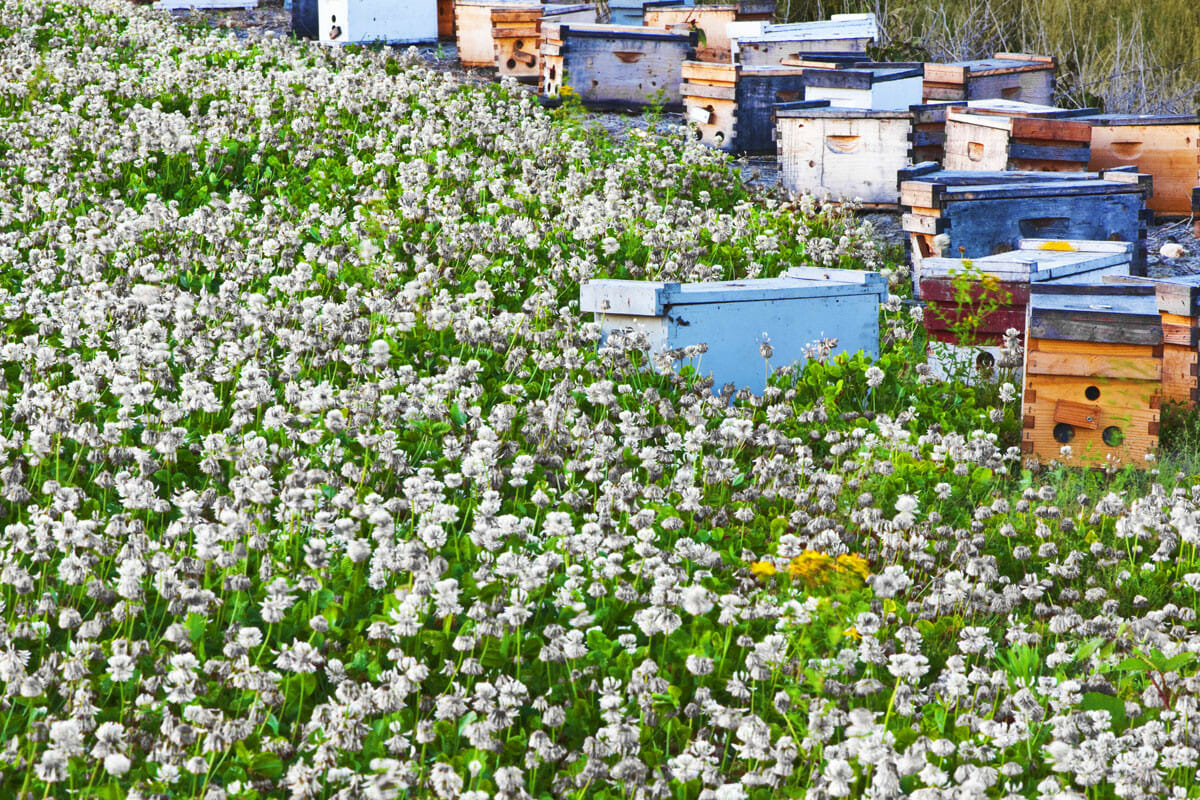 Since World War II, the tiny wildflower has been sidelined as a weed and duly killed off by petrochemical herbicides designed for large-scale crop production and perfectly manicured lawns.

But the maligned clover has started to reclaim its reputation as a valuable resource with a long list of agricultural benefits. Organic farmers plant clover to improve soil quality and reduce the need for artificial fertilizers. Livestock owners grow it to provide nutrient-dense forage for grazing animals. Gardeners seed it into their lawns to attract beneficial insects. Herbalists tout the healing powers of its tea. A few adventurous home brewers are even trying their hand at clover wine.

Before we consider these virtues, however, let’s acknowledge the one that beats them all: Lazy, wonderful moments on a meadow awash with tiny flowers, hunting through a clover patch for a perfect four-leaf specimen.

Clover serves as green manure that amends soil by fixing nitrogen. A clover’s three (or occasionally four) leaves pull nitrogen from the atmosphere and channel it down to a vast root system, where its nodes turn it into a stable form of decaying plant tissue that nourishes its neighbors.

To maximize its benefits, organic farmers often plant clover as a companion crop to rye, oat, wheat, fescue and other grasses. The surrounding plants absorb clover’s natural nitrogen through their roots. As a general rule of thumb, planting a 1:4 ratio of clover to a companion perennial grass will fix enough nitrogen that the farmer won’t need to supplement it. Along with fixing large amounts of nitrogen, clover has a long taproot to draw minerals and nutrients from deep in the soil strata.

Organically produced nitrogen has several advantages over the manufactured kind. It is less likely to leach into the groundwater, leads to greater crop yields and saves on the cost of buying nitrogen.

According to Sustainable Agriculture Research and Education (SARE), a four-year Wisconsin study showed that red clover “fixed enough nitrogen to supply the equivalent of 160 pounds per acre of nitrogen fertilizer.”

Organically produced nitrogen has several advantages over the manufactured kind.

Variables like weather, stand density, soil conditions and many others ultimately determine how much nitrogen the two most common clover varieties – red and white – can fix. A rough guideline is that white clover (also called Dutch clover) is a perennial capable of producing 100-200 pounds of nitrogen per acre annually. Its equally popular cousin, red clover (also called cow, purple or meadow clover) is an annual, and typically produces lower quantities of nitrogen, from 50-150 pounds per acre.

While its reputation as a nitrogen fixer is well-established, the nutritional value of clover forage is frequently underestimated. However, clover pastures provide livestock with diets that are high-protein, which ultimately translate into leaner meat and more nutritious milk. Typically grown with other forage grasses, clover improves digestibility in livestock and reduces the risk of animal diseases and disorders linked to mineral deficiency, according the Oregon Clover Commission.

The organization concluded that clover forage results in “more milk production, higher weaning weights and increased likelihood of high reproductive efficiency.” The results can be significant: “The use of clover in forage crops can have an enormous impact on the economics of pasturing grazing animals.”

Generally, white clovers make for better grazing, while red clovers are best suited to hay and silage. Red clover, however, is better suited to yearlong growth and forage rotation. Clover also serves as feed for chickens, geese and birds. It has been used in seed mixtures to attract wild geese to sanctuaries and reduce damage to farmland.

In the same way, clover can distract other hungry thieves, including deer and rabbits. In fact, they may love it enough to snack elsewhere and skip the prize roses – at least for a while.

Its traditional name is Bee Bread, which illustrates how vital clover is to bees and hive support. Scientists who study colony collapse link bee decline to the eradication of clover, dandelions and other lawn-banished “weeds.”

Along with honeybees, clover nectar feeds butterflies, moths and other good bugs. A 2014 report from the U.S. Department of Agriculture cites crimson clover – a species that thrives in North America – as an important habitat for beneficial insects. Along with pollen and nectar, clover meadows supply food, water and shelter to predators and parasites that fend off pests.

Clover boasts many properties that make it an ideal cover crop. It grows quickly and abundantly. Many species are winter hardy and thrive in a wide range of soils and climates. Its vast root system and fibrous decay material make clover a useful living mulch. It helps suppress weeds, control soil temperature, prevent erosion and boost the water-holding capacity of sandy soils.

Hobby farmers and gardeners are increasingly using clover, inter-planting it in orchard groves, market gardens and vineyards. Eco-conscious gardeners are replacing their once-uniform yards with diverse grass mixtures to create urban and suburban meadows. And perhaps before long, clover will be lucky enough to be welcomed back by the pickiest golfers and lawn purists.

We have grass now but want to switch to clover. What steps should we take to do that? Skin the grass or just cut it really really short, then seed with clover?

Great article. I loved it. Thank you 🙏