A cooking table that could be your everything table. 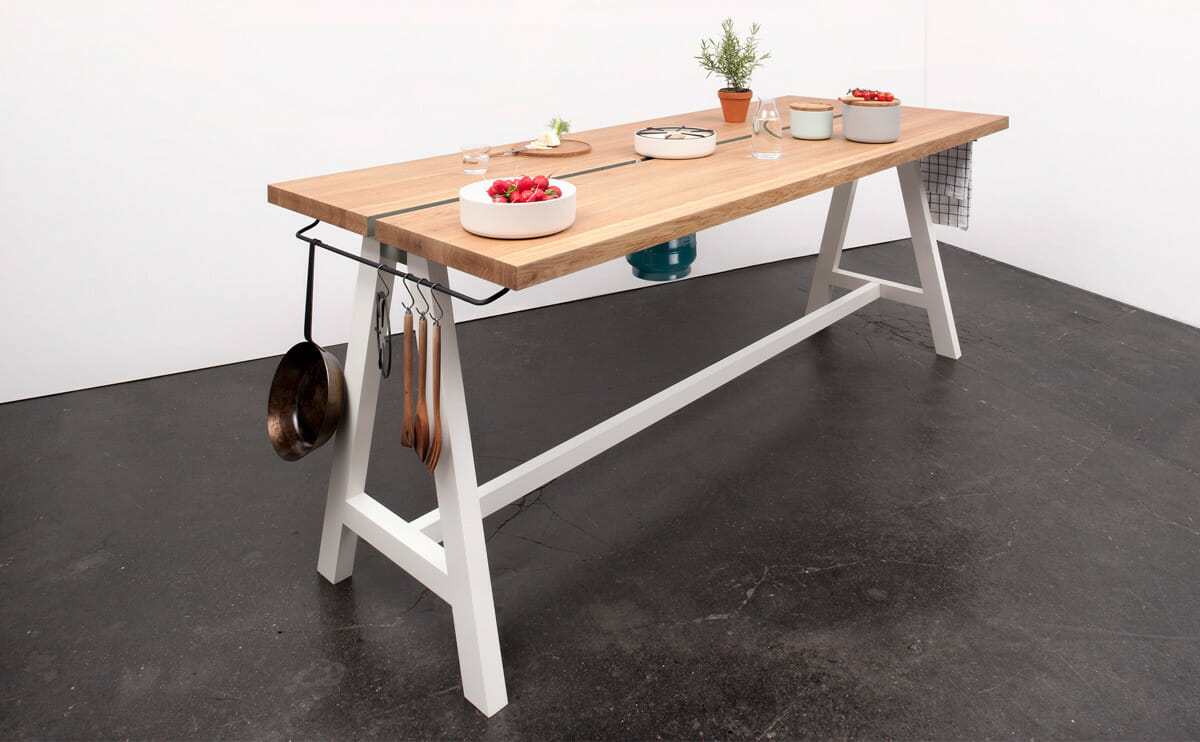 But the sleek lines of The Cooking Table, from German designer Moritz Putzier, mask a multifunctional ability that reimagines how we cook and eat together.

The Cooking Table is a sleek, countertop-high table with gas burners running down the center, allowing it to double as a cooking range. Pots and pans hang from the sides, and matching ceramic containers can be used for cooking or storing food (the lids even serve as cutting boards).

Putzier, who won a prestigious Interieur Award in 2014 and has been nominated for a German Design Award in 2015, wants his modern design to reignite traditional cooking and dining customs. “It’s mainly a table that is a center of our daily life,” he says. “It’s where we communicate, work, meet or just come together.”