Where Have All the Womyn Farmers Gone? - Modern Farmer
Lifestyle

Where Have All the Womyn Farmers Gone?

Throwback to 1970s, the era when the nation witnessed a boom in women-led farms. 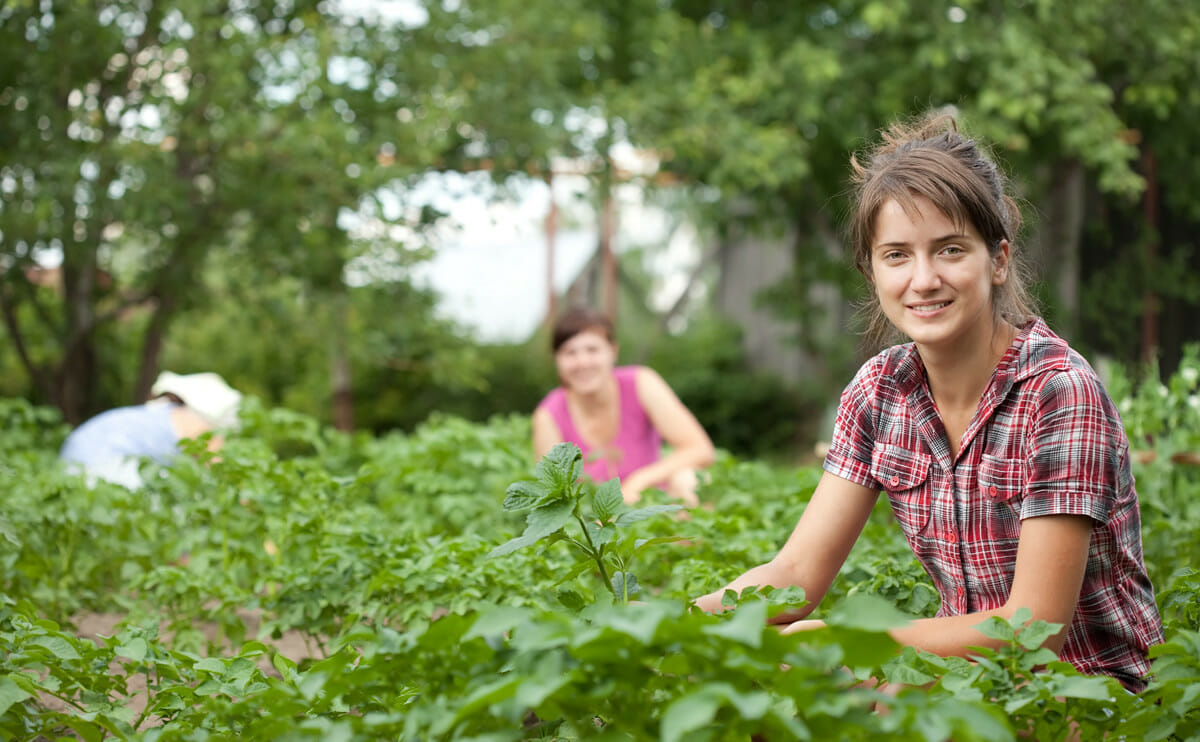 The same questions could as easily be asked today, when more U.S. women are entering farming than ever before. Since the 1970s, NPR reports, the number of female-led farms has tripled, and women now constitute farming’s largest minority.

But this isn’t the first time the nation has seen a boom in women-led farms. In the 1970s, radical feminism collided with the nascent organic movement and the idea of “womyn’s land” was born. As urban feminist factions splintered into increasingly radicalized subsets, disenchanted members started communes with names like Arkansas’ “Yellowhammer” and Oregon’s “WomanShare.” Independent magazines and newsletters such as Country Women, written by a collective located on California’s Mendocino coast, promised to teach their readers “how to negotiate a land purchase, dig a well, grow vegetables organically, build a fence and shed, deliver a goat, skin a lamb, spin yarn, and raise a flock of good eggs.” Sustainable separatism was the name of the game: when in 2009, Michael Pollan lambasted Betty Friedan’s The Feminine Mystique as “the book that taught millions of American women to regard housework, cooking included, as drudgery, indeed as a form of oppression,” he overlooked an entire generation’s attempts to re-contextualize domestic work as a feminist undertaking.

It was the emphasis on gender politics that differentiates yesterday’s separatist communes and collectives from today’s female farmers.

It was this emphasis on gender politics that differentiates yesterday’s separatist communes and collectives from today’s female farmers. A change in consciousness, rather than business, was the entire point: women’s spaces, writes Joanne Stato in a 1990 issue of the feminist magazine Off Our Backs, share “the sense that a woman could let down her guard against danger and use her energy in a deeper way, for her own purposes.” In practice, this resulted in an enthusiastic amateurism. Oral histories of these farms are vague as to how much farming and sustainable living was actually accomplished. “The purpose of the co-op,” reads a 1978 brochure from the Wisconsin Womyn’s Land Co-op, archived by the Wisconsin GLBT History Project, “is to hold land for future generations, to conserve and maintain [the Earth’s] organic resources, and to guard her against exploitation and depletion.” Lofty goals, but it hardly screams “economically viable.”

Many women found the idea of empowerment through self-sufficiency alluring. “We thought we had gotten the answer,” one anonymous separatist would later say with a laugh to the historian Dana R. Shugar in her 1995 study Separatism and Women’s Community, “and the answer was anarchy, consensus, and private land!” But this early idealism gave way to inter-commune arguments. Some advocates of political lesbianism, who, like prominent leaders of the time such as the activist and theorist Ti-Grace Atkinson, argued that sexual orientation was a choice and that heterosexuality was anti-feminist, clashed with women who loved and were sexually attracted to other women. As the years wore on, it became increasingly clear, too, that many of these communes were dominated by women of white, middle-class backgrounds, who did not always provide a welcoming environment for women of other races and classes.

Farming, too, was difficult, backbreaking work. The writer Ellen Willis, looking back in 1984, chalked up the movement’s failures to an inherent conservatism implicit in its separatist, consensus-based and anti-hierarchical leanings. “The implicit corollary,” she wrote, “was that traditionally feminine behavior was the only truly sisterly behavior.”

Few explicitly separatist farms exist today. As an experiment, they are a failure: “In 20 to 25 years,” Emily Greene of northern Alabama’s Alapine collective told the New York Times in 2009, “we could be extinct.” Though the separatist communes of the ’70s publicly portrayed themselves as guardians of Mother Nature, farming in practice became, more often than not, something of an afterthought, a means to the end goal of living without men. Despite this, some of the separatists’ youthful ideals ”“ sustainable living, more women farming, and, yes, an interest in homesteading ”“ have lived on, and can be found, 40 years later, blossoming amidst today’s increase in women-led farms.

“I’m actually a part of that shift in demographics,” says Laura Olsen of Northfield, Vermont’s Green Mountain Girls Farm. Olsen, who founded the farm eight years ago with her partner, Mari Omland, says that, “For our first three years, we were all women ”“ women-owned, as well as women-run.” But, she notes, “That was just by happenstance … I think part of that is a perception [among the farm’s mostly female applicants] that they’ll be treated more equally.” Many of their employees, she says, “are really interested in working for a women-owned business,” though the number of male applicants and employees has, she is quick to point out, risen over the years.

For many interested in sustainable agriculture, however, the political locus has shifted from the labor to the product itself. For the women’s farms of the ’70s, a shared vision of women’s liberation was the entire point of farming; the crops that they lived off of were simply a byproduct. Among today’s homesteaders, a dread of the national food system, with its use of chemicals and synthetic ingredients, is the deal breaker: “Every choice I made was loaded,” writes Jennifer Reese in her 2011 cookbook Make the Bread, Buy the Butter: What You Should (and Shouldn’t!) Cook from Scratch to Save Time and Money, “and every choice I made was wrong.”

Food politics have long been a contested topic within feminism, but while today’s female farmers share an interest in sustainability with the separatist communes of an earlier feminist period, they differ in their thinking about the purpose of farming. For most of today’s farmers, farming and food production are the goals, while for the separatists, they were a means. Though the separatists’ ultimate goal of liberation never quite materialized, their belief that women could cultivate the land as well as men is now in full bloom. Though their approaches differed, the separatist women farmers of the 1970s were pioneers, helping to pave the way for today’s female growers.

Ed. Note: An earlier version of this story said women were now the largest majority of farmers, not minority.