We All Scream for Snow Cream 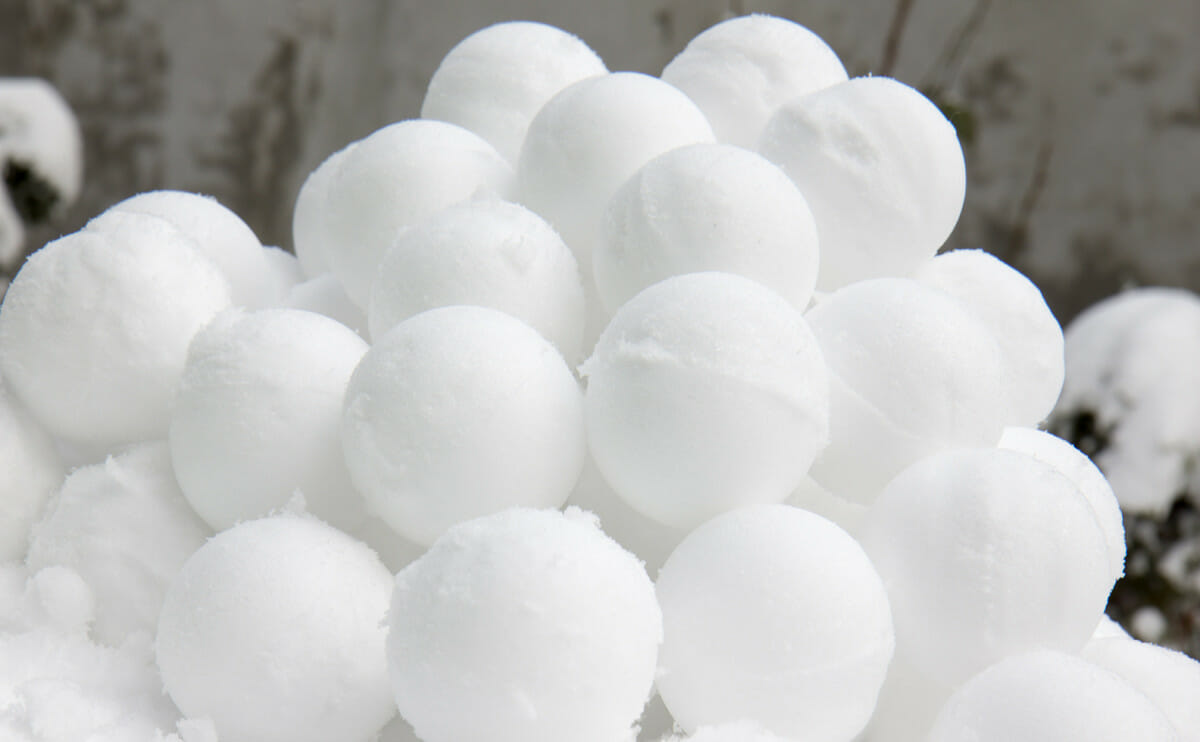 An au naturel seasonal snack that defines wintertime for thousands of children and adults alike, snow cream is the more meteorologically dependent cousin of ice cream, crafted by combining a handful of kitchen staples with a big bowl of freshly collected snow.

The basic ingredients of snow cream – milk or cream, sugar, vanilla and snow – make the concoction simple enough for children to whip up, and sugary enough to satisfy even the most voracious sweet tooth. Occasionally, flavored coffee creamer, food coloring or a beaten egg also find their way into snow cream recipes, with coffee creamer trending towards Northern snow cream creators and the richness of the egg being an Appalachian tradition. If you’re less of a purist, sweetened condensed milk or evaporated milk can speed up the snow cream-making process, and a variety of accoutrements – from strawberries to chocolate chips – are an acceptable addition for anyone who can’t imagine a frozen dessert without piles of toppings.

Kentucky-based cookbook author Ronni Lundy – whose mother could “smell the snow coming” – remembers the snow-cream making process distinctly from her childhood. “My mother set the metal pot or dishpan out in the snow to chill, and I remember sometimes she stood on the porch to make it,” says Lundy. “She would mix the egg, milk, sugar and vanilla up and chill that thoroughly before mixing, too. It was very important to mix it quickly and lightly, but thoroughly.”

The best kind of snow for snow cream is the fluffiest possible – straight from the sky.

The best kind of snow for snow cream is the fluffiest possible – straight from the sky. Snow is often collected in a deep pot or (traditionally) a cleaned-out dishpan that has been situated specifically for snowfall gathering. For those attempting to collect snow from the ground, the powdery kind scraped just from the top is preferable, ensuring that no twigs or dirt are collected in the snow-gathering process.

The popularity of snow cream is unique in that it’s not a regionally specific dish – it’s a rural-specific one. Growing up in a non-urban area or small town has more impact on whether or not one knows the joys of snow cream than growing up in the plains of the Midwest or the slushy Mid-Atlantic. “Both my dad (southern) and mom (northern) made snow cream growing up,” says Ellie Lawrence, a graduate assistant at Appalachian State University. “My 22-year-old little brother keeps a can of sweetened condensed milk in his college dorm room for snow!”

Snow cream isn’t the only kind of sweet treat that can be made from the wintertime snow pile-ups. In New England, a maple candy called “sugar on snow” (or “jack wax” in upstate New York) is crafted by pouring boiled, soft-ball stage maple syrup onto a sheet of fresh snow and eating the resulting sweet – a thick, chewy taffy – with a fork or one’s hands. “We always liked the Grade B maple syrup because, to us, it has a stronger maple flavor,” says New Hampshire-native Peggy Austin. “When the syrup gets to the soft-ball stage, you gently pour it across the snow. You can’t concentrate it in one area because it’ll melt it, but if you stream it out across the snow, it’ll become a taffy-like consistency.”

In Minnesota, blogger Molly Yeh of My Name is Yeh uses her annual abundance of the white stuff to make caramels and throw a “snow picnic” featuring, “a take on Asian shaved ice, by topping [snow] with condensed milk, red bean paste, sugar syrup and fruit.”

Country music stars also seem to have a deep affinity for making snow cream, having gobbled down mouthfuls as children growing up in the Appalachian Mountains. In her accent-tinged 2004 cookbook, You’re Cooking It Country: My Favorite Recipes and Memories, Loretta Lynn recalls her mother collecting the fallen snow in a cleaned out, shallow dishpan. “There was eight kids and her and Daddy, so there’d have to be a lot of snow to make snow cream. But in Kentucky, where we lived, when it started snowing it might snow ten inches or so. I’d always hope there’d be enough for snow cream … we just went crazy for it.” Johnny Cash’s bassist Marshall Grant also spoke about how the Man in Black would get a hankering for snow cream, recalling a time in 1957 when the two stopped on the side of a snowy North Carolina road to make snow cream and came face-to-face with a black bear. “I guess he smelled our snow cream and wanted some for himself – and here he came!”

Of course, some musicians aren’t as thrilled to revisit their childhood pleasures. “I hear with pollution and all in the air that folks say you shouldn’t make snow cream these days,” the late Bluegrass legend Chet Atkins told Ronni Lundy in her book, Shuck Beans, Stack Cakes and Honest Fried Chicken. “And you know, that’s really a shame, because it was a wonderful, wonderful thing to have every winter.”

Concerns over pollution in falling snow are not a new phenomenon.

Concerns over pollution in falling snow – airborne particles trapped in each delicate, crystalline structure – are not a new phenomenon. My own Baby Boomer mother was warned as a child that the snow could potentially contain radiation from nuclear fallout, a sentiment widely shared by concerned Cold War parents. “We were warned not to eat snow cream – a concoction our parents made with snow, sugar and milk. The Russians had been doing atmospheric nuclear testing and our scientists told us the snow might be contaminated,” Michael J. Brooks, a columnist for The Huntsville Times in Huntsville, Alabama, wrote last year.

While there’s always the lingering fear that acid rain, bacteria, sulfates and even lead could find their way into an innocent childhood creation, eating half a cup of snow cream each year (crafted with fresh – not sludgy – powder) probably isn’t any worse than the occasional Happy Meal indulgence.

Airborne pollutants might not be an acute worry when crafting snow cream, but there is a golden rule that can’t be overlooked. Every snow cream lover gives the same inaugural lesson when schooling first-timers, giggling a little: Whatever you do, don’t eat any yellow snow.

Mix your egg, sugar, cream and vanilla in a bowl and pour it over a large bowl of snow. Add chocolate chips, fruit, or other additions of your choice before freezing. Stir it quickly before it melts and put it in the freezer or eat right out of the bowl.