Rock Stars of the Bug World

When rock stars meet bugs, the results are bugs named after the stars. 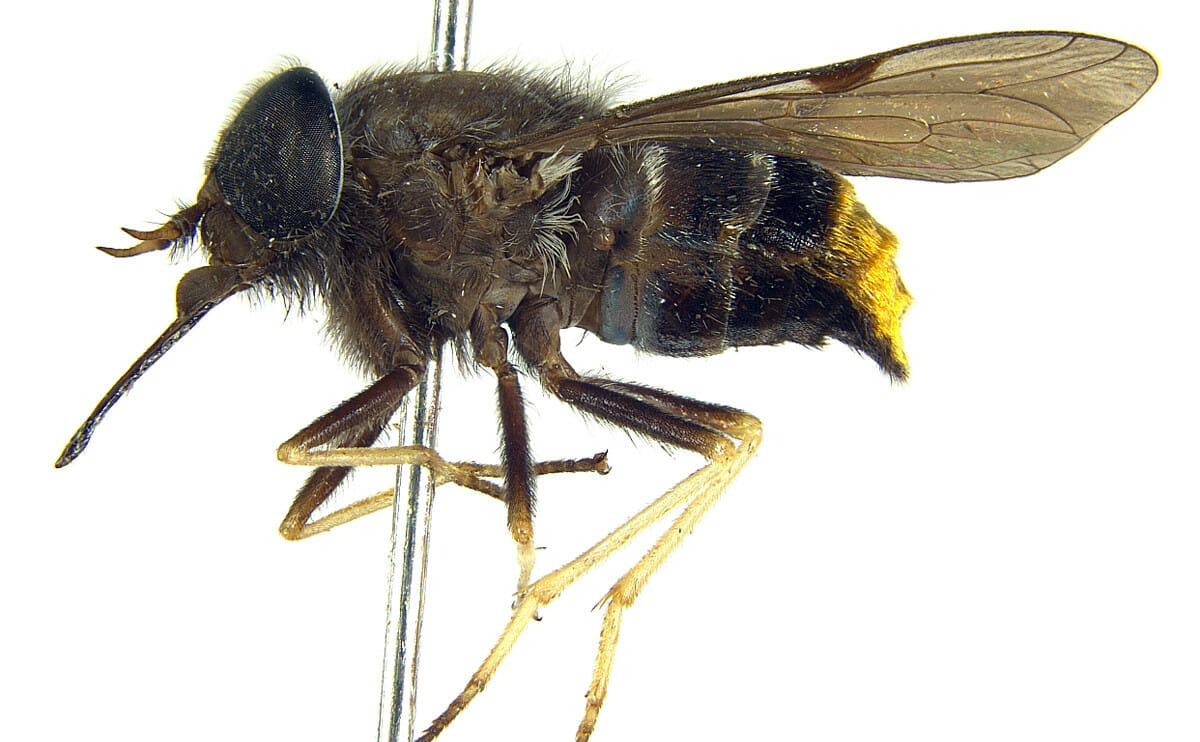 For scientists, the name for a newly discovered plant, animal or insect is often determined by appearance, function or ecological importance – standard naming fare. However, some edgy researchers throw caution to the wind, taking a cheekier approach by naming their unearthed species after historical figures, notable personalities and – with increasing frequency – rock stars.

The International Commission on Zoological Nomenclature is a global governing body that assists with the naming of animals, and offers guidelines for those looking to label their discoveries in a way that’s slightly outside of the box.

The scientific naming formula is a complex web that’s almost enough to make a person dust off their high school history textbook. A scientific name (taxon) that specifically honors a person or persons is called a patronym; a name in honor of an entity is called an eponymous taxon. There are dozens of “dos” and “don’ts” for scientific naming, from how to properly pluralize and gender Latin words to firm restrictions on repeating names within a genus.

The most important rule, though, seems more like a humblebrag stopgap than anything else: don’t make any critter your namesake. (Sleep easy, there will be no Paleacrita Sarahbairda inchworm sliding around anytime soon.) In most cases, the animal’s genus is already defined, leaving its species name open for interpretation.

For years, there has been noticeable favoritism in the selection of classic rock stars as animal name inspiration.

For years, there has been noticeable favoritism in the selection of classic rock stars as animal name inspiration, leaving the likes of painters and religious leaders in the dust. (There is a lone extinct rodent named after Paul Cezanne.) The most likely rock star namesakes? Popular Baby Boomer artists from the freewheeling 1970s. Blame it on age or the soft rock tastes of zoologists and biologists, but spiders and rats are far more likely to be named after Pink Floyd than early-2000s mainstay Pink. The Beatles – individual and as a unit – have been the muses for a number of creatures, including the Bumba lennoni (John Lennon) spider, Avalanchurus starri (Ringo Starr) triobyte and the wriggly Greeffiella beatlei nematode. Freddie Mercury has a namesake East African crustacean, due to his roots as the most popular singer in his native Tanzania (formerly Zanzibar). Mick Jagger even gets in the mix with his own personal snail, the Anomphalus jaggerius.

However, 2015 might be the year that the punk scene overtakes classic rock as a source of critter-naming inspiration. Late last year, scientists deemed a deep sea snail with a particularly edgy, spiky shell Alviniconcha strummeri after lead guitarist Joe Strummer from the iconic British punk band The Clash. The Indian Ocean-based snail lives in one of the harshest underwater environments imaginable: near a giant, hydrothermal vent.

“Because they look like punk rockers in the 70s and 80s and they have purple blood and live in such an extreme environment, we decided to name one new species after a punk rock icon,” Shannon Johnson, a researcher at the Monterey Bay Aquarium Research Institute, told the Santa Cruz Sentinel.

The Strummer-named snail follows in a small-but-mighty line of hardcore insects and arachnids. A genus of subterranean Mediterranean “velvet” spiders was named after Velvet Underground front man Lou Reed in 2012. 1998 saw trilobites named after the Sex Pistols as well as each member of the Ramones, from Dee Dee (Mackenziurus deedeei) to Johnny (Mackenziurus johnnyi). While we might not live to see my punk-insect dream of a Bikini Kill slug, it wouldn’t be surprising if in the next 20 years, a five-legged beetle named after One Direction crawled its way into the scientific record.

Below are four insects and sea creatures that seems to be particularly well-named after guitar-strumming, booty-shaking inspirations:

Scaptia (Plinthina) beyonceae, Australian horsefly
Inspiration: Beyonce
This horsefly – named in 2011, before Queen Bey’s reign began in earnest – was crowned with this regal title because of its golden-hued posterior. “It was the unique dense golden hairs on the fly’s abdomen that led me to name this fly in honor of the performer Beyonce, as well as giving me the chance to demonstrate the fun side of taxonomy – the naming of species,” lead researcher Bryan Lessard said. Beyonce has yet to comment on her namesake bug.

Cryptocercus garciai, wood roach
Inspiration: Jerry Garcia
Laid-back, pot-smoking legend and Grateful Dead lead singer Jerry Garcia received the ultimate honor of having a woodland roach named after him after decades of smoking a (very different kind) of roach. The insect – which was christened in 1997 after the singer’s untimely death – is rumored to be easily soothed by the sweet sounds of Jerry and Merl Saunders playing “Soul Roach” if encountered in the wild.*

*This is wild speculation.

Anacroneuria taylori, Anacroneuria carole, stoneflies
Inspiration: James Taylor and Carole King
The acoustic-and-piano driven twosome are the favorites of Volvo-driving moms everywhere, and can almost always be found on the airwaves of a soft rock radio station. Their commitment to environmental causes led to the naming of stoneflies (which are completely intolerant of water pollution) in their honor.

Phialella zappai, jellyfish
Inspiration: Frank Zappa
Scientists love Frank Zappa almost more than any other musician – extinct rodents, snails, spiders, bacteria and an entire genus of fish are named after the quirky singer. No one put more effort into the naming process, though, than Italian jellyfish expert Ferdinando “Nando” Boero, who titled his tentacle-waving underwater discovery after Zappa in the hopes of meeting the musician. When told of his jellyfish counterpart, Zappa is rumored to have said, “There is nothing I would like better than having a jellyfish with my name.”