A look at the first cookbook from James Beard Award chef Sean Brock - it's not just about the recipes. 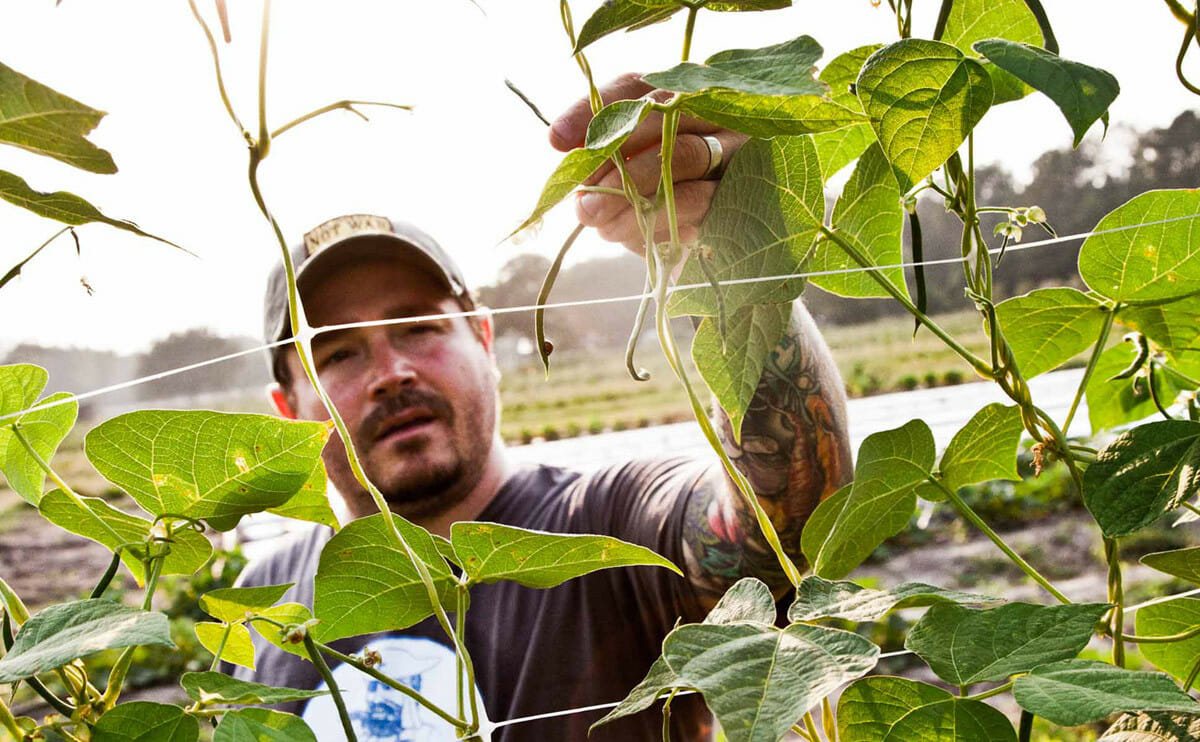 More than simply recipes, however, Brock focuses on the people behind the ingredients he favors, be it heirloom wheat or Lowlands rice. “These people really are the backbones of all of these dishes,” he says. “I want people to really respect the ingredients and respect those people, that’s really the big goal of the book. I think it just makes better food.” Brock introduces his readers to everyone from Gra Moore, who raises heritage-breed Buckeye chickens, to Celeste Albers, from whom he buys eggs (he also pitched in on her farm one onion season).

But don’t worry if you can’t find the perfect grits or ham hocks at your local farmers market. Brock’s book isn’t just about replicating the flavors he cherishes; it’s about helping people to find the farmers and tastes of their own hometowns. “It doesn’t matter if you’re in Sweden or South Carolina,” says the chef, a Virginia native. “It’s more about inspiring people to take the same journey that I was taking to find all this great food, to find all these great farmers, to find all these great stories.”

Brock’s book isn’t just about replicating the flavors he cherishes; it’s about helping people to find the farmers and tastes of their own hometowns.

He began this journey when he decided to try his hand at producing his own ingredients, renting land from a farmer to create a vegetable plot. “I was the only employee at that farm, which was a terrible, terrible, terrible mistake that I will never make again,” he says. Trying to grow food for a restaurant with minimal farming experience was overwhelming, but gave him an appreciation for the daunting amount of work that went into his dishes before it even arrived in his kitchen. “It changed the way I handle a carrot, it changed the way I treated farmers, and the same went for my whole team.”

Brock realized that to truly appreciate this aspect of cooking, he needed to explore animal husbandry. He convinced the farmer to let him use part of a horse lot to raise pigs. On a sliver of land along the marsh in the Lowcountry, with plenty of oaks dropping acorns and mud for wallowing, Brock’s porcine charges were raised in idyllic circumstances. But, of course, their time eventually came to an end. “I’ll never forget the first time I loaded a pig up and took it to the slaughterhouse; it was extremely emotional,” Brock says. “I didn’t know what to expect because I had been playing games with these pigs, feeding them chocolate milk, taking naps with them.”

Being familiar with the animal made him intensely aware of its value.

When he saw the pig in the kitchen after slaughter, Brock says it was the most beautiful pork he had ever seen, cementing for him the importance in raising animals with care and respect. Being familiar with the animal made him intensely aware of its value. “We took that pig back to the kitchen and we put a new liner in the trash can and swore that that liner would be as empty and clean as it was when we put it in when we were done with that animal,” he says. “That’s the way we broke that pig down, and nothing went into the garbage except for the bones after stock, which we eventually learned how to turn into charcoal. From that day forward, that’s how we broke pigs down.”

Now, Brock confines himself to seeking out experienced vegetable and livestock farmers with only the highest standards. His experience with these growers, as well as his own attempts at farming, continue to inspire his work in the kitchen. “When you deliver that plate to a guest of a pig that you raised and carrots that you just pulled out of your garden, you want to rush out to each table, to each guest, and share that with them,” he says. “That changed the way I’ll cook forever.”