Bivalve Brews: A Beer Made With Whole Oysters

A stout made from the entire oyster, including shell, meat and liquor. 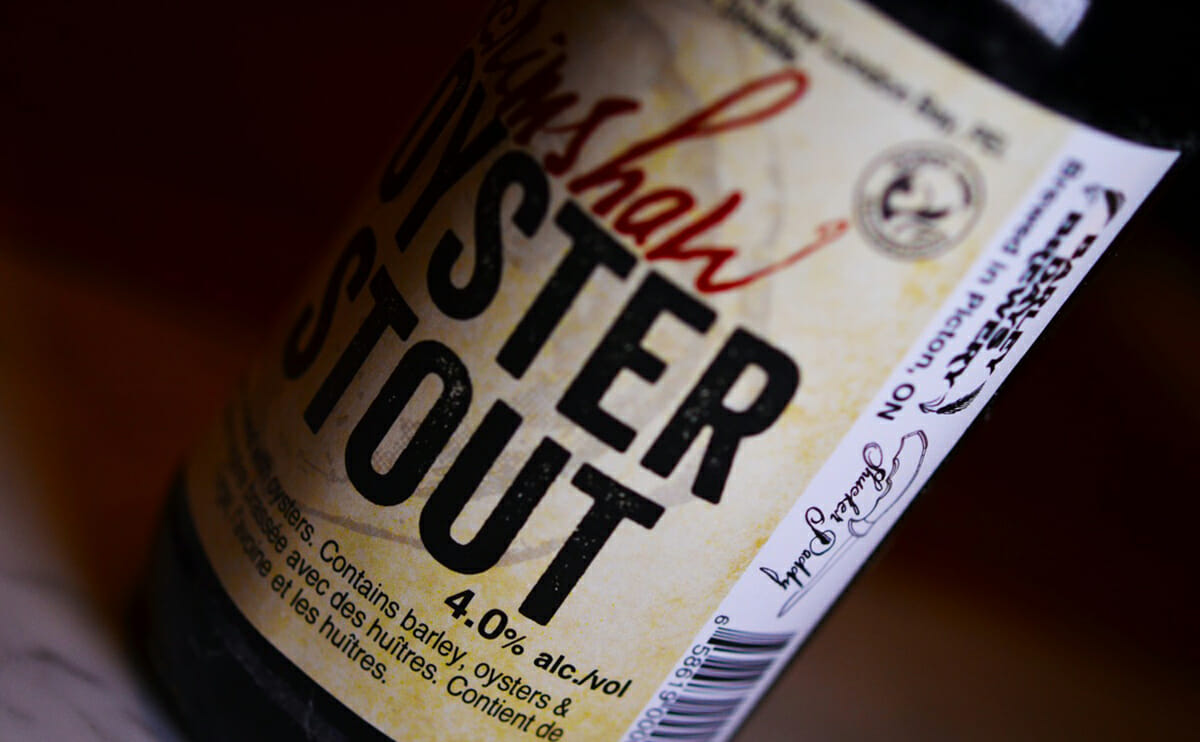 McMurray’s recent project, barely one year old, is Scrimshaw Oyster Stout, a full-bodied dry Irish stout made in collaboration with Barley Days Brewery in Prince Edward County, Ontario. What makes this brew extra-noteworthy is it’s made with the entire bivalve, including shell, meat and liquor.

“In the 1800’s they would pitch whole oysters in a brew. So why not try it?” says McMurray.

Scrimshaw uses only farmer George Dowdle’s Green Gables Malpeque oysters in its stout. The family-run seafood company is located on Green Gables Road, near where famed author Lucy Maud Montgomery was born. The farm produces single bed oysters that are, according to McMurray, a “perfect blend of sweet and salt.”

“Single bed oysters are grown from seed to finish in the same spot, in this case a five-acre area in New London Bay. The lease has four spring water wells bubbling up under the inter-tidal zone. You can still walk through water when the tide is out,” says McMurray.

Nothing is wasted in the process. The brewer, who operates an organic farm in the area, saves the shells and meat when the brew is filtered.

The harvest travels from Prince Edward Island to the brewery, where the whole oyster is thrown into a secondary boil. McMurray worked with Barley Days Brewery to get the best balance of flavors. After initial experiments, they reduced malt and chocolate notes and increased the number of oysters from 1,000 to 1,500 per 2,000-liter batch.

“The oysters, fresh, 24 hours out of the water, go into the kettle – boom! – shell and everything,” says McMurray.

Nothing is wasted in the process. The brewer, who operates an organic farm in the area, saves the shells and meat when the brew is filtered. The shells go to a chicken farm; the barley, malt and oyster meat to a pig farm. (According to McMurray, Prince Edward County is “a hot and heavy place for vertical integration. Food goes from farm to table. Farmers and chefs work together.”)

After resting in tanks for two weeks, the beer goes into bottles, kegs and casks. The finished product is a dark, thick stout with a light mineral clean sweetness up front with roasted chocolate and coffee notes underneath.

“Our first batch sold out to 20 beer halls,” says McMurray. “It didn’t even make it to some of the oyster bars in town, like Rodney’s and Oyster Boy.” 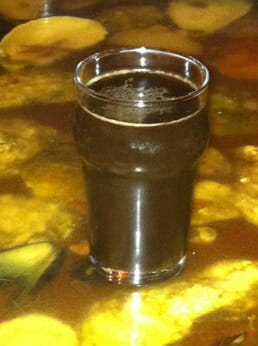 As of November, it is now easier to find and purchase Scrimshaw Oyster Stout. Approved by the Liquor Control Board of Ontario (LCBO), the beer has just hit liquor stores in Ontario, bottled and labeled in six-packs. McMurray is hoping to place bottles in oyster bars other than his own, and to ship to other parts of the continent.

“The next issue is shipping it across borders,” says McMurray, who plans to tackle the issue in the new year.

Until then, you can sample the stout at various pubs and restaurants in Toronto, Ottawa, Prince Edward County, and other locations, or pick up a six-pack at LCBO stores.

McMurray seemed surprised the stout’s popularity has jumped from the world of oyster geeks to be a hit among craft beer aficionados, a group he refers to as “beer nuts.”

“The beer nuts thought it was good! It’s not only the whacked out oyster shuckers who want it,” he says.

Nuts, whacked out, or simply curious, make sure to sample your stout with a side of something tasty, preferably a half-dozen freshly shucked oysters.