Photographs of Boiko highlanders living just over the Polish border. 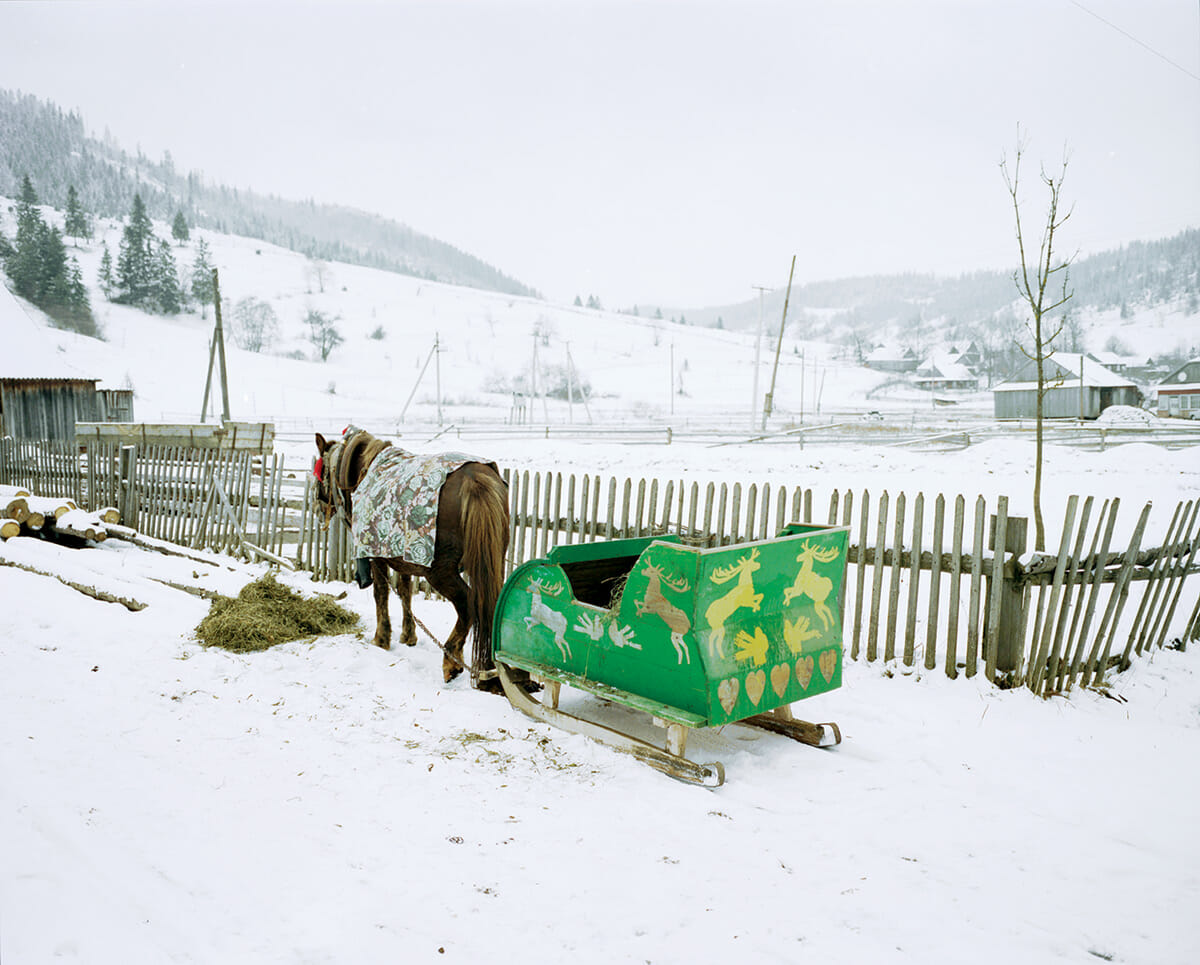 High in the cliffs, Boikos live “basically the same way as their grandparents – the same tools, only working with their hands,” according to Brykczynski They raise cows for milk and cheese and pigs for meat; they also grow cucumbers, carrots, onions and other vegetables. Potatoes are prepared in every way possible: boiled, fried and mixed with pig fat.

Their lives are ruled by the seasons. In the hot, busy summer months, they rise at 4 a.m. to cut grass, which they dry for hay to feed the cows. Vegetables are tended, harvested and pickled in preparation for winter. “It’s a very busy time, and you can barely speak to them because they’re on the run all the time,” says Brykczynski.

During the cold season, manure is hauled on colorful horse-drawn sleds to the gardens and spread across the snow. When spring arrives, the melt carries the fertilizer into the earth. The short winter days are quiet, and villagers have time “to sing, to drink, to watch TV,” says Brykczynski.

But there’s more to Karpatskoye than workaday routines: Magic is also a way of life. “They really believe in white and’dark magic, and there are many rituals for the livestock and for growing food,” says Brykczynski. He readily admits that Boiko life entails hardship, but it was the magical quality of the village that he tried to capture in his work.

“All of Central Europe used to live this way,” he says. His images of the village often prompt viewers to recount stories told by their grandparents. “It’s our common roots and tradition.”

Top: Brightly painted sleds are used for transporting manure during wintertime and are even used to ferry male and female pigs to one another for mating.