How (and when) did the word 'ass' become vulgar? 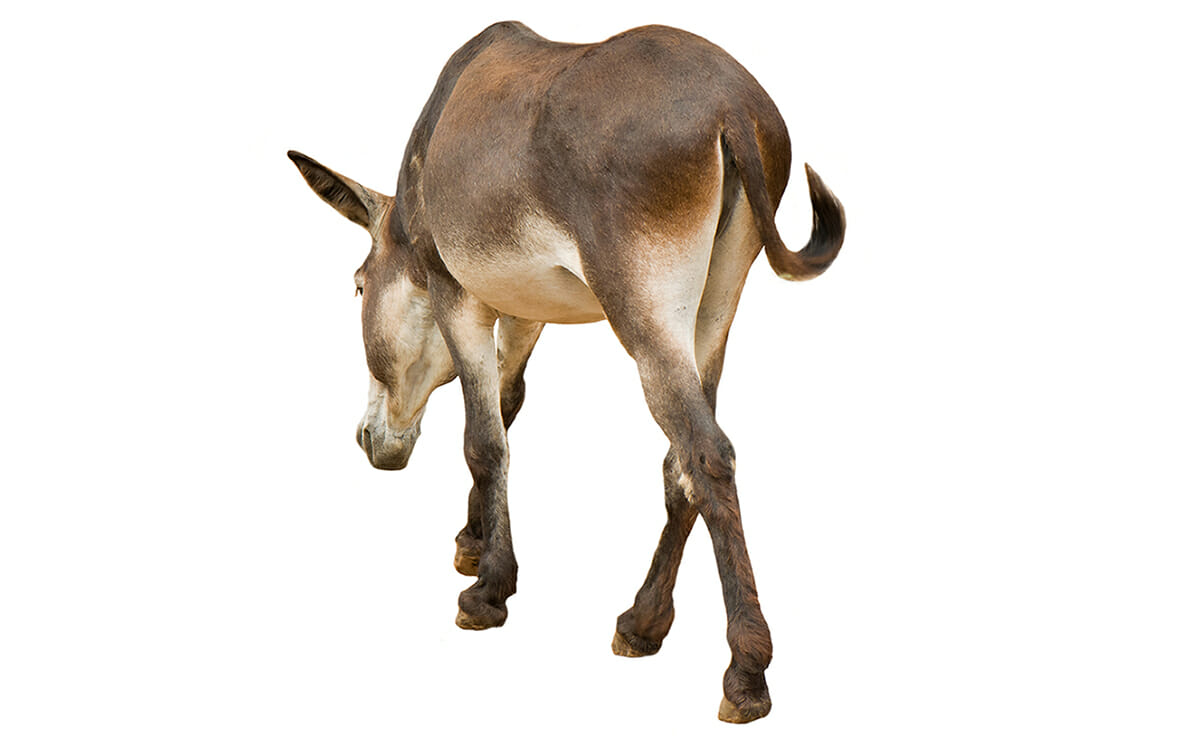 Same thing goes with the word ass: “I was calling her a donkey-hole, Mom.”

Ireland is the most likely country for a farmer to proclaim an undying love for his ass — in reference to his beloved donkey, that is. According to the Oxford English Dictionary, the word donkey supersedes the word ass in all other English-speaking countries when referring to the animal.

And then there’s jackass. Jack is the technical name for a donkey of the male species, just like Jenny (or Jennet) is the technical name for a female one. So literally speaking, calling someone a jackass is simply calling them a male donkey. (We are unsure if/when the term jennyass will catch on.) Of course, in popular culture, it has come to mean idiot — this probably isn’t news to you. Most derivatives of the word ass that you hear today refer to either an idiot or a backside.

We are unsure if/when the term jennyass will catch on.

Fables have portrayed donkeys as clumsy and stupid since the time of the Ancient Greeks -”“ think Homer or Aesop. And then there’s Buridan’s Ass, a paradox developed by philosopher Jean Buridan in 14th century France. The puzzle is a hypothetical situation wherein an equally hungry and thirsty donkey is placed exactly halfway between a bale of hay and a pail of water. In this illustration of free will (and with the ultimate assumption that donkeys are really, really stupid) the ass is unable to choose between the food and the water, and so dies.

Ben Hart of The Donkey Sanctuary thinks that assumptions make — well, you know. He thinks Buridan’s ass is bunk. “Donkey’s behavior is commonly misunderstood, principally because their behavior is compared to that of the horse, rather than viewed as a separate species,” he said at a University of London conference on donkey, mule and hinny cultures worldwide.

Now let’s talk about the whole derriere double-meaning: in A Midsummer Night’s Dream written in the late 1500’s, Nick Bottom is transformed into an ass -”“ a random Shakespearean coincidence? Methinks not. In modern-day England, people speak in a non-rhotic dialect, or one where the r-sound is often dropped from the verbal pronunciation of certain words. The word arse likely morphed into the word ass this way (just how words like curse became cuss, burst became bust, and so on).

TO ENHANCE ANY CONVERSATION

1. Stubborn as a mule. Because we stereotype donkeys as stubborn (see above).

2. Talk the hind legs off a donkey. It takes a great deal of effort to make a donkey sit down. A persuasive (or very verbose) talker might be able to do so.

4. Donkey’s work. All across the world people use donkeys as pack ainmals, loading pounds of materials onto their backs for transport.