A history and celebration of our favorite starchy dinner staple. 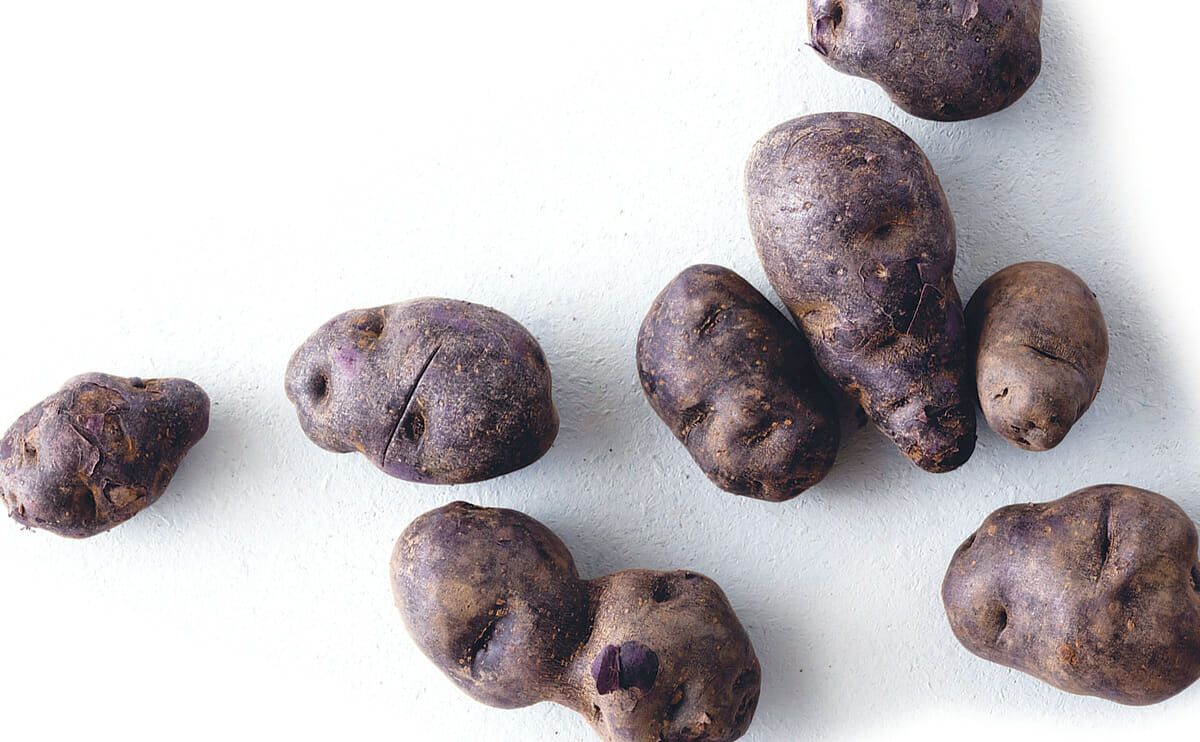 The potato, Solanum tuberosum, was originally cultivated in what is now Peru some 7,000 to 10,000 years ago. There, in the high, cold Andes, the traditional way to preserve the vegetable was by freeze-drying. In the 16th century, the Spanish conquistadors brought the potato back to Europe. But this tuber failed to catch on – at first.

Over the centuries, a handful of European rulers recognized the potato’s potential as a useful food crop and tried to popularize it. Marie Antoinette even wore potato flowers in her hair in an attempt to make it fashionable. But it was the fact that the potato could be grown successfully on fallow land that caused it to be cultivated on a large scale in Europe by the end of the 18th century. Ireland’s dependency on the potato to feed its people received a devastating blow with potato blight, which caused the Irish Potato Famine of 1845, resulting in mass death and immigration.

The potato’s characteristically delicate flavor and starchy texture makes it a versatile ingredient, though usually served as an accompaniment rather than as a highlight. “They are the perfect vehicle for almost any flavor, ranging from coconut to olives, and black garlic to turmeric,” says Anna Hanson, chef and owner of the acclaimed Modern Pantry restaurant in London. “They are fundamental to so many classic dishes from all over the world, from gnocchi to aloo gobi.”

One reason for the potato’s success is its sheer number of varieties – literally thousands of different types of potato exist. Broadly speaking, however, there are two categories of cooking potatoes: “floury” (or starchy) and “waxy,” terms that reflect their textures when cooked. So choose appropriately: Floury potatoes, such as Russet potatoes, have a higher starch content, which when cooked results in a dry, fluffy texture, preferable for making mashed potatoes and french fries. Waxy potatoes like French Fingerlings have less starch and cells that stick together when cooked, meaning that they are better able to retain their shape when sliced and are great in potato salads.

In Britain, Carroll’s Heritage Potatoes, a farm run by Anthony and Lucy Carroll, is working to revitalize the image of the spud. They specialize in heritage varieties, which have a “marvelous taste,” explains Lucy, but are difficult to grow commercially – they are more susceptible to disease, offer a lower yield and have unusual shapes that make them tricky to harvest without bruising. Among the Carrolls’ specialties are colorful Shetland Black, Salad Blue and Mr. Little’s Yetholm Gypsy. The Yetholm Gypsy, a Northumbrian variety, is “wonderful to look at because it’s got a red, white and blue skin,” says Lucy. “Chefs like to roast it, skin on.”

You don’t need lots of land to grow potatoes at home – just a pot with some seed potatoes will do. Chitting (also called “greenspouting”) your potatoes, or letting them grow shoots before planting, will help with a quicker and even more productive harvest. Plant potatoes in spring and then harvest in summer or autumn, depending on whether you’re growing “earlies” or maincrop potatoes (different varieties that grow for varying lengths of time). But don’t forget that all potatoes love sun and water. When it comes time to harvest, be sure to enjoy it. There is something magical about digging your fingers into the soil to find that the initial solitary tuber has multiplied into a handful of potatoes – dinner!

Preheat oven to 350 F. Heat half the butter in heavy frying pan over medium heat. Add onion and fry gently for 15 to 20 minutes, stirring, until softened and light golden-brown. Place thin layer of potato in well-buttered, ovenproof dish. Top with some fried onion and a few pieces of Swedish anchovy. Repeat, ending with layer of potato. Dot top with remaining butter cut into small pieces. In small pan, gently heat cream to simmer, and season with salt and pepper. Pour hot cream over potato mixture. Cover with foil and bake for 30 minutes. Remove foil and bake for 30 minutes more. The finished dish should be golden-brown and crispy on top, with soft potatoes underneath. Serve at once.