Why Does This Bar of Chocolate Cost $260? - Modern Farmer
Food & Drink

Why Does This Bar of Chocolate Cost $260?

An ancient strain of cacao bean in an untouched valley in Ecuador. 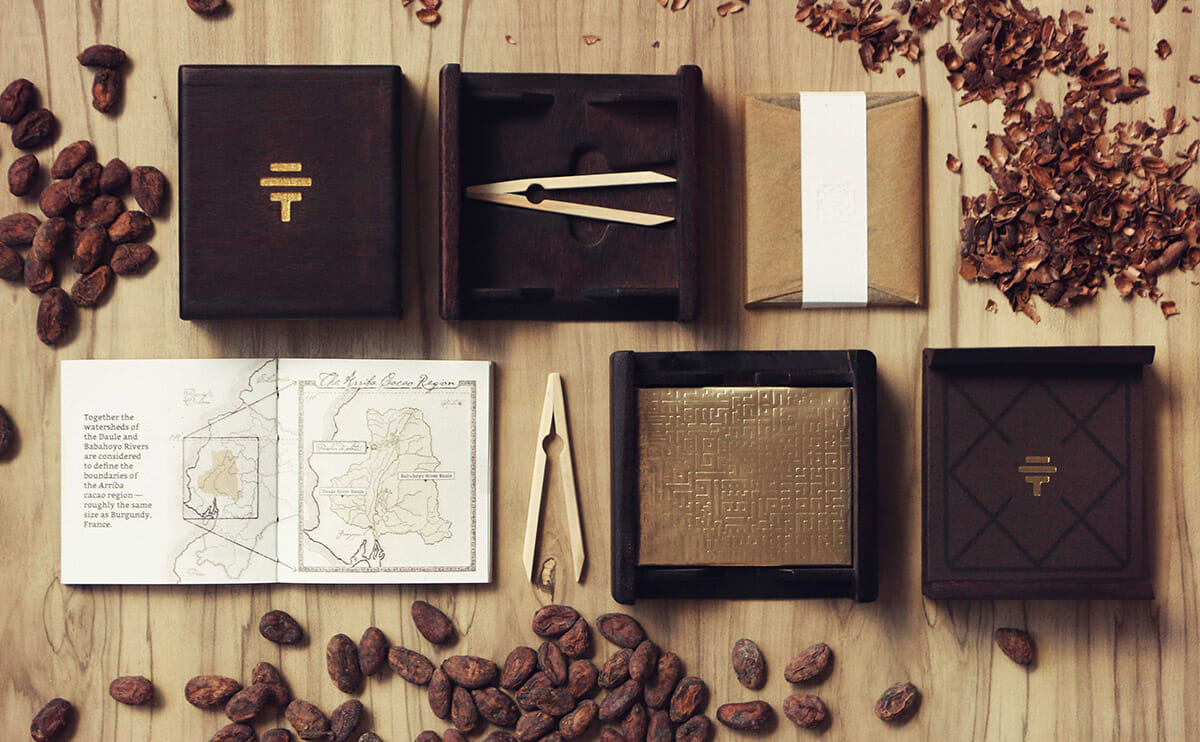 For starters, the founders of To’ak chocolate suggest splitting it 12 ways, so you get just over four grams for a more modest $21.66.

For high-end foodies who shell out big bucks for a few ounces of a rare wine or bourbon, To’ak founder Jerry Toth hopes the idea of dark chocolate tastings will be a compelling sell. Within five years, “dark chocolate tasting will be something that people in the US do,” he predicts.

Fewer than 200 of the 574 Ecuador-sourced bars produced in his first batch have sold so far, according to a running count on the To’ak chocolate website.

But Toth, a former Wall Street investment banker who cashed out in ’02 for a surfing trip that turned into a business venture, says he isn’t worried. He predicts that in 10 years, the high-end chocolate scene will boom to the point that he worries “it’ll be a saturated market.”

His 50-gram bars come in a wooden box with a serial number, informational guide and Spanish elm tasting tweezers.

So why do his 50-gram bars – which come in a wooden box with a serial number, informational guide and Spanish elm tasting tweezers to keep finger oils off the precious stuff – cost so much?

Toth blames, in part, To’ak’s old-school processing system: A team of 14 farmers harvest, cure and hand-package To’ak chocolate. But at the heart of the staggering markup, Toth says it’s mostly about the beans.

While “finding himself” in the southern hemisphere, Toth landed in the ManabÁ­ province of coastal Ecuador – “the heartland of cacao country” – and fell so in love with the landscape that he used his remaining savings to found the Jama-Coaque Ecological Reserve.

That won him the trust of a group of farmers in Piedra de Plata, who showed him an untouched valley of Fino y de Aroma trees: the near-extinct “holy grail” of cacao beans that was almost wiped out by a 1916 outbreak of the “witches’ broom” fungus, Toth says.

The valley happens to have the ideal conditions for cacao tree growth: 30 percent sun and 70 percent shade, thanks to canopy trees like orange, grapefruit, lime, mango and guava that enclose the valley of understory cacao trees and build a richly varied soil nutrient profile.

The To’ak farmers’ pedigree mirrors those of the trees, with genealogies that can be traced alongside the stories of the old-growth cacao plants. “The people that planted these trees are the grandfathers, and great-grandfathers, of the old men who are harvesting these trees today,” Toth says.

And just as lineages become diluted over time, so too have the old-growth trees that produce To’ak’s cacao beans. “The truth of the matter is, the crop that we’re getting now will maybe last for the next five years, 10 years, or if we’re lucky, a little longer,” Toth says. “It’s kind of like when you look at immigrants from Europe that came over in the 1890s. It’s a pure German family, and then one of the German kids marries an Irish kid from Chicago, and over time, there’s this slow evolution of genetics … the [current old-growth trees] have those old-school genetics.”

Toth and the To’ak team recently sent a selection of leaf samples for DNA analysis to help determine how the younger seedlings’ cacao could differ from the handful of 100-plus-year-old trees that currently produce their rare and prized chocolate bars.

They hope to be able to closely replicate the specific characteristics of the untouched old-growth trees in the valley, of which Toth estimates there are fewer than 200. “What we’re harvesting in 50 years will not be identical to what were harvesting now,” he says.

The company plans to keep producing chocolate in tandem with its conservation efforts. But like an aging family dog, Toth says he and his team have to resign themselves to the finite lifespan of their 81 percent-cacao chocolates.

“When a dog gets that age, it’s kind of like, well, how much longer do we have with this guy?”

Note: An earlier version of this story said To’ak’s farmers hand-grind the cacao beans. They are actually ground on a German-made mechanical grinder.

So that’s because of the genetic of the tree that it’s so expensive?