Dozens of religious farms now dot the landscape. Here are 6 worth knowing about. 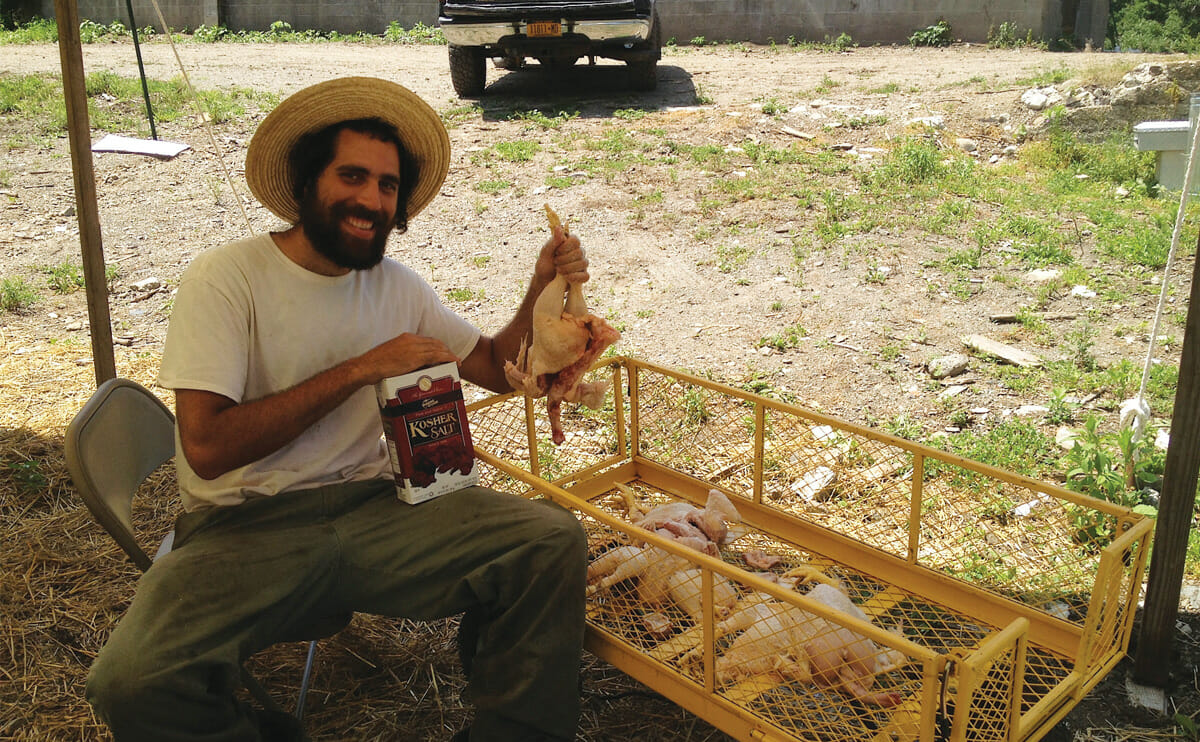 And their numbers appear to be growing. “It’s absolutely on the rise,” says Fred Bahnson, the director of the Food, Faith & Religious Leadership Initiative at the Wake Forest School of Divinity and the author of “Soil and Sacrament,” a memoir chronicling Bahnson’s experiences at four religious farms. “It’s partly influenced by the larger cultural renewal of interest in food, the whole food movement phenomenon. But I’d say it’s also coming from more a place of spiritual hunger, the desire for a deeper connection with our food, with the land, with community.”

Dozens of religious farms now dot the landscape. Here are six worth knowing about.

Haymarket, Virginia
The first year that Mouly Driss Aloumouati opened his farm for the three-day celebration of Eid al-Adha, 54 families showed up for the traditional lamb slaughter. This year, there were 600 and Aloumouati had to hire six county police officers to keep order. “It was crazy,” Aloumouati says. “It’s like Black Friday is for Walmart. And my neighbors, bless their hearts because they wake up and find 150 cars parked bumper to bumper for about a mile.”

The Morroccan-born Aloumouati, who works a day job in workforce development for Prince George’s County, first bought the 10-acre property west of Washington, D.C. in 2002 so his wife could keep horses. The farm was started two years later. Customers come from as far afield as New York to pick out a lamb, goat or cow and watch as it’s ritually slaughtered according to Muslim requirements. Aloumouati prides himself on catering to various cultural preferences — like Ghanians, who like their lamb smoked whole, or Mongolians, who prefer to do the slaughter themselves. “We kind of respect all cultures,” he says.

Moncks Corner, South Carolina
Farmers are no strangers to long days, but for the farmers at Mepkin Abbey, the three a.m. wakeup call isn’t to milk the cows. The monastery’s Trappist monks begin their day with several hours of prayer and meditation before heading out to tend their mushroom farm, which produces oysters and shiitakes for restaurants and retailers in the Charleston area. The work hours are typically short: two to three hours in the morning and afternoon, separated by a midday meal and more prayer. Unless there’s pressing work to be done, Sundays and holy days are taken off — though only the major ones. “Valentine’s Day would not be a big day at the monastery,” says Mary Jeffcoat, Mepkin’s communications director.

Cedar Grove, North Carolina
Anatoth was born out of a murder. In 2004, shopkeeper Bill King was shot in the head at the small grocery he ran in this sleepy one-stoplight town. After the killing, an African-American descendant of sharecroppers donated five acres of land for a garden she hoped would promote healing and reconciliation.

Named for the place where the prophet Jeremiah commanded the Israelites to seek peace by planting a garden, Anatoth operates an 82-member, sliding-scale CSA and runs educational programs that draw on Christian theology to teach social justice. “We’re really trying to engage this idea that humans can commune with God in the material,” says executive director Chas Edens. “Some Christians have steered away from that and see spiritual life as kind of from the head up. It doesn’t have much to do with the body, with the soil.”

Goshen, New York
It’s rare enough to find small-scale grain farmers these days. It’s stranger still when those farmers communicate entirely in Yiddish, the language of Eastern European Jews. But in April of this year, the folks at Yiddish Farm sold out all 300 pounds of Passover matza they had made from wheat grown, harvested and milled on their farm north of New York City. “If we had more staff, we would have been able to mill some more,” says Yisroel Bass. “It’s just a very labor intensive process.”

And that’s not the only challenge for these farmers who run several Yiddish language immersion programs throughout the year. By refusing to work on the Jewish sabbath, they encounter a whole host of dilemmas the typical farmer doesn’t worry about, like how to keep the seedlings watered on Saturday or what to do about uncollected chicken eggs laid in winter. “If it’s really cold they’ll freeze,” Bass says. “We might lose some eggs.”

Muir Beach, California
Founded in the early 1970s on more than 100 coastal acres north of San Francisco, Green Gulch is more than just another Bay Area farm hawking gorgeous California produce at the Ferry Plaza market. The farm is a full Zen center, hosting dharma talks and multi-day retreats in the countryside in addition to operating an apprenticeship program and a small CSA. Days begin with predawn periods of sitting and walking meditation, evenings include more meditation and often a class following dinner. Field work commences with the burning of incense and chanting and is conducted mostly in silence.

Falls Village, Connecticut
Their goats have names like Bagel and Menachem, the pickles and sauerkraut are local organic versions of Lower East Side staples, and the first crops to mature each year are ritually offered during the springtime festival of Shavuot. To mark the biblically mandated sabbatical year, this Jewish educational farm leaves one of their fields unfenced with a sign inviting the hungry to help themselves.

For the small cadre of farmers hungry to reconnect with Judaism’s forgotten corpus of agricultural laws, the Adamah farm, housed at a Jewish retreat center in northwest Connecticut, is a spiritual lodestone. “We’re reviving the agrarian, Earth-based practices of the ancient Hebrews,” says Sarah Chandler, the center’s director of Earth-based spiritual practice.