An English Farmer Turned a Peugeot into a Giant Sheepdog 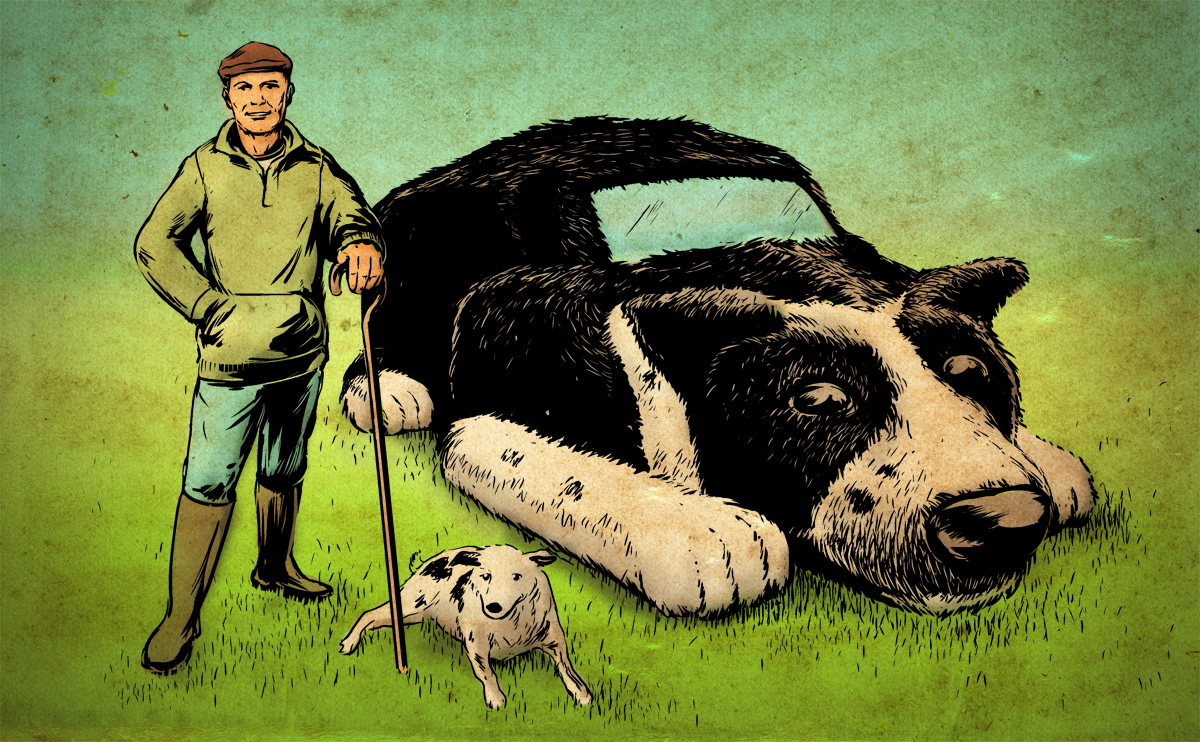 Dave Isaacs, an English farmer mourning the loss of his beloved sheepdog, did what any self-respecting fluff nut would do: he turned a Peugeot estate car into a giant replica of the dearly departed pup.

“‘I know it was a bit of a mad thing to do, but it was a tribute to my old sheepdog Floss who passed away,” the East Essex farmer told the Metro UK. “I have three kids and we loved her, and as a family we all missed her terribly.”

So very many questions. For starters, what is the fur made of? How in the name of Hooch did he replicate Floss’s markings? Is that a Plaster of Paris nose? Do the headlight eyes look super-creepy at night? What was the “Dumb and Dumber” influence here? Is Isaacs crazy? And does it really matter? 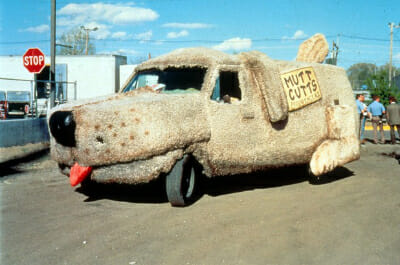 Early prototype from the movie Dumb and Dumber.

The story actually gets better: Floss the Car is a working sheepdog, capable of herding its (her?) charges at up to 40 miles per hour.

“She handles well, is obedient and nice and docile and surprisingly aerodynamic,” Isaacs told the Daily Mail UK, thus handing us the easiest “land rover” joke ever. “Sheep aren’t known for their intelligence, and they didn’t seem to notice the difference.” (Sheep, we’re a little disappointed in you.)

Alas, Floss is not long for the farm, given that she takes up a lot of barn space, is not licensed for road use, and is also, you know, a car dressed as a sheepdog. So clear your bidding calendars and cash out your 401k: Floss is heading to eBay. Searches for “Peugeot dog,” “Floss the dog car,” and “Peugeot dressed as sheepdog” have thus far yielded no hits, but we do know that Isaacs spent at least $2500 retrofitting the vehicle and that used estate models can go for a few thousand bucks. So we’re putting the starting bid at approximately a million dollars.

“As long as she goes to a good home, I’ll be happy,” Isaacs said.

Sir, you are the dog’s bollocks.