The World’s Most Haunted Farms

Any place could be haunted, and farms are no exception. 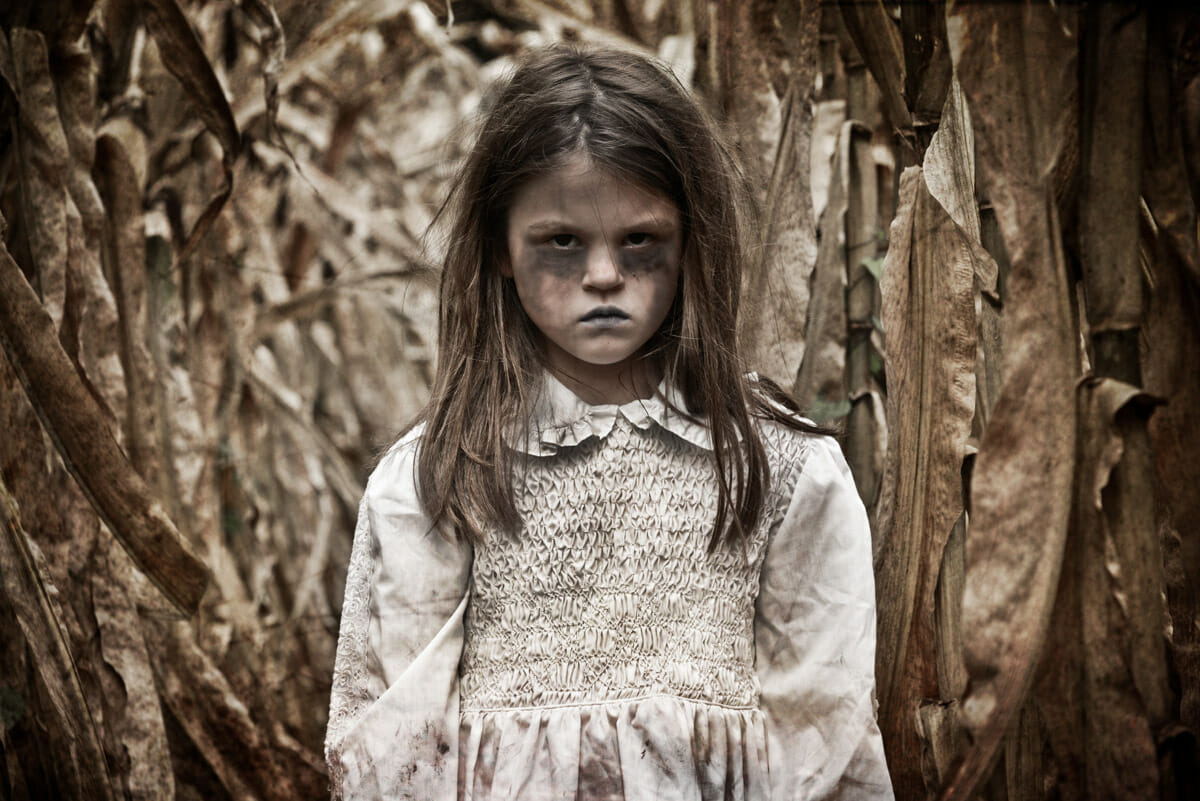 Desolate fields, creaking barns, terrifying scarecrows – as anyone who has ever seen “Children of the Corn” can attest, even the most wholesome crops can take on a sinister pallor. But is it all in our heads? The stories behind these haunted farms make us wonder.

“Leave the lights on at night,” was the advice the Perron family got when they moved into the old farmhouse in the winter of 1970. It didn’t take the family long to understand why. Eight generations of families have lived and died in the house and few seemed to have moved on, leaving the place packed with spirits, as recounted in the 2013 movie “The Conjuring,” which is based on tales from the farm.

According to town records, three people committed suicide at the house: two hung themselves and one chose poison. There were also two people drowned and four frozen to death; to round out the horror, an 11-year-old girl was raped and murdered by a farmhand. Ever since, bone-chilling incidents have plagued the house, described by Andrea Perron in her account of the haunting, House of Darkness House of Light.

The farm’s most dreadful ghost is Bathsheba Sherman, a rumored Satanist who hung herself from a tree behind the barn in the early 19th century. Andrea’s mother told a reporter from the Providence Journal in 1977 that she once woke up to find the head of an old woman shouting, “Get out! Get out! I’ll drive you out with death and gloom.” Attacks from Bathsheba got more intense. One of the Perron girls once found her leg bleeding from a large puncture and was allegedly possessed by the spirit. Her parents asked psychic investigators for help; they ended up moving to Georgia in 1980.

The family asked a priest to perform an exorcism more than once. It helped, but only for a short while.

On the day that James Link and his family moved into this picturesque farmhouse, a neighbor drove up to them, yelling, “What are you doing here? You can’t move in here!” That was Link’s first inkling of the terrifying events that transpired at the farm from 1970-1974, when the Dandy family was in residence.

The Dandys had witnessed a series of inexplicable events, from hearing strange chants to seeing chimney bricks removed by invisible hands to feeling burns on their bodies. They also spotted a male spirit in a plaid shirt and blue jeans holding a rifle at the end of the bed.

The family asked a priest to perform an exorcism more than once. It helped, but only for a short while. After the Dandys moved to the West Coast, the house passed through the hands of several owners, all of whom experienced these paranormal activities. Today, the Dandy House is still a destination for ghost seekers.

Located in the village of Pluckley, which was certified by the Guinness Book of World Records in 1998 as the most haunted village in England, Elvey Farm was built in 1406 and has been home to spirits ever since. Some of the spooky sounds visitors report hearing – such as mysterious footsteps and creaking floorboards – could be the work highwayman Robert Du Bois, who preyed on local villagers centuries ago until he was stabbed for his crimes. But the farm’s signature spooky happening, a voice saying “I will do it,” is none other than the ghost of Edward Brett.

Brett, who owned the farm in 1900, one day whispered those four words, walked to the old dairy barn and shot himself. His ghost apparently never left the estate. Now a boutique guesthouse, the current owners and their guests still report hearing his voice.

The legend of Australia’s most haunted place began when Christopher Crawley and his wife Elizabeth built the old homestead in 1876. The family seemed to be doing well on their farm until a maid who was holding their little girl dropped the child down a flight of stairs, killing her. The maid claimed an unseen force pushed the girl out of her hands. After the death of her husband, Elizabeth left the house only twice until her death in 1933; it’s said that after that, she never left at all.

Young children suddenly feel agitated when they near the stairs, and some people feel the presence of Elizabeth’s ghost and have heard her ordering them to get out of the dining room. Visitors also report the sound of footsteps on wooden floor, despite the fact that the entire house is now carpeted.

The Ryans, current owners of the property, describe living in the house as living with another family, just one that they can’t see. At least, most of the time.

Built in late 18th century, the rumor is that 10 people were murdered on this 600-acre land.

While only one murder is confirmed, there are plenty of spirit sightings in the house, with more than one way to let humans know they’re there. A grand piano on the first floor sometimes plays by itself, and the ghost of a curly-haired young girl wearing an ankle-length dress has been sighted floating around the house. Some people have seen children playing together.

The house was used as a location for the 1985 TV movie “The Long Hot Summer.” During filming, the crew rearranged the furniture in the game room and the dining room and left. When they came back, everything was moved back to its original place. Creepy.

The torments quickly escalated from scary sounds to physical abuse.

When John Bell and his family began hearing knocking sounds on the doors and the walls and the sounds of chains being dragged around the house, they blamed their neighbor Kate Batts, who they suspected of being a witch. The torments quickly escalated from scary sounds to physical abuse: The youngest daughter, Betsy, was pinched, scratched and beaten, while John sometimes felt a stick being stuck in his throat. When John died in December 1820, neighbors believed that Batts was responsible.

Two hundred years later, visitors to the farm claim that they heard sounds of people talking when no one’s around, and mist and orbs of light sometimes mysteriously appear in pictures taken there.

The country singer Loretta Lynn bought this plantation in 1966, the same year her song “Dear Uncle Sam” ruled the radio. The mansion was built by businessman James Anderson in 1876, despite the rumor that 19 soldiers were murdered and buried there in 1863. That hasn’t been confirmed, but it seems to fit with the Lynn family’s experience.

One night, Loretta’s son Jack encountered the spirit of a Civil War soldier trying to take off his boots; another son, Ernest, saw two soldiers standing at the foot of his bed. Her twin daughters also spotted a woman dressing in white, as did Loretta herself, who came upon her sobbing on the balcony. The mysterious woman vanished when Loretta walked toward her. It’s rumored Loretta held séances in the house to try to communicate with the spirits.

The family moved out from the mansion in 1984 after Jack drowned. The singer later opened the estate to visitors but required that nothing be touched or moved in the house. The spirit of the first owner seems to agree with her: Once, a tour guide accidentally touched an object and was shoved down the stairs by an invisible force.