From farms to college campuses, singles are lining up in the dirt to dig up some romance. 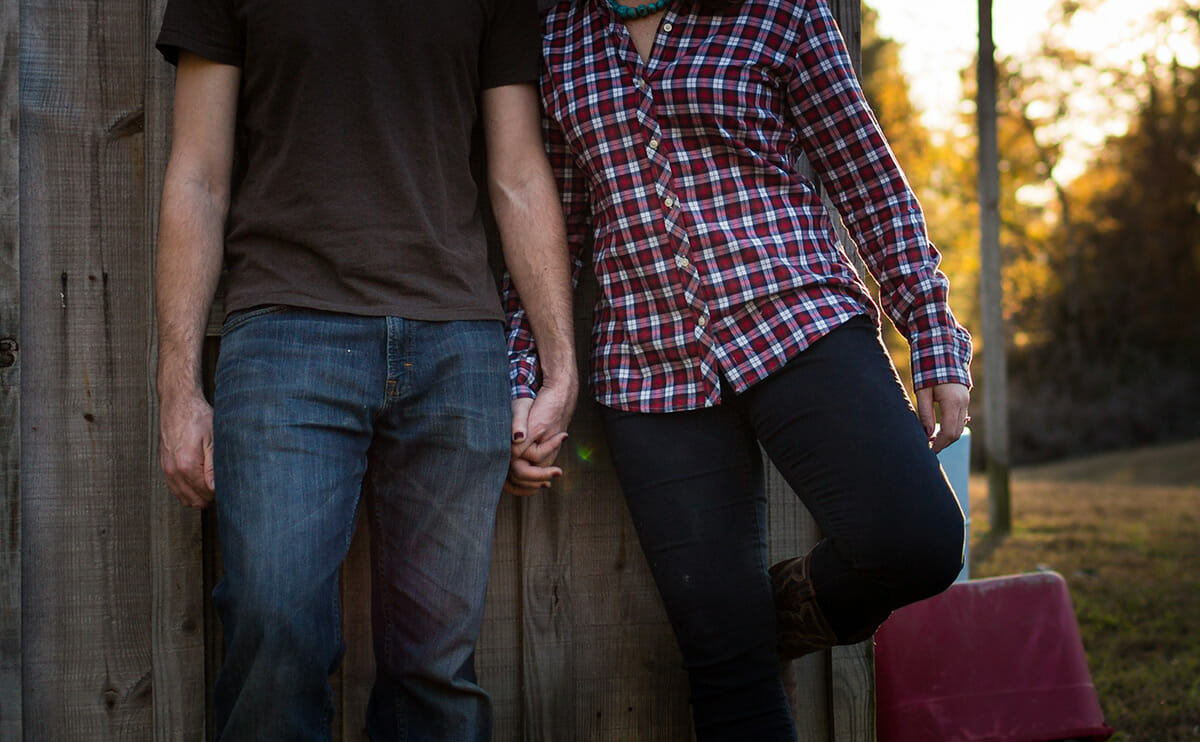 Just what is “weed dating,” you might ask? Think speed dating but instead of sitting across from each other at tables, you meet each other in bed — a garden bed, that is. Here’s how it works: Lines of men and women face each other across a row of vegetables in need of some TLC. They weed and get to know each other. After a set amount of time, either the men or women move down to the next partner. Depending on the attendance and weeding logistics (and whether the weed dating event is romantic or platonic), many hosts have weeders work in small groups that are broken up and reformed until everyone has met each other.

Weed dating first made an appearance at a Northeast Organic Farming Association NOFA Vermont event in 2010 and since then other farmers have organized their own meetups as far away as New Zealand. In addition to providing some volunteer farmhands, the events have been used as fundraisers, neighborhood mixers and outreach for the host farm. Farmers, like participants, are drawn to the somewhat silly nature of the event. It’s catchy and ripe for puns. As for the event itself, there’s very little required besides a turnout and some weeds to pull. (Maybe a little alcohol to loosen participants up afterward.)

Making money by selling tickets to weed daters as well as some volunteer labor sounds like a dream come true, but don’t get so excited just yet. The jury is out on how helpful the weed daters actually are at pulling up weeds.

Lines of men and women face each other across a row of vegetables in need of some TLC. They weed and get to know each other. After a set amount of time, either the men or women move down to the next partner.

“Having a lot of people for a short period of time makes a tremendous difference,” says Aviva Asher of Philadelphia’s Mill Creek Farm. They held a weed dating event last year and are repeating it on October 2nd.

But you have to be careful about how you employ their labor, she says. She wouldn’t have volunteers working in a bed of young carrots that are both fragile and easy to mistake for weeds, for instance.

Molly Rockamann from Earth Dance Farm emphasized that the primary purpose of hosting a weed dating event was to bring people –and some publicity — to the farm. Hopefully, it would carry over to sales and attendance at other events in the future.

“To some extent the free weeding was helpful, but we could have done it more quickly ourselves,” she says. “Given the amount of time that’s actually spent promoting the event, it would be faster to spend that time weeding instead.”

The Vermont chapter of NOFA who started this whole trend is, ironically, among those who think it’s more trouble than it’s worth.

“We had far more calls from press outlets than we did from potential daters,” says office manager Barbara Richardson. In the end the organization deemed the experiment unsuccessful, both in love and in numbers of weeders who showed up. “It’s not part of our mission to create love matches on the farm,” Richardson says.

Another issue reported by a number of hosts was a gender imbalance. Multiple event planners reported having to corral male friends just to even things out. Alabama’s 1818 Farms held a weed dating event in March 2014 that was ultimately successful — even if there were more women than men.

“Men are a little more nervous about it than woman,” says owner Natasha McCrary. She advised other farmers thinking of hosting a weed dating event to start planning early and decide whether it would be a purely social event or romantic one. “We had people who wanted to come but were married. You have to think about that in advance,” she says.

Repeat weed dating hosts like Earth Dance Farm are holding separate LGBT friendly events. “It was challenging for them to meet potential romantic interests because there weren’t as many LGBT folks at the first event,” says Rockamann.

But for singles or people just looking to make some new friends, weed dating goes above and beyond the usual networking event. The speed dating format means that everyone talks to everyone — no waiting to awkwardly butt into a group conversation — and the day’s activity is the ultimate icebreaker.

Twenty-five-year-old assistant brewer Jeff McGuire was a reluctant dater at a weed dating event hosted by The Land Connection in Illinois.

“I usually think those kinds of things are stupid but I’d just moved to the area a couple of months ago,” he says. Though he was on the fence about attending, he was ultimately happy that his friends pushed him to go. “The best thing about it is that because it’s something different, you meet different kinds of people,” says McGuire. At the event he attended, ages ranged from twenty-one to seventy.

Though most events make platonic connections, singles are obviously attracted by the possibility of meeting someone. What are the chances of turning a roll in the weeds into something more? None of the weed dating events actually kept track of the number of “love connections” they have made. Anecdotally, the problems of gender imbalance and often less-than-ideal turnout meant that while guests had a good time, they were more likely to leave with a new friend than lover.

But even among a small crowd, love can prevail. McGuire confessed to being on the cusp of his second date with a woman he met at The Land Connection’s weed dating event. If it works out — with them or any other couple — just think of the story they’ll tell at their barn wedding.