If We End World Hunger, You'll Have These Teenagers to Thank - Modern Farmer
Food & Drink

If We End World Hunger, You’ll Have These Teenagers to Thank

Wait, did a trio of Irish teenagers just solve the global hunger crisis? 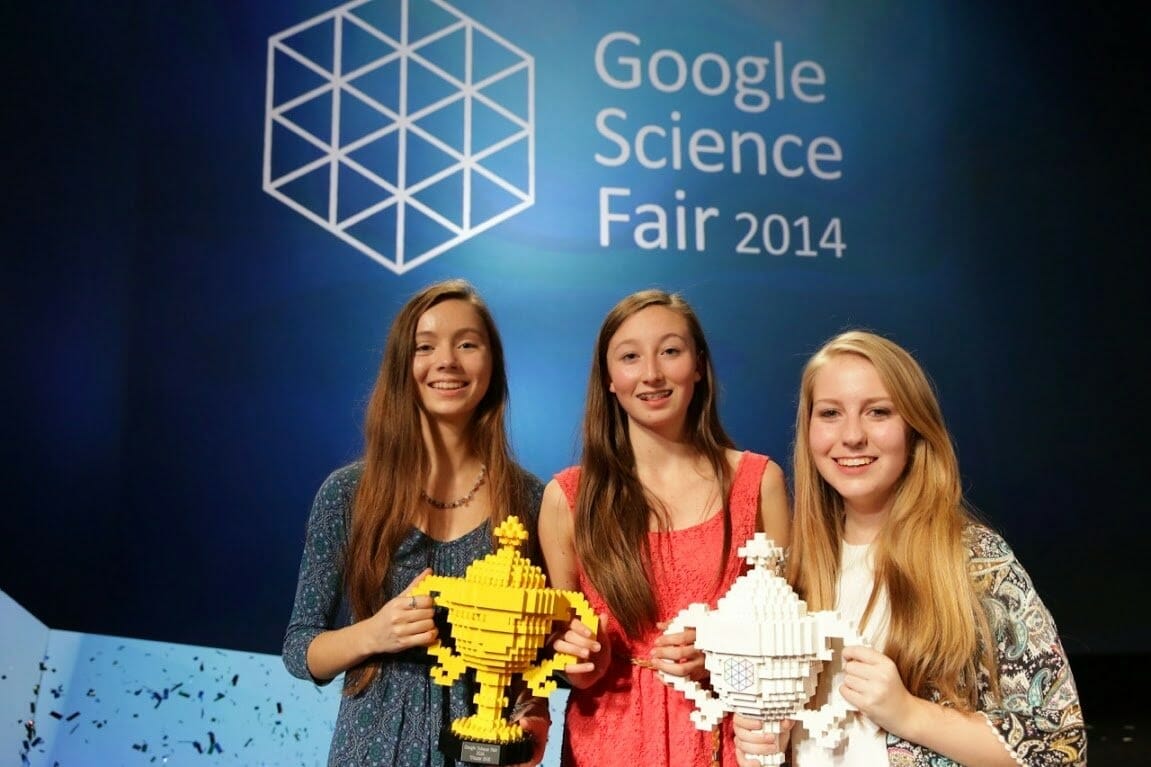 Not exactly, but they just might have introduced a game-changer. Emer Hickey, Ciara Judge and Sophie Healy-Thow, three high school friends from County Cork, won last month’s Google Science Fair for a project on bacteria. Not your run-of-the-mill salmonella or listeria, though, but rhizobia, a soil bacteria that fixes nitrogen while hanging out inside the nodules of legume roots. Their finding? Rhizobia could be the silver bullet that increases the output of staple crops around the world.

Here’s how the groundbreaking discovery went down:

The Research Question: Can rhizobia be harnessed to help grow crops like wheat, barley and oats? “We became really interested in what this bacteria can do and what people haven’t done with it so far,” Healy-Thow told the Scientific American. Though used to amplify the output of legumes like alfalfa and soy, it’s been roundly assumed that rhizobia wouldn’t have much of an effect on cereal crops.

The Hypothesis: The haters are wrong. Inspired by a recent geography class about famine, the three buddies wondered whether appropriating the natural growing powers of rhizobia would allow farmers to grow the staple crops at a greater clip, and with less fertilizer to boot. (Soil bacteria as growth agent is an idea that’s been floating around for quite some time.)

The Procedure: The girls spent three years on their project, testing on a total of 13,000 seeds. “First we took over the spare room, [and] then expanded into the kitchen, sitting room, conservatory, and the garden,” Hickey told RTE radio after the win. No doubt Judge’s parents were overjoyed.

The Results: Uh, pretty mind-blowing. The treated seeds germinated at least 50 percent faster than the untreated control group, and come harvest the barley and oats output increased by as much as 70 percent. When a seed-based science project beats out both a flying robot and a remote-controlled microscope, you know you have something pretty special.

The Conclusion: Besides “these girls completely rock”? Rhizobia could be the key to combatting global food shortages while simultaneously lessening our dependence on chemical fertilizers. Oh, and this could just be the beginning. “The great thing about our theory is [that] any crop that contains a flavonoid can trigger bacteria. It’ll work the same,” Judge explained to National Geographic. Never mind that the naturally occurring bacteria makes seed inoculation a relatively inexpensive endeavor.

So, we say the $50,000 prize monies and $25,000 scholarships are well deserved. As is the National Geographic expedition to the GalÁ¡pagos Islands and astronaut training courtesy of Richard Branson.

Side conclusion? Clearly we picked the wrong time to be high school science geeks.