A 148 square foot getaway on a remote island in the Aegean sea. 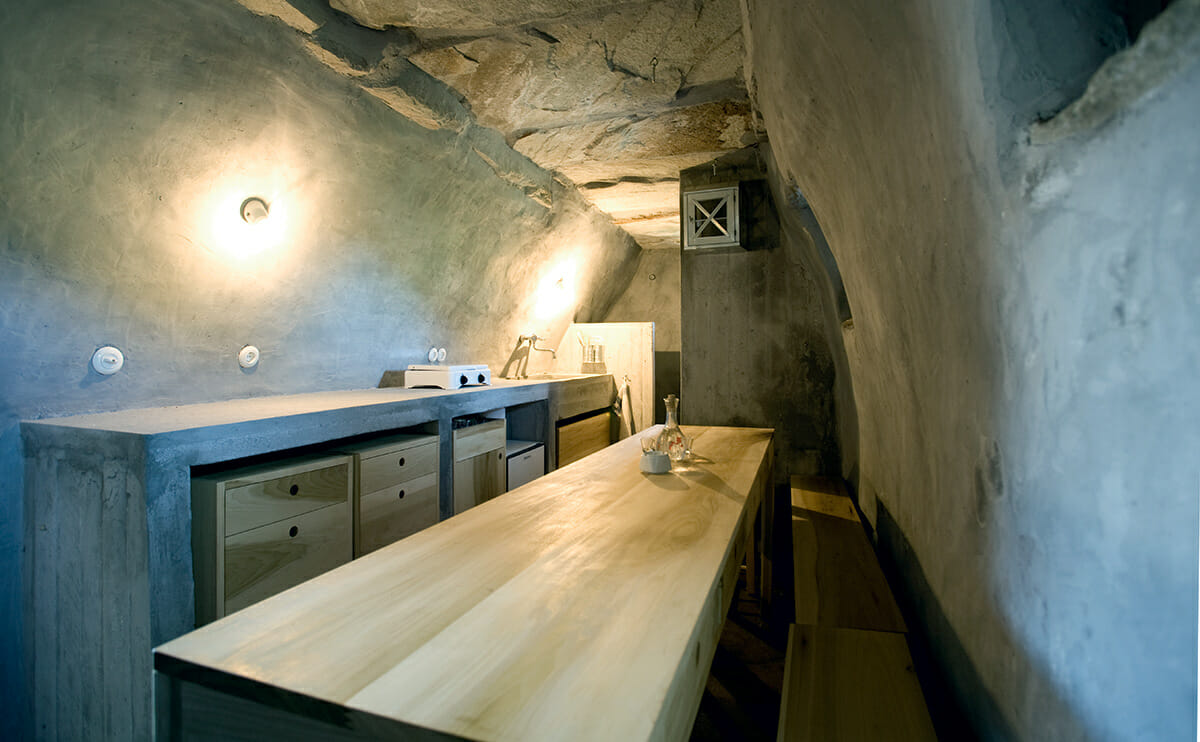 “This is the opposite of luxury.”

With his latest conversion project, Greek architect Ioannis Exarchou was not attempting to create a pampered getaway. He took a 100-year-old stable on Tinos, a remote island in the Aegean Sea, and crafted a masterwork of minimalist design.

Exarchou titled his project “Retreat,” even though its size is a spare 148 square feet. Built between 2008 and 2009, Retreat is both psychological and spiritual, a monastic refuge from our garish, plugged-in modern culture. The floors are colored concrete, the walls white plaster. Its effect is not unlike a well-designed cave. When Exarchou speaks of the property’s “amenities,” he’s referring to the most basic of flourishes, like indoor plumbing and a table. 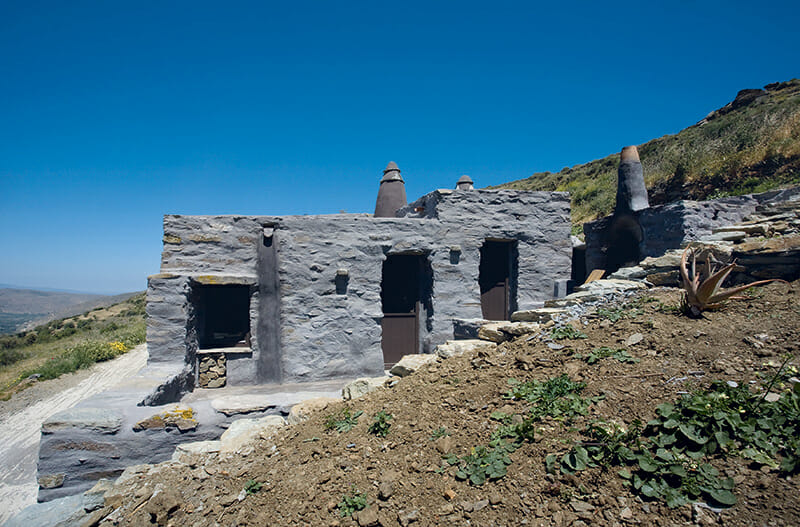 Made from local stone, Retreat all but blends into the nearby hillside.

Exarchou also designs furniture, and the interior of Retreat is outfitted with pieces that were built to order. With such minimal square footage, every inch counts. “It’s like being in a boat or other small vessel,” he says.

These days, with hotels and resorts boasting their lack of connectivity, and Silicon Valley-types paying good money to spend weekends without their cell phones, Exarchou’s Retreat is oddly in style. With no WiFi signal, and no electricity for that matter, life is dialed back to its essentials. You get to spend time with your own thoughts, a luxury increasingly in short supply.

“Most people that visit Alonaki [Retreat] are a little uneasy in the first few days,” says the building’s owner, Stratos Xatzigiannakis, “but after a few days they are ‘reborn’ and totally go with its rhythm.”

That rhythm is symbolic as well as literal. Exarchou says the acoustics of Retreat are remarkable, magnifying the slightest sound. A dish being set on a counter, say, or stocking feet scuffling across the floor.

“You can hear everything – the wind, insects outside, things like that,” he says. “It’s also the most accurate way to hear your own voice.”

The exterior is rough and dark, made from local stone and blending in with the surrounding hillside. There’s a view of nearby mountains, but on the surrounding property, don’t expect distractions of a pastoral nature. A small garden is the extent of the greenery. Especially in the summer season, this is rough, dry terrain.

At Retreat, you get to spend time with your own thoughts, a luxury increasingly in short supply.

Entering the space in daytime requires an adjustment. Your eyes have just left the bright glare of bleached earth; inside it’s dim. Exarchou says many people will close their eyes briefly, as an adjustment. “It’s a strange sensation, to go from the bright to the dark, from the outside heat to a place that’s a bit chilly,” he says. “There is a feeling of safeness.”

Exarchou has stayed at his own creation only once – typically it’s either occupied by Xatzigiannakis and his wife, or rented out to quiet-seeking vacationers. It costs about $800 per week in the summer, and significantly less from September to June.

How will you eat? In perhaps his greatest concession to modernity, Exarchou powered the kitchen (as well as the shower) with liquid propane gas. There is a stove and small fridge, not to mention a modest food preparation area.

Exarchou feels that everyone can benefit from leaving it all behind, spending some time at Retreat. In particular, he sees the potential for young children to learn and grow in this type of environment. The only issue is – where would they stay?

“You could fit one or two children in the bed between you and your partner,” he says. “That is a choice you can make.”

Wee ones are probably the only additional guests you’d want (or be able) to accommodate. This is a bespoke space for two. It’s hard to imagine fitting more people. But lest you start to feel claustrophobic, Xatzigiannakis points out that everything is relative.

“If you were from Tokyo, this would feel like more than enough space,” he says. “We’re just used to bigger living areas.” Interestingly, most of Retreat’s renters are from Paris. Xatzigiannakis suspects there may be a cultural draw. He doesn’t think the space’s appeal resonates as strongly among his fellow Greeks.

Fair warning: You will be able to get cell phone service, if you choose to leave your phone on. At this point, just about all of Greece has coverage; you’d be hard-pressed to go truly off the grid.

And though there is currently no electricity, Retreat does have wiring built into the walls. If solar panels were installed at some future point, the space is equipped to go electric. But it’s not happening anytime soon.

“We need to change positions,” says Exarchou. “Leave where we live, find a place where we can rest and rethink what we are doing. That’s where we get inspiration for our lives.”

Top: Every inch of Retreat is designed to maximize space. Here, the compact kitchen area.