If Mrs. O'Leary's cow didn't kick over the lamp that started The Great Chicago Fire, what were its true origins? 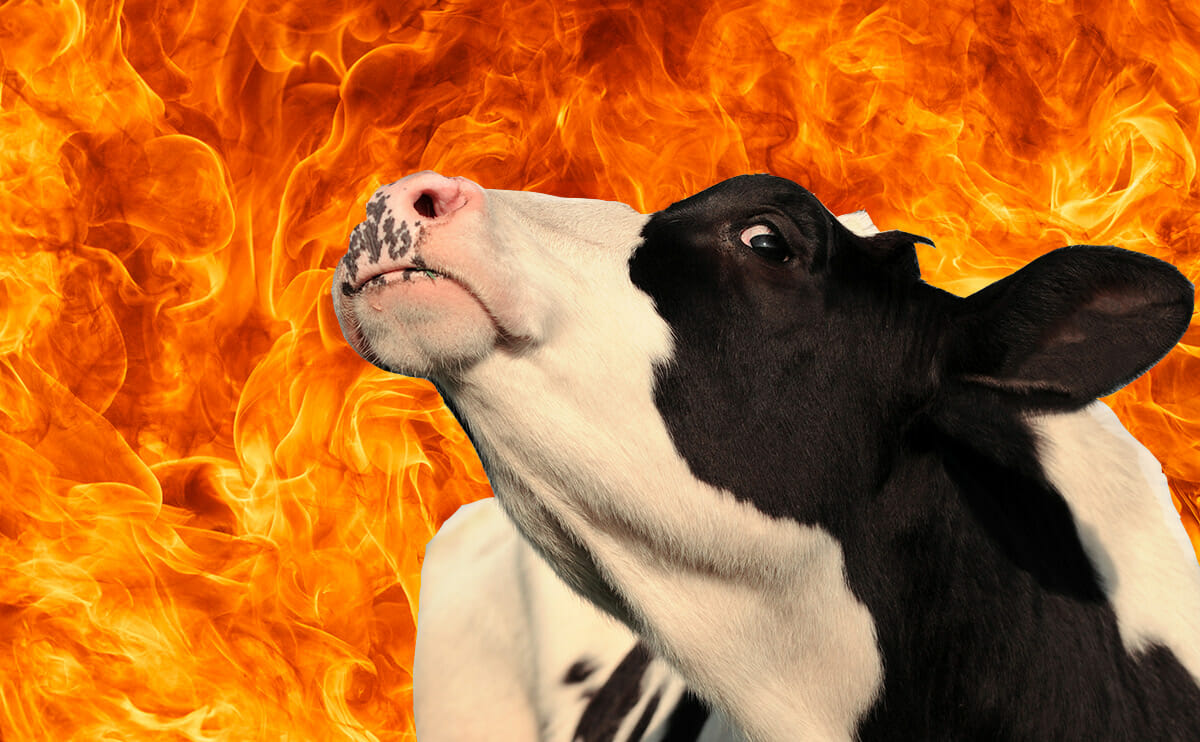 As legend has it, this massively destructive, earth-shattering fire was all started by a minor misstep of Mrs. O’Leary’s cow.

A well-known song about the event claims:

Late one night, when we were all in bed,
Mrs. O’Leary lit a lantern in the shed.
Her cow kicked it over,
Then winked her eye and said,
‘There’ll be a hot time in the old town tonight!’

Before the fire had even died out the following morning, The Chicago Evening Journal came out with a report stating that it all began “on the corner of DeKoven and Twelfth Streets, at about 9 o’clock on Sunday evening, being caused by a cow kicking over a lamp in a stable in which a woman was milking.”

“There really is no Mrs. O’Leary’s cow,” says attorney Richard F. Bales of The Chicago Title Insurance Company. “She owned at least five cows, and they didn’t have names ”“ everything about the Chicago fire in that respect is a myth ”“ the cow is a myth.” 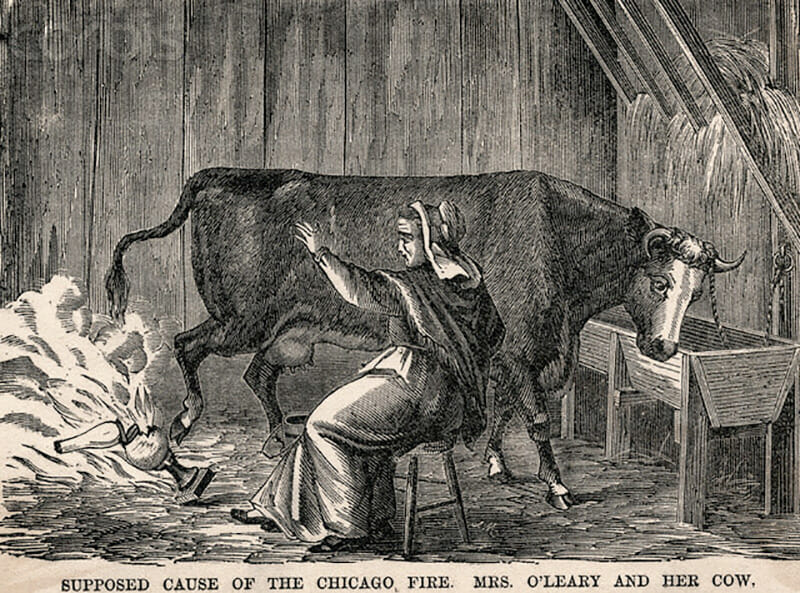 An 1871 illustration of Mrs. O’Leary and her cow from Harper’s Magazine. / Courtesy Wikimedia Commons

There was, however, a Mrs. Catherine O’Leary.

Bales spent two years of his life transcribing 1,168 pages of original handwritten transcripts from the investigations following the fire, including testimony from O’Leary and her husband. Then, using old land records accessed from the Chicago Title Insurance Company, he created a map of the O’Leary property as it existed before the fire. When analyzing his map in conjunction with the transcribed testimonies, Bales found some “serious inconsistencies.”

His explanation? Bales is “one hundred percent convinced” that the true culprit of the fire isn’t Mrs. O’Leary’s cow, but rather, a neighbor named Daniel ‘Pegleg’ Sullivan, who likely hobbled across the street and into the O’Leary barn to smoke a pipe, which then fell into a pile of wood shavings and subsequently started the fire. 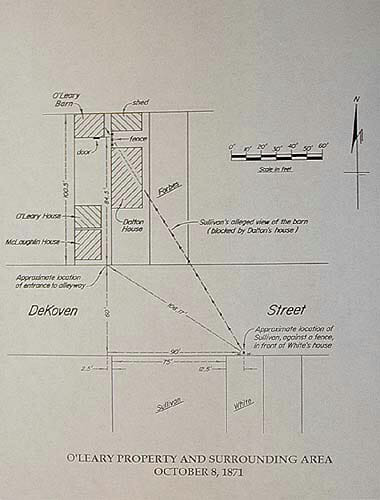 Using old land records, Richard F. Bales created this diagram of the O’Leary property as it existed before the fire. / Courtesy Richard Bales

For Carl Smith, curator and author of Chicago History Museum’s The Great Chicago Fire & The Web of Memory, there does seem to be a general historical consensus that the fire started in or around Mrs. O’Leary’s barn, though the actual cause of the fire, he says, remains “cloudy and confusing.”

“I really like Richard Bales and really appreciate all that he’s done,” says Smith, “But I can only say that [his theory] is based upon a certain amount of supposition.”

Yet both of these experts agree that Mrs. O’Leary was the logical scapegoat: a Catholic woman and an Irish immigrant, Catherine O’Leary shouldered the prejudices of those Americans looking for somebody to blame for the horrific disaster.

Mrs. O’Leary and her infamous bovine were eventually exonerated in 1997 by the city’s Committee on Police and Fire, at an event attended by both Bales and Smith. Bales even gave testimony on Mrs. O’Leary’s behalf.

Today, Mrs. O’Leary and her cow live on in lore and pop culture.

“It’s very attractive to have this humble origin of a great catastrophe,” says Smith, who finds similar irony in the origins of the Great London Fire of 1666, which was said to have started inside of a bakery.

Mrs. O’Leary’s cow is now the subtitle of a Beach Boys song, the name of a beef rub and the subject of a Norman Rockwell painting. Each year, during an anniversary parade for the fire, a woman dressed up as Mrs. O’Leary marches through the streets of Chicago with a cow in tow.

“It’s become a kind of amiable legend ”“ the story has become less about blame and more about the quaintness and the irony of it all,” says Smith, “and in an odd way, [Mrs. O’Leary and her cow] are celebrated because we have overcome this.”