Meet co-founder of Detroit Dirt, an urban farming start-up that delivers composed waste around the city. 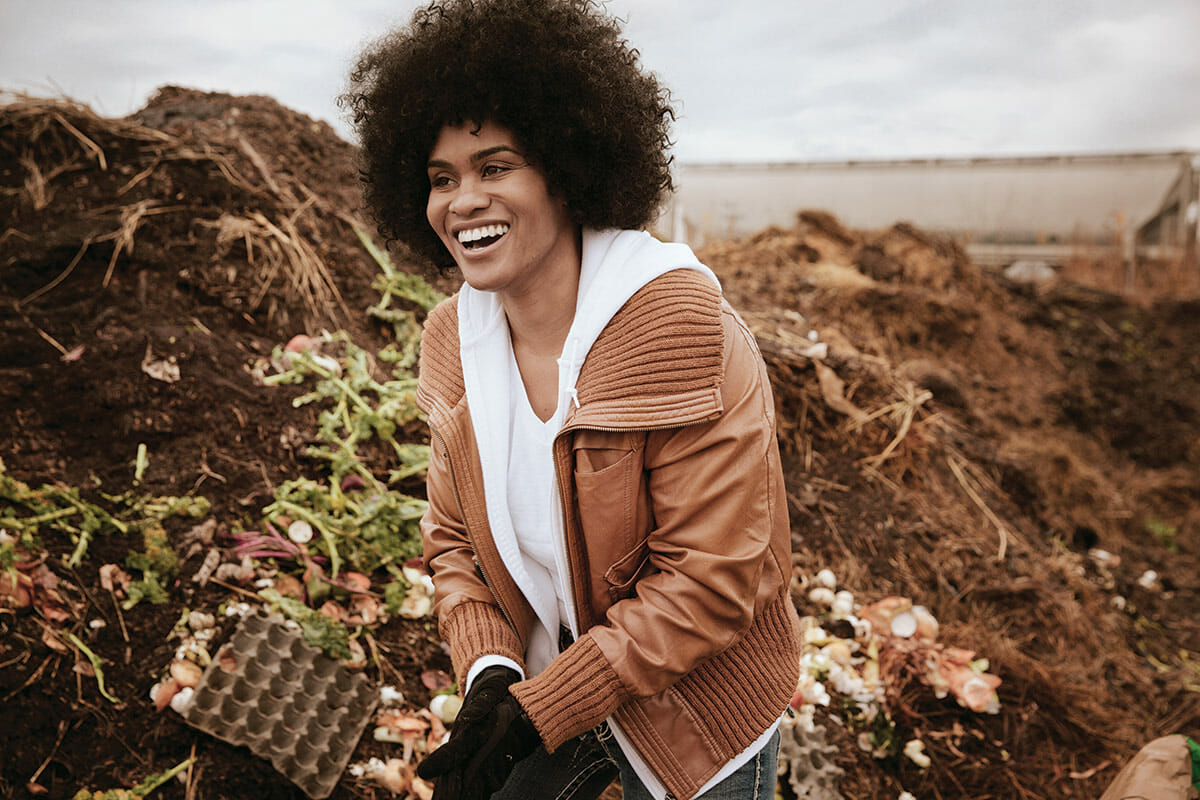 “There wasn’t really anyone composting in the city,” she says. “I wanted to supply a lot of agricultural resources and that stuck out the most to me. It was kind of spiritual.”

So the Grand Rapids native, who had worked on sustainability campaigns prior to moving to Detroit around nine years ago, set to work. She had grown up around recycling: Her father started his own waste removal business. But she still had to teach herself how to create a closed-loop system.

Detroit Dirt delivers a ton of composted waste to their customers about twice a month, while taking half a ton of food waste into their coffers every week.

Nowadays, Detroit Dirt delivers a ton of composted waste to their customers about twice a month, while taking half a ton of food waste into their coffers every week. Their raw materials come from big businesses and local restaurants.

Unfortunately, Detroit residents looking to bring a bag of the good stuff home can’t quite yet – Detroit Dirt sells their composted material in 32-gallon containers to larger-scale growing operations. But Murray, currently a fellow at the MIT Media Lab in Cambridge, Massachusetts, is working on ways to scale down their system to individual growers.

This past year, she starred in a Ford commercial that has gotten millions of views online. But success is a moving target. Murray is forthright about the challenges of running a small business. “It’s weird,” she says of the disconnect between corporate support and community resistance to environmentalism. “Clean energy is boring to so many people. We have’to convey the message, and translate it. Right now, it’s just too easy to throw things away.”