Daniel Nguyen moved from California to New Orleans to become a firefighter - but he ended up becoming a lifeline for farmers. 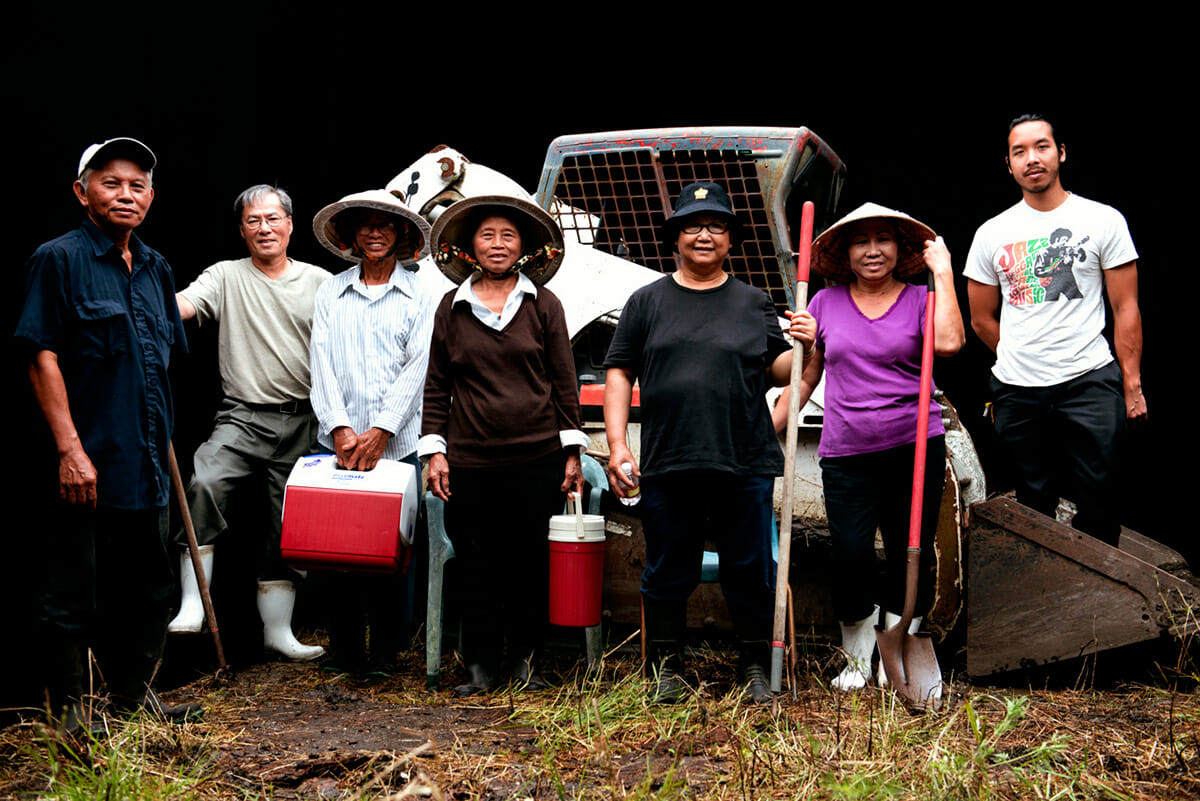 Hurricane Katrina not only devastated New Orleans, it also showed how vulnerable the city was to interruptions in the food supply chain. “It took two years after Katrina for Winn-Dixie supermarket to come back,” says Nguyen.

The Vietnamese community in New Orleans was into urban farming long before it became trendy – they were doing it’as early as 1975.

The solution? The Village de l’Est Green Growers Initiative (VEGGI). Run by Nguyen, the cooperative works with 12 to 13 growers to fill in gaps in income and provide vital food security.

The Vietnamese community in New Orleans was into urban farming long before it became trendy – they were doing it’as early as 1975. “Back then, they weren’t able to access food that was culturally relevant,” says Nguyen, “so folks started growing on land around their neighborhood.”

The secret sauce for VEGGI is that it helps local growers find buyers willing to pay more. “Rather than compete against each other,” says Nguyen, “we find higher paying markets in the city.” VEGGI currently sells produce to 15 restaurants in addition to running a CSA and selling directly at farmers markets and local grocery stores.

Popular
The Fertilizer Shortage Will Persist in 2023Shea Swenson
7 Smokable Plants You Can Grow That Aren’t MarijuanaBrian Barth
Agricultural Runoff Pollutes Well Water, a ‘Public Health Crisis In the Making’Madison McVan, Investigate Midwest
Why Don’t We Eat Turkey Eggs?Dan Nosowitz
Move Over, Mezcal. A Sustainable Tequila Alternative Is Taking Over.Hollie Stephens
Explore Modern Farmer
Related
Features, Food Security, Labor
The Rise of Virtual Farmers MarketsLeah Borts-Kuperman
Environment, Labor, Water
California Farms and Farmworkers Attempt to Recover From Record FloodsNaoki Nitta
Books, How-To, Lifestyle
How to Turn Your Garden Into a Business, No Matter the SizeEmily Baron Cadloff
MTMF, Plants
This Modern Farmer Wants You to Grow a New Potato StrainBevin Cohen
wpDiscuz
We use cookies on our website to give you the most relevant experience by remembering your preferences and repeat visits. By clicking “Accept”, you consent to the use of ALL the cookies.
Cookie settings ACCEPT
Privacy & Cookies Policy