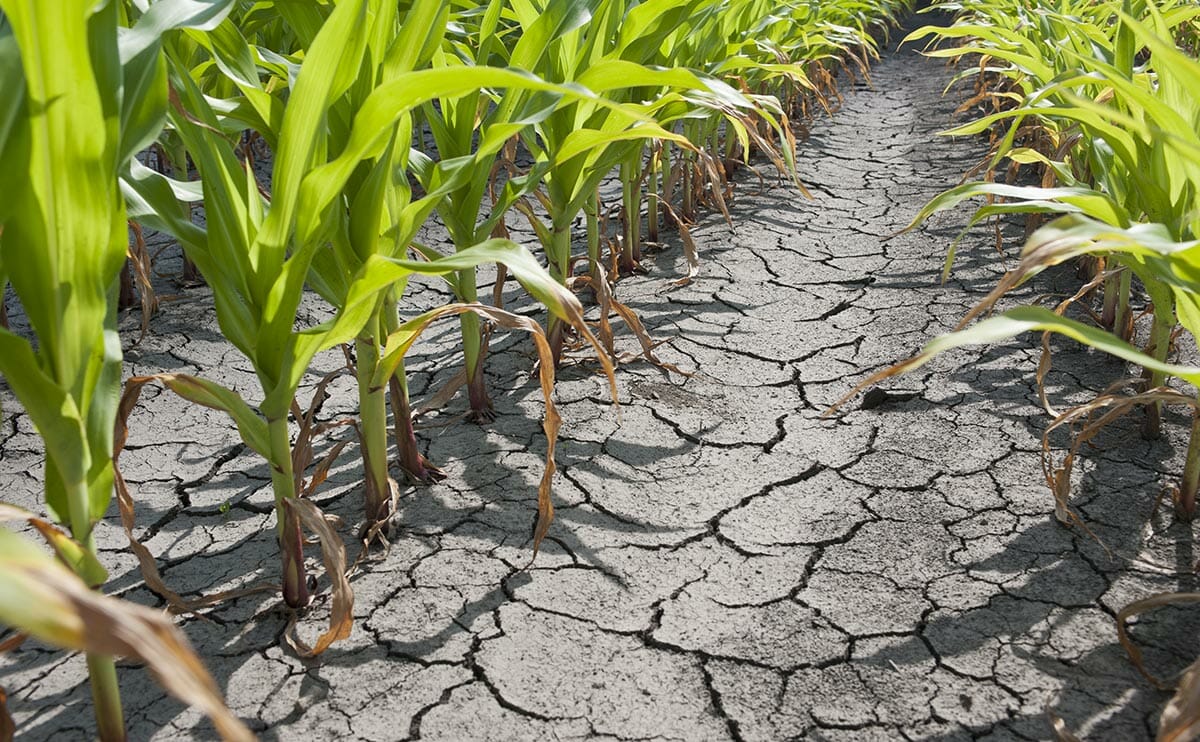 The conservation effort, dubbed the New Mexico Ogallala Preservation & Conservation Initiative, would gift local growers about $400 an acre to cease irrigating some or all of their land. Those accepting the deal would then parlay the payout into dryland farming, a less aqua-greedy growing method that relies on moisture already trapped inside the soil.

Though not as severe as 2013, thanks in part to some recent severe weather barreling its way through, New Mexico’s current drought conditions still affect more than 1.3 million residents, according to the U.S. Drought Monitor. And with the city’s sole supplier of water giving away as much as 93 percent of its resources to irrigation, there’s an urgency to come up with an innovative Plan B.

The answer: financially motivate farmers to “turn off their wells,” in the words of Mayor David Lansford.

“It’s going to be ranked in a competitive environment,” Lansford told the Current-Argus News. “You’ll be able to pick those farms that are going to give you the greatest conservation benefit.”

So where’s the cash coming from? The Feds, actually. The payoffs would come via the USDA-run Environmental Quality Incentives Program, first implemented as part of the 1996 Farm Bill. That program aims to subsidize all manner of innovative conservation effort, from manure management facilities to new-fangled irrigation equipment (though some evidence points to the program exacerbating, rather than lessening,) water use.

Clovis just might be onto something. Amid unrelenting water shortages and the looming spectre of permanent climate change, some U.S. farmers have made the dryland conversion permanent. In Seattle, for example, wheat farmer Mike Nichols has spent years dry-cultivating his 20,000 acres; in Petaluma, California, Little Organic Farm has employed the same technique to grow organic potatoes, tomatoes, and other produce since 1995. (The French Laundry tops the laundry list of appreciative patrons.) More recently, dryland farming became the topic d’ete among small-scale, drought-struck Bay Area farmers.

In Mediterranean regions, crops like olives and grapes have been dry-farmed for millennia.

It’s not like the technique is new. In Mediterranean regions, crops like olives and grapes have been dry-farmed for millennia. Besides the obvious conservation benefits, the technique also intensifies juices and sugars in its yield; little wonder, then, that some of the victorious California wines at the 1976 Judgment of Paris came from dry-cultivated grapes.

Which is not to say dryland farming is the elusive drought-slaying silver bullet. Dryland farmers suffer acutely under drought conditions, given that they rely exclusively on rains to moisturize their soil. Some U.S. historians have even criticized early 20th-century dryland farming for decimating prairie grass cover and eventually contributing to the Dust Bowl.

Clovis, for one, doesn’t seem ready to embrace dryland farming as its new normal. The city has embarked on a 20-year effort to build a pipeline that draws in drinking and irrigation water from the Ute Reservoir, some 100 miles away, and has also implemented an interim $80 million plan to capture water closer by that should become viable in 10 years. The dry-farming strategy, then, is an interim to an interim.

Which is not to say local farmers don’t understand that a crucial juncture may be at hand.

Without some left-turn strategy, “we will be out of water, or I guess have less water,” Frank Blackburn, a 60-year farming veteran, told the Sante Fe New Mexican.