Being a farmer means preparing for every possible scenario. We talked to farmers about their disaster strategies for when everything that can go wrong, does. 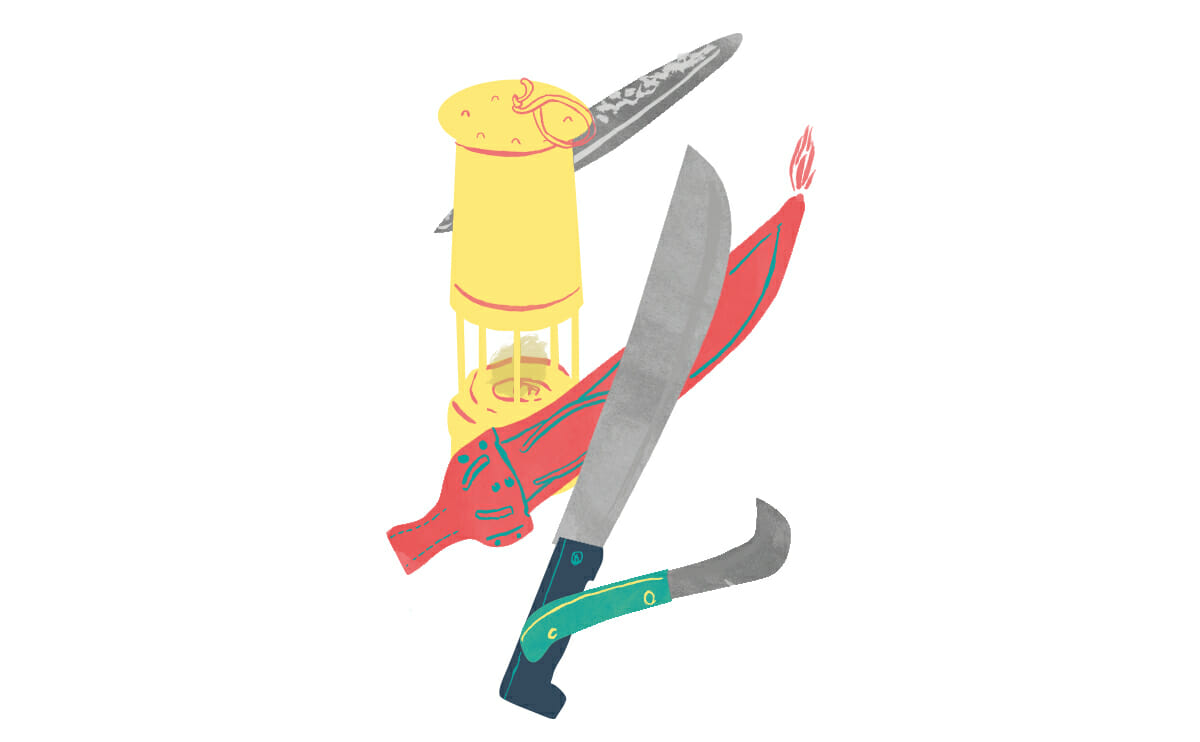 The region surrounding Melanda Park, Matt Simmons’ 115-acre free-range pig farm, sees small floods twice a year, but it’s due for a major deluge soon. “As long as the pigs are in the top paddock, I’ll sit back on the veranda with a beer, watching the flood waters go past.” He’s stocked up on cases of his favorite Victoria Bitter.
– Alecia Wood

Living in southern Thailand means enduring an eight-month rainy season. During particularly bad pours, rubber farmer Milintra Chanmuang has umbrellas ready in his kit – not for himself, but for his para rubber trees. His DIY small umbrellas, made from reused plastic and placed above the cuts, wrap around the trees and protect the latex sap.
– Panicha Imsomboon

In any kind of pinch, Muriel Olivares of Little River Market Garden in Miami reaches for bale twine. “I always keep a stash of it at the farm and in my truck, and I use it for everything,” says Olivares. Fence repair? Lashing compost bins together? Trellising? Securing cargo in the truck? Bale twine. “I could go on and on,” she says.
– Andrew K. Jenner

Eladio Pop, a traditional Mayan farmer, grows cacao, fruit trees and spices on Agouti Farm in Belize. Pop’s survival kit is simplistic: machete, sharpening stone, harvesting knives and lights. For his children, it’s different. They have cell phones and radios – “technology that makes it easier to communicate,” Pop says. These new tools provide security for this tropical farm, where risk of severe weather is never far off the horizon.
– Kelly Hatton

The German village of Quappendorf, a little more than an hour outside of’ Berlin by car, officially has 129 residents – which means the rare crisis usually comes as a result of isolation. For this, sheep farmers Amelie and Franziska Wetzlar, at Milchschafhof Pimpinelle, keep a modest medical kit comprised of homeopathic remedies and a large stockpile of coffee. “We also always have our families’ phone numbers close by,” explains Franziska, “so that they can send us chocolate.”
– Jessica Aguirre