It's all about potatoes - a brief description for the coming pop-up store Amsterdam. 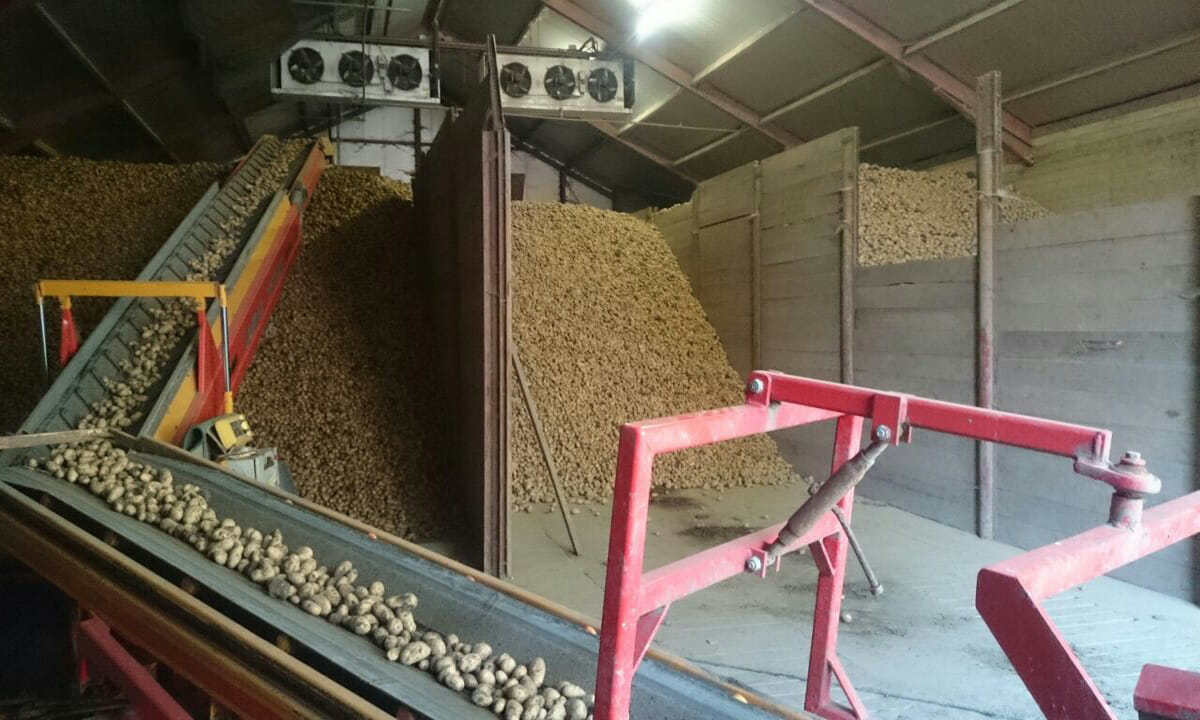 (Caution: This article will contain a lot of the word ‘potato.’)

Between Sep. 27 and Oct. 11, 25 tons of potatoes will parade through Amsterdam on big farm trucks. The destination of the plant is Jan Evertsenstraat 105/107, a space in the western part of the city where the 2-week pop-up store De Pieperboetiek is taking place.

Aside from the enormous amount, the pop-up will offer a wide and colorful variety of potatoes. “At first we were planning to have 30 types, but then some breeds got sick. So, it’s going to be 20 types,” says Felicia Alberding, a freelance journalist who is teaming up with potato farmers in organizing this event.

Still, that number is large compared with the few kinds normally found at supermarkets. At this potato boutique (English translation for Pieperboetiek), red Emmalie, purple Violetta and red-and-yellow Mayan Twilight will stack up along with more common ones like Allians and Agria. And it’s not just the appearances that are different — the tastes and the textures are distinct, too. “Mayan Twilight is a little bit sweet, with a hint of almond. Last week I baked it with just salt and vegetable and it was great,” says Alberding.

To make the pop-up more potato-y, there will naturally be an array of potato-related activities. The theater team Superhallo will perform ‘Knol d’Amour‘ which, they say, is both an ode to the potato and a delicious love story. The theater makers will also host a fry potato party that lets people choose, peel and fry their own potatoes while they are playing music. There will be a tattoo artist who’s going to create ‘potattoo,’ tattoos made with, absolutely, potato-based ink.

The Netherlands has a long history with potatoes. The country was once known for its successful potato-starch industry in the 19th century. Alberding says they will have potato readings from a researcher, a scientist and a farmer, which will give a picture of the past, the present and future of this plant. Another academic activity in this event is a debate on GMOs.

And since this is a food event, tasting is a must. “A chef who’s working on a book about stamppot will join us. Stamppot is a Dutch dish made with mashed potato and mixed with vegetables. The chef is coming to give a tasting,” says Alberding.

This pop-up store was a brainchild of Krispijn van den Dries, a new generation of potato farmer from Noordoostpolder. His purpose was to lessen the gap between farmers and consumers. “In most countries, farmers have become invisible over the past years. That anonymity is one of the reasons many people don’t value food and how it’s made anymore,” Alberding says. “With this store, Krisjpin wants to change that anonymity.”