Do Cows Really Lie Down Before a Rainstorm? - Modern Farmer
Animals, Plants

Do Cows Really Lie Down Before a Rainstorm?

Can you believe the old wives' tale? 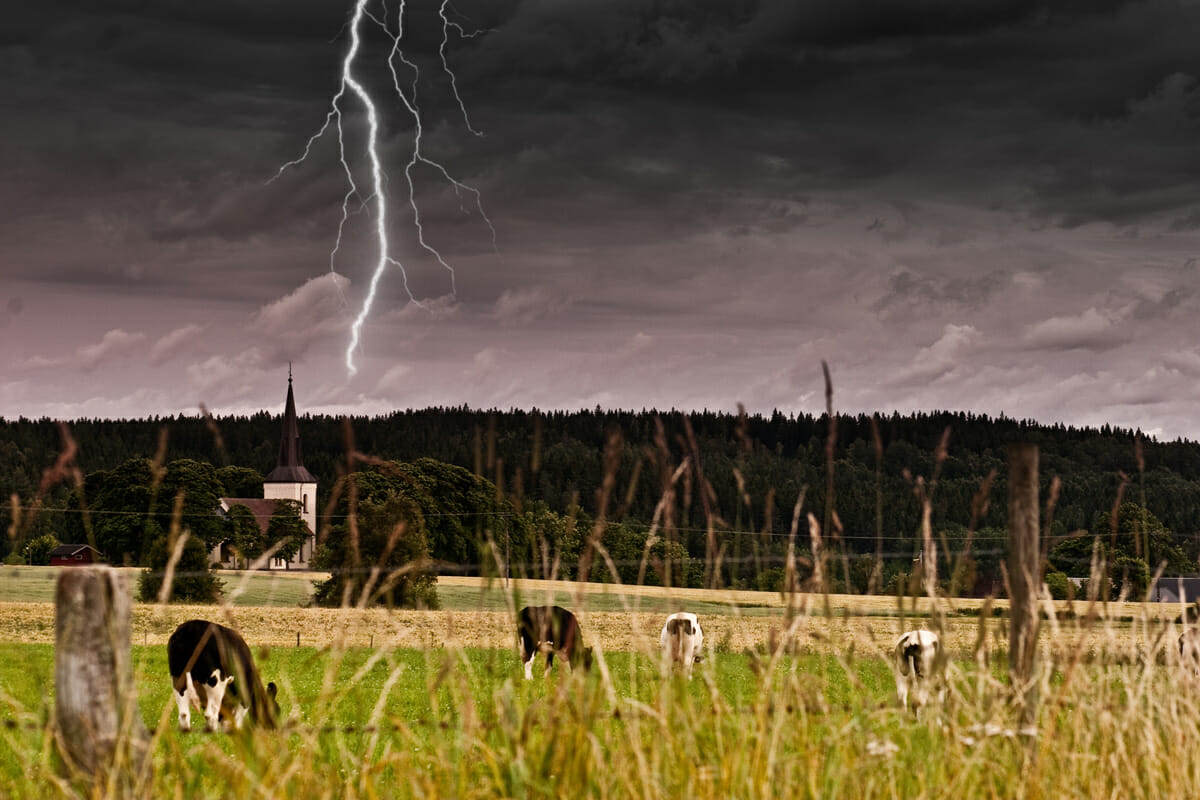 The Daily Mail certainly thinks the concept holds (rain)water. In a bold piece headlined “Cows Really Can Predict the Rain,” the British paper trumpeted the findings of livestock researcher Dr. Jamison Allen, formerly of the University of Arizona.

Modern Farmer: So tell us a bit about your study.

Dr. Jamison Allen: We were trying to learn about differences in cow behavior based on their body temperature. We specifically were researching heat-stressed cows, and whether high temperatures would make them lie down longer. In general with what we know about physiology, an animal will lie down when stressed.

MF: What methods did you use to perform your research?

JA: We actually put pedometers on all the cows that measured exactly how much time they spent lying down and standing up, and when. We’d remove the pedometers periodically and analyze the data — we could even see what angle they were lying down at.

‘If you want to know what the weather is going to be, I’d suggest you watch the news.’

MF: What were the results of your research?

JA: It turns out cows actually like to stand up when they are hot. It increases their body surface area, which in turn allows them to dispel more heat.

MF: Excuse us for asking, but why would anyone need to know this?

JA: In general, a heat-stressed cow produces less milk. Information like this can help improve our cooling management techniques and strategies.

MF: Did you see that your study made it into British tabloids and some other media outlets?

MF: Basically their conclusion was that, if a hot cow likes to stand up, then a cooler cow will lie down. It often gets cool before a rainstorm. Therefore a cow on the ground may be forecasting rain.

JA: (laughs) It’s a pretty big leap. For one thing, we were just studying heat-stressed cows. Day to day, there are 100 reasons why a cow may choose to lie down or stand up. Cows are individuals; they act of their own accord. They could be standing because they’re thirsty and are moving towards water. They might lie down because they’re tired. Cows are herd animals. They might just be following the direction of a leader.

MF: Not because it’s about to rain?

JA: If you want to know what the weather is going to be, I’d suggest you watch the news. (laughs) You know what though? It could be that in a few years, some other study will come out that proves cows can predict rain. I’ll certainly be embarassed then.