Have a Cow, Man

Which cow is right for you? 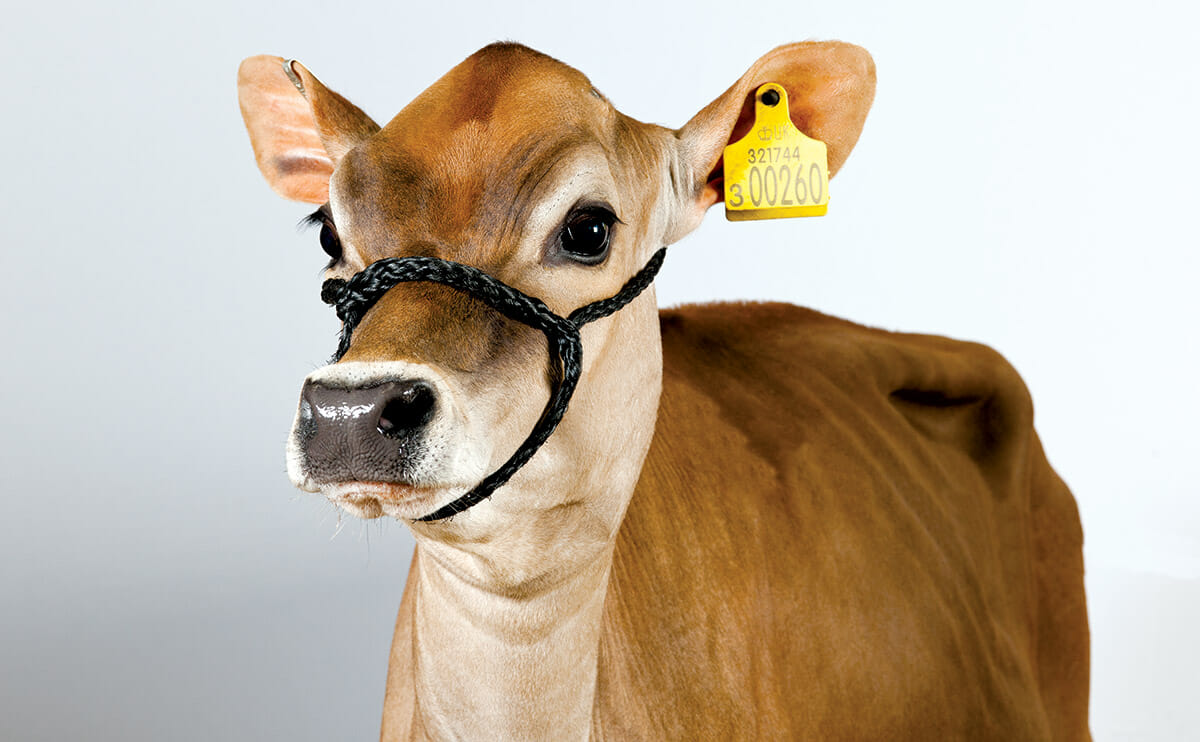 First off, decide if you want a dairy or beef cow. (Or neither; it’s perfectly valid to keep cows purely for ornamental reasons.) A dairy cow will require regular visits from an artificial inseminator or a local bull in order to keep her producing, as well as figuring out what to do with her calves. Raising a beef cow is simpler: Pasture or feed it and slaughter when it gets to weight. (If you plan to sell your meat, you’ll need to get slaughtering done in a USDA- approved slaughterhouse.)

Next up: You’ll need a good amount of pasture – anywhere from a half acre to 100 acres depending on how well grass and other forage grows in your climate. You can also supplement your cattle’s feed with hay or grain.

One thing you don’t necessarily need? A barn. “That’s more for the comfort of the humans than the cows,” says Heather Smith Thomas, author of “Getting Started with Beef and Dairy Cattle.” If you want to keep dry and warm while milking, get a milking shed. But cattle do fine living outdoors in all but the most extreme circumstances.

Below are some breeds, both common and exotic, to get your ranch underway. (Though, as always, consult a rancher and some good books before your first bovine purchase.)

These black-and-white “Oreo cows” from south Scotland were rare until recently, but their delightful appearance has made them suddenly quite trendy. Their large size makes them good candidates for beef cattle, but their mellow nature also makes them good ornamental cattle.

The British Blonde was bred for pulling yokes, giving them the bulky hindquarters of a middle-linebacker – excellent for beef production. They’ve also become popular show cattle as they’re a downright friendly species. “They tend to become affectionate to their handlers,” says owner Paul Thomas in Wokingham, U.K., “particularly liking a good scratch, or better still, a bath.”

This striking two-tone breed is sure to turn heads in any pasture. “They’re just very nice cows to look at,” says Charles James of Folly Farm in Cornwall, U.K. “They’ve a lovely shape.” The British White is predominantly used for beef. They’re also naturally polled (i.e., they don’t grow horns), saving you the onerous job of de-horning calves.

Distinct from the rangy and lean Texas longhorn, the English longhorn has sharp horns curving towards its face, giving it an aggressive look. But that belies its gentle nature, says owner Bernard Llewellyn of Carreg Cennen Castle, north of Swansea, Wales. “It’s like with little men,” says Llewellyn. “They have to be ferocious. But longhorns walk around with these massive weapons, so they’ve never had the need.” Recent advances in breeding and finishing have meant the longhorn has moved from being an ornamental cow to a beef cow, known for its high-quality marbling.

The iconic shaggy forelock of this dairy and beef cow earned it a place as an Internet meme: the “emo cow.” (Its hair serves as a natural deterrent to flies.) They’re also a delight to have around. “Friendly and intelligent, they will come to you for a good scratch or to have their coats combed,” says prize-winning Highland breeder Lindsey Trees. Bred for life high in the mountains, the Highland can actually thrive even in warmer climes – they’ll naturally shed their hairy coats if it gets too balmy.

When it comes to making milk, nothing beats a Holstein. “On large dairies, they’re milked three times a day,” says Heather Thomas. “They make that much milk.” Other breeds may offer more butterfat, but the Holstein will provide the most milk overall. Thomas warns that they can be “snorty and high-strung,” but with this sizable breed you’ll see huge variation among individuals.

Originating from the island of Jersey in the English Channel, this cow has become a favorite of small farmers. (If you ever decide to set up that bunker in the woods, this is the cow for you.) “They’ve got high protein and butterfat in the milk,” says Jersey owner Charles James, “which gives us a higher price on milk.” With small frames and an easygoing demeanor, this is the perfect cow for a 4-H kid looking for a dairy project. “Most of our Jerseys,” says James, “you could go up to them in the yard and just talk to them. They’ll just stand there. They’re very friendly.”

Perhaps one of the widest-flung cattle breeds and best at adapting to different climates, Simmental cattle can be found on every continent save Antarctica. But Simmentals can be nervy. “Like most cattle,” says owner Charles James, “they’ll get wound up if they get separated from their herd.” Their milk, meanwhile, is high in butterfat and renowned throughout the world – though they are also popular beef cattle in the United States.

Bred in England as a draft animal, the South Devon is known as “the gentle giant.” “They’re an excellent choice for docility,” says Jim Doubet of MJB Ranch in Lodge Grass, Montana. “It was amazing with my boys when they were little – how short a time period it took to break them to lead.” While recent breeding has brought down the Devon’s gigantic size, it’s still a sizable breed that combines marbling similar to Angus, but uniquely large muscling, which means that owners can look forward to monster-sized ribeyes.

Popular
7 Smokable Plants You Can Grow That Aren’t MarijuanaBrian Barth
The Fertilizer Shortage Will Persist in 2023Shea Swenson
Agricultural Runoff Pollutes Well Water, a ‘Public Health Crisis In the Making’Madison McVan, Investigate Midwest
Move Over, Mezcal. A Sustainable Tequila Alternative Is Taking Over.Hollie Stephens
Why Don’t We Eat Turkey Eggs?Dan Nosowitz
Explore Modern Farmer
Related
Features, Food Security, Labor
The Rise of Virtual Farmers MarketsLeah Borts-Kuperman
Environment, Labor, Water
California Farms and Farmworkers Attempt to Recover From Record FloodsNaoki Nitta
MTMF, Plants
This Modern Farmer Wants You to Grow a New Potato StrainBevin Cohen
Food Security, Labor, news
A New Egg Co-operative Has Hatched in the Western U.S.Lindsay Campbell
wpDiscuz
We use cookies on our website to give you the most relevant experience by remembering your preferences and repeat visits. By clicking “Accept”, you consent to the use of ALL the cookies.
Cookie settings ACCEPT
Privacy & Cookies Policy