A hot pregnancy trend has roots in the field. 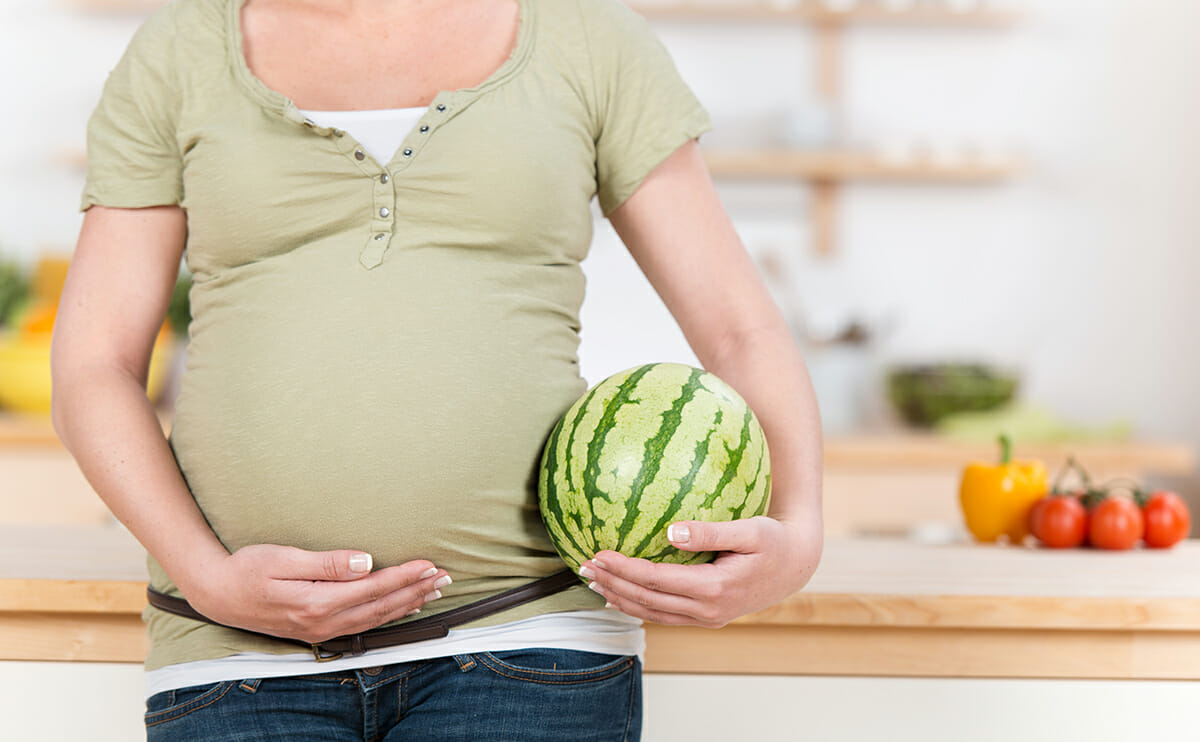 The produce-fetus phenomenon is nothing new. Fruit and veg comparisons are scattered throughout the seminal baby book, What to Expect When You’re Expecting, which was first published in 1984. When baby advice site The Bump launched in 2008, deputy editor Elena Mauer remembers using the comparisons, which are now one of the site’s more popular features (it’s also the focus of its own app). Women like them because it’s an easy way to understand the changes their body’s going through.

“Your body’s changing but you can’t picture this baby. You can’t really visualize it in the beginning,” Mauer says. “If you can compare it to something you see in the grocery store, then you can really understand it.”

Comparing the fetus to items in the produce aisle also makes it more adorable and therefore prime for sharing on social media.

Comparing the fetus to items in the produce aisle also makes it more adorable and therefore prime for sharing on social media. We’ve all been witness to a Facebook parade of too-intimate ultrasound photos — or worse, mostly naked pregnancy shots — as our friends and relatives navigate their first pregnancy. The Bump has an app by which hundreds of users share info about their baby’s produce counterpart every week; an easy way for the pregnant parties to keep their friends and relatives posted on the baby’s development without having to share TMI details about their symptoms or doctor visits.

Not that comparing babies to produce isn’t creepy in its own way. Some of the fruits, like pineapple and durian, sound extremely uncomfortable to have growing in your stomach — not to mention that announcing that you’re growing a butternut squash in your uterus sounds more like the premise of a bad ag-themed horror movie than good news about a growing family. Then, there’s the uncomfortable fact that we eat all of these fruits and vegetables, and, you know, we don’t eat babies.

But for all the creepiness, there’s something about the metaphor that works. Fruits and vegetables grow from seeds just like humans, and for all of the weirdo fruits, there are cute ones like peaches, sweet peas, and honeydew melons that are guaranteed to make excited grandparents go awwww. Mauer says they’ve tried fetus size comparisons to inanimate objects before, like baseballs and iPhones, on The Bump, but women just don’t respond as well. Though both would be equally disturbing in practice, it seems it’s better to imagine you’re giving birth to a pumpkin than a basketball.