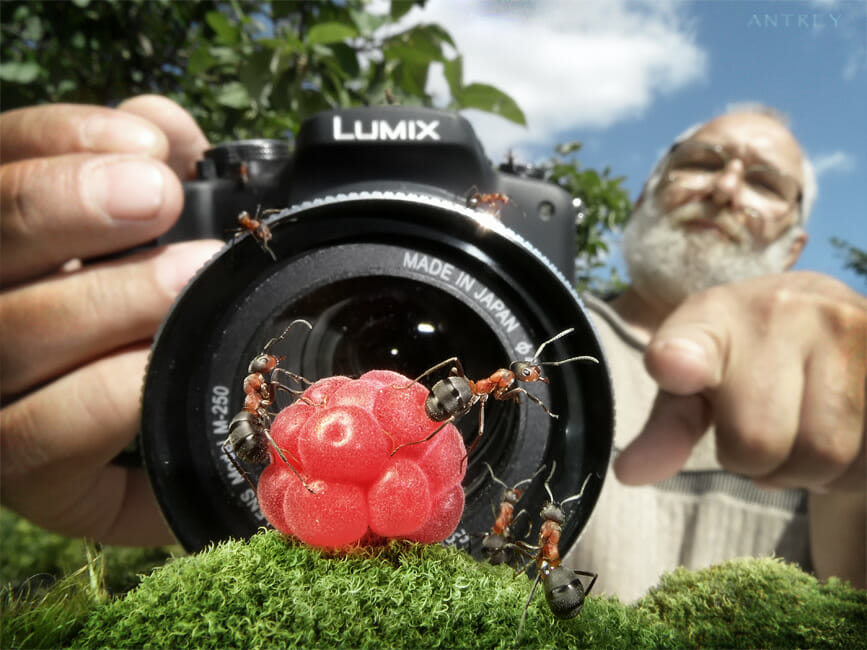 Mature ant colonies contain thousands of individual ants, practically every one of them a female athlete that can sprint a marathon and lift multiple times her bodyweight. Ants have their own implementations of daycare, graveyards and garbage disposal. You get to watch them kill bugs. Why don’t you have thousands of your own?

If you harbor fond memories from home or school of the classic green ant farm, that acrylic picture of lonely, confused ants framed by the Uncle Milton logo, you’ll be glad to know that the hobby of maintaining ant colonies complete with queen is alive and well today, and it’s better than it’s ever been. Hobbyist ant-keepers operate across a spectrum of motivations, ranging from the deeply scientific to “bugs are cool.” Whatever your reason for keeping ants, you should know that we now refer to the ant farm by its serious name of formicarium. 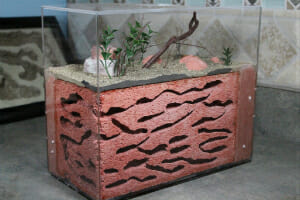 A formicarium amounts to a standard terrarium with a pre-formed nest configuration inside, butting up against the glass so that you can see what your ants are up to underground. It’s common to connect a formicarium to an outworld via a length of tube. The outworld is a conventional terrarium that more accurately facilitates the ants’ natural foraging instincts (it’s where they kill the bugs). Once you have these two components, you only need a queen.

A queen ant will keep you with ants for years instead of weeks. She only needs to mate once, then she’s set to be cared for by her daughters and lay eggs as long as she’s alive. Queen ants perpetuate life for their colonies and give them their meaning — this is why they were always lacking from the ant farms of our youth.

Laws are such that you generally can’t buy a queen and instead must capture her in the wild. Mikey Bustos runs Ants Canada, an ant supply storefront that sprang up to cater to hobbyist interest around the world. He told us that the prime time to catch a queen is “during mating season when they have annual nuptial flights – young queens and winged males mate together in the air. After mating, the males die and females venture off in search of a suitable place to nest and start their new colonies.” At this point it’s easy to spot a fledgling colony entrance: a small hole in the ground that resembles a crescent moon. Dig down several inches and you’ll find a newly pregnant queen. Gather her in a test tube along with any workers and eggs that she’s laid, place them in your formicarium, and watch them go to work on moving in (though it might them take some time to do so).

With nothing more than a fresh supply of food and water every two to three days, your new colony is set to thrive. As a general guideline, protein-rich insects and meaty kitchen scraps are perfect for younger ants’ physiological development, while sweeter sugary things are good for energizing the older ants who forage above ground. Ants have two stomachs: one for themselves and one for sharing food directly with other ants (called a “social stomach”). 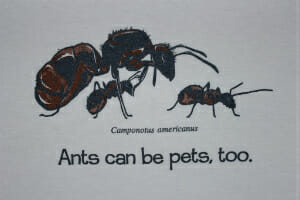 “Ants are arguably the greatest success story in the history of terrestrial metazoa,” writes entomologist Simon Schultz. They’ve been pretty good at this thing called “life” for many millions of years. With over 12,000 individual ant species on the planet, they’ve developed a number of surprising strategies for flourishing at our feet. Mack Pridgen, who runs ant supply store Tar Heel Ants, shares one of his favorites: “Camponotus saundersi, among other ants in the genus, can rupture a gland inside their bodies that not only kills them but also serves as a method of colony defense. Amazing act of selflessness.” Quite literally, these ants are suicide bombers.

Ants may look like absolute monsters up close, but we’re certain you can come to love them. They live in and on the ground we usually ignore, and they’ve done so without interruption for millions of years. You know the asteroid that killed the dinosaurs? Ants survived that, and right now you’ve got their relatives on your kitchen counter. Why not round ’em up and start a farm?

Glad you have this info, but I was looking for one more natural, with ants making their own tunnels. No tubing or other spaces for eggs, etc. Natural.