Photos: Fighting to Save the Icelandic Goat

Iceland's Háafell Goat Farm is dedicated to saving the endangered breed of Icelandic Goats. And now it may have to close. 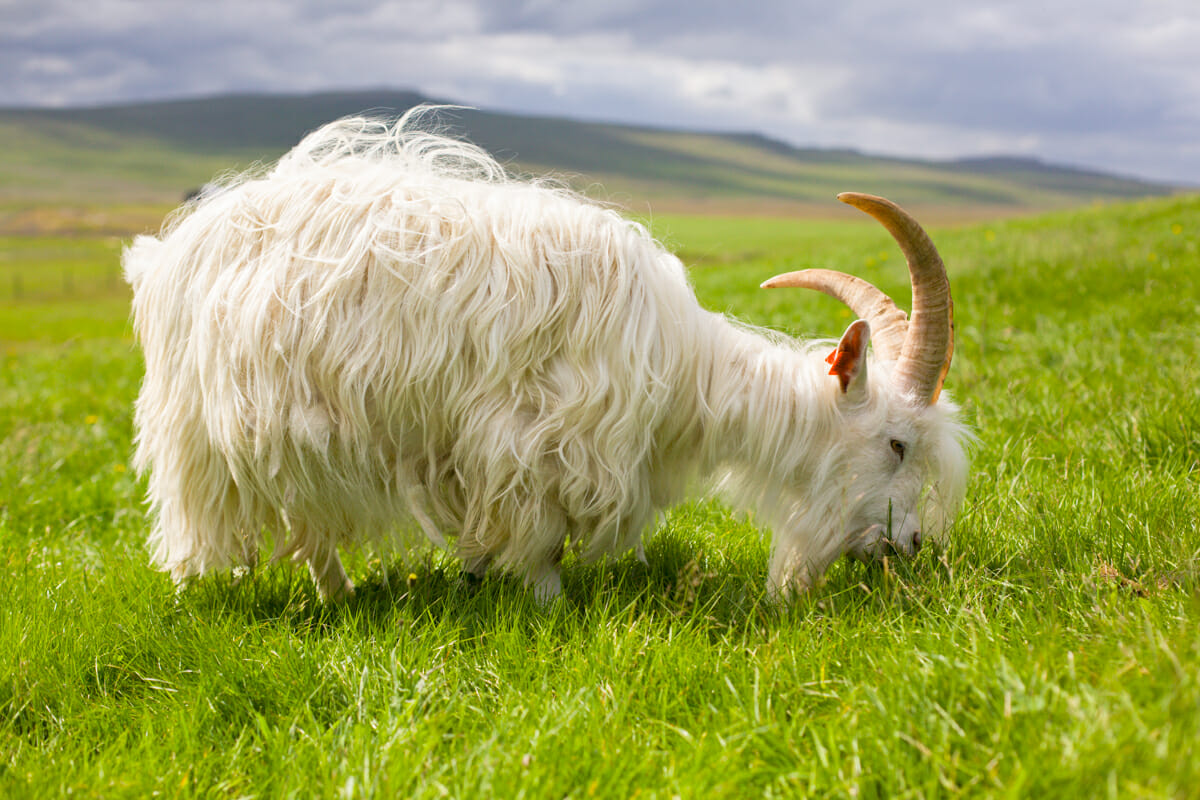 Jóhanna Bergmann Þorvaldsdóttir, a former nurse, currently owns and operates Háafell, an Icelandic farm that has been in her family for generations. Þorvaldsdóttir was born and raised on this land as were her six children but now a combination of forces including Icelandic dairy regulations, is threatening to make her farm as extinct as the breed of goats that she raises.

Háafell is the only commercial and breeding goat farm in Iceland and it works specifically with one of the world’s oldest and rarest breed of goats: the Iceland Goat. For years, the Icelandic Goat has been teetering on the verge of extinction. At one point, the Icelandic Goat population had fallen to less than 90 animals worldwide. Feeling as if she had to do something to prevent the breed’s collapse, Þorvaldsdóttir left her successful career as a nurse and focused her energy on saving the Icelandic Goat. Now, thanks in part to her efforts, there are just over 800 Iceland Goats scattered on farms around the globe and the breed also enjoys the distinction of being part of the Slow Food International Ark of Taste, a catalog of endangered, heritage breeds and other historical foods.

Háafell is the home to 190 adult goats and 170 kids, which makes up a significant percentage of the just 800+ remaining goats in the world. Þorvaldsdóttir has worked tirelessly for years to create a viable and sustainable industry in Iceland for the goat farmer. She has created many value-added products such as soaps and balms made with goat milk and arctic herbs and botanicals that she grows in her garden. She hosts over 100 people daily on the farm for tours and has a variety of goat related products for sale that help supplement farm income.

When considering livestock in Iceland, most people think of the Icelandic Sheep. The sheep are known the world over for their exceptional wool and meat.  As a result, the goat has played second fiddle and many Icelanders are unaware of the obtainability of goat products. Þorvaldsdóttir has worked non-stop, along with other local goat owners, to create public awareness and to create a new market for goat meat, their cashmere wool and dairy products. However, current governmental regulations have made it impossible for her to build and open a raw milk dairy and creamery despite the growing demand and available market for raw goat milk and cheeses. Turning the goat’s cashmere into silky yarn has unfortunately proved to be too expensive since it has to be sent out of Iceland for processing.

Because of the governmental restrictions restricting the ability to create a sustainable business for the farm, Þorvaldsdóttir has been forced to sell off parts of her 900-hectare (or 2,200-acre) farm. Now the entire farm is in danger of going to auction in mid-September and Þorvaldsdóttir will be forced to send her goats to slaughter.

The look in her eye when she talks about her goats is familiar to me. Goats repay respect and kindness and Þorvaldsdóttir has both for them. She calls them by name and they trot over for hugs and pats and then wander away, munching on the sweet grass that the Icelandic summer provides. The goats spend their days wandering the hills on her land and come home in the evenings of their own accord. She keeps a few of her friendliest goats near the barn for the visitors to see and visit. These goats have even been featured on a recent episode of Game of Thrones, which films some of its scenes in Iceland. Sadly, the sum of all these parts do not add up to a sustainable farm or a secure future for the goats — something Jóhanna strives for daily.

To lose Háafell would mean the loss of Jóhanna’s considerable breeding expertise as well as a quarter of the world’s population of Icelandic Goats. For Jóhanna, the loss runs deeper as it also means losing the family farm and a way of life that is rapidly becoming extinct.

To read more about the farm and the efforts to save it and the breed:

The Fundraising Campaign on Indiegogo

Thank you to Jóhanna and family for being a part of the Female Farmer Project and for hosting me on your farm.

This post originally appeared on Audra Mulkern’s website as part of her “Picturing the Female Farmer” project.

Thank you for all the work you do to help support our beautiful world.

Thank you, much good fortune in your endeavors.