Sure, spinach has a place in your salad bowl, but could you soon be using it to fuel your car? 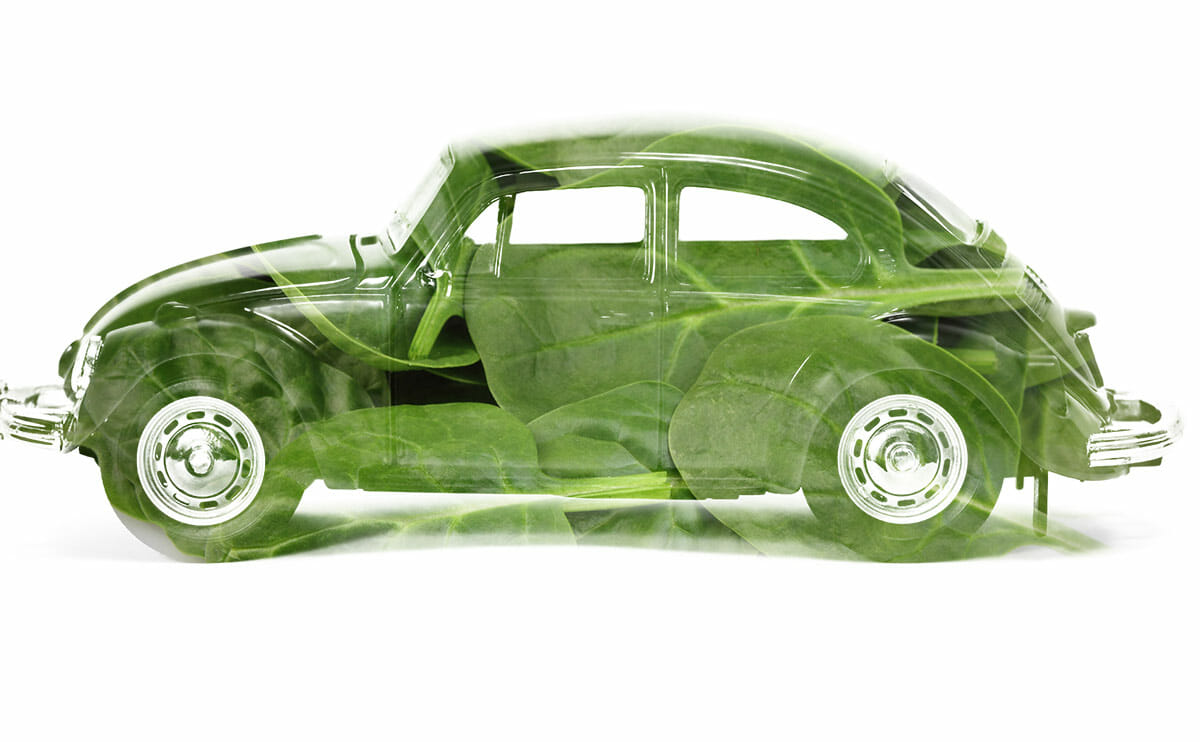 Sure, spinach has a place in your salad bowl, but could you soon be using it to fuel your car? A group of scientists who are experimenting with supermarket-bought spinach hope that the superfood might lead to a breakthrough in sustainable fuel.

In a recent study, an international team of chemists and physicists have taken the first “snapshots” of photosynthesis in action – the process plants use to convert light into chemical energy. This is big news for science, and even bigger news for cleantech, which has long been searching for a way to provide even cleaner energy.

In experiments recently documented in Nature, the scientists shield spinach leaves they buy at the market in a cool, protected room where a sun-like laser activates photosynthesis. They then take a “snapshot” of sorts using a special X-ray. We’ve known since the 19th century that leaves absorb light, then convert it into sugars, but it’s taken a bit longer to learn about the actual chemical and physical processes that ultimately produce photosynthetic reactions. Suffice it to say that involves a very long chain reaction of physical and chemical processes that allows plants to use sunlight (photo) to create and store energy in synthesized sugars (synthesis). And we still don’t fully understand everything behind the process that gives plants their food and humans their oxygen.

Using lasers, X-rays, and some spinach, the team has created the first-ever images of the water-splitting process that leads to plant energy.

The spinach-based breakthrough in question centers around the futuristic-sounding “Photosystem II” a protein-based reaction center within a plant’s cell structure that activates all the other processes that allow a plant to turn light into stored sugars. Until now, chemists haven’t understood how Photosystem II does its job, but using lasers, X-rays, and some spinach, the team has created the first-ever images of the water-splitting process that leads to plant energy.

“Spinach leaves, like all other green plants and cyanobacteria, have unique machinery that collects sunlight and converts it into chemical energy,” explains Yulia Pushkar, an associate professor of physics at Purdue University who collaborated on the project. “Our scientific quest is for the exact details of this process. Once discovered, the machinery of photosynthesis can be recreated by humans in a device to provide clean, renewable energy.”

But don’t expect a global uptick in spinach farms. Once scientists get a handle on exactly how photosynthesis happens, they’ll recreate it using other technology to create what’s called an “artificial leaf” which could convert solar rays into cheap, renewable fuel. Things are theoretical for now, but researchers hope this technology will be able to immediately convert and store energy, unlike solar panels that convert energy twice (once when they turn sunlight into electricity, again into chemical energy when electricity is stored), losing energy in the process. Until then, researchers at institutions like Arizona State University’s Center for Bio-Inspired Fuel Production will dream of the day when they can take a leaf from the humble plant’s power playbook.

Spinach isn’t the only plant at the alterna-fuel party. Here are other foods helping power our world:

Corn: Corn-derived ethanol is big business in the United States – 2014 production is expected to hit an all-time high of 14.2 billion gallons, with exports at around 1 billion gallons.

Wheat: The U.K. has been experimenting with bioether produced from wheat, but the fuel’s density is so low that it’s more likely to be used as an additive than to fuel cars by itself.

Vegetable Oils: Pretty much any vegetable oil (think rapeseed, sunflower, soy, hemp, flax) can be turned into biodiesel, which can be found at many European gas stations. But don’t look for a pump near you anytime soon… the EU produces over 50% of the world’s biodiesel, and international trade is currently being stifled by technical and export issues.

Sugar: Sugar beets are gaining steam as an ethanol producer, and sorghum is being pushed as a sustainable use of the Mississippi Delta region’s 0.8 million tons of the crop. Expect controversies like the recent fight between Nebraska corn and sugar beet farmers to draw even more attention to sugary biofuel.