Be Vewwy Afwaid: These Bunnies Are Huge

There are 10 current breeds of giant rabbits -- and the Spanish government plans to bring back another one. 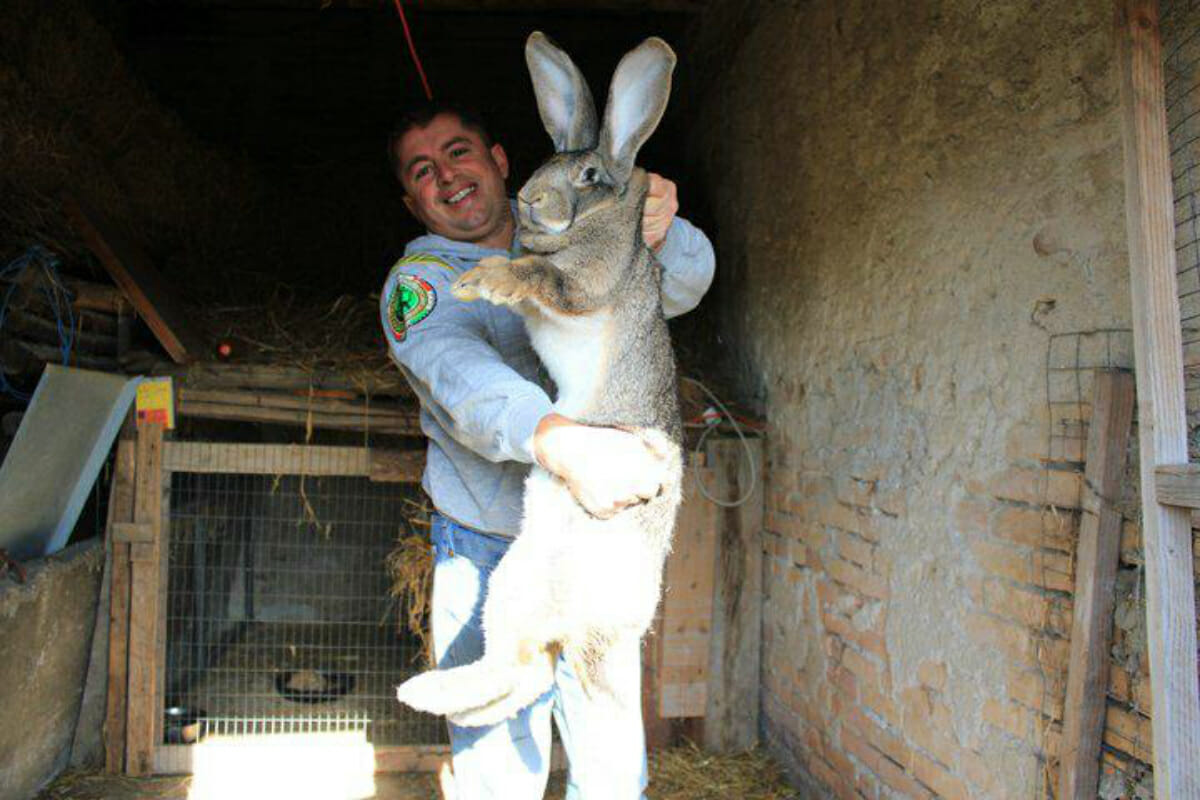 Your run of the mill rabbits, like Peter and “Watership Down’s” Hazel, have larger cousins. Much larger. Among breeds of rabbits there are over 10 giant varieties. Soon there may be one more. In 2009, the Spanish government started a breeding program to bring back the giant Valenciano Rabbit. Vincente Garcia, the engineer in charge of the program, told the Telegraph: “We have already started a breeding program and will test the productivity and profitability of the Valenciano with the goal that it will once again be viable to produce for human consumption.” 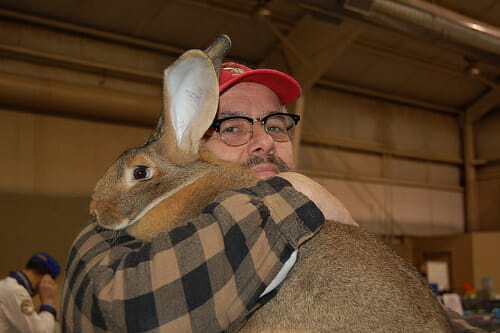 There has been no word yet if Garcia was able to pull the rabbit out of the hat and on to the dinner tables (please excuse us). The Valenciano was a popular source of meat in Spain as well as in Cuba and Argentina, but disappeared in the ’70s. The appeal is clear, however — these rabbits can produce up to 15 pounds of meat, which is no small potatoes.

Giant rabbit terror — provoked by scientific experimentation like Garcia’s — was brought into the spotlight in the 1972 cult classic, “Night of the Lepus.” Set in a small Arizona town, giant mutant rabbits attacked humans with deadly consequences. The filmmakers used a mix of miniature sets with normal-sized rabbits and actors in rabbit suits.

The worlds largest rabbit is currently Ralph, a 55-pound Continental Giant. That is getting into Harvey territory. Ralph may not be attacking his owners jugulars, but he is going for their wallets. He consumes $90 worth of food a week, a heck of a lot of carrots. Bunnies approaching Ralph’s size are uncommon now, but that wasn’t always the case.

In 2011, the skeleton of the world’s largest rabbit breed was discovered on the Spanish Island of Minorca. Known as the Minorcan King of Rabbits, they weighed nearly 30 pounds, about six times the weight of your average rabbit. They lived on the island over 5 million years ago. They were able to evolve into such monsters because of a lack of predators. Unfortunately, due to its weight, it was unable to hop.

Today, one of the largest varieties of rabbits is the Flemish Giant. There is some ambiguity to how they first came into existence, but they entered the English rabbit scene in 1860. Originally they were raised as a source of meat among families. Today, they are mostly seen in 4H shows and as pets.

Also: in our nightmares.

Top photo courtesy of imgur. Second photo from The Original Turtle on Flickr.

Hi how do we get these in Australia

Dont hold it in the neck or ears!!!

how do i get one of these in georgia