Does Dirt Make You Happy?

There might be a scientific reason why getting our hands dirty makes us feel good. 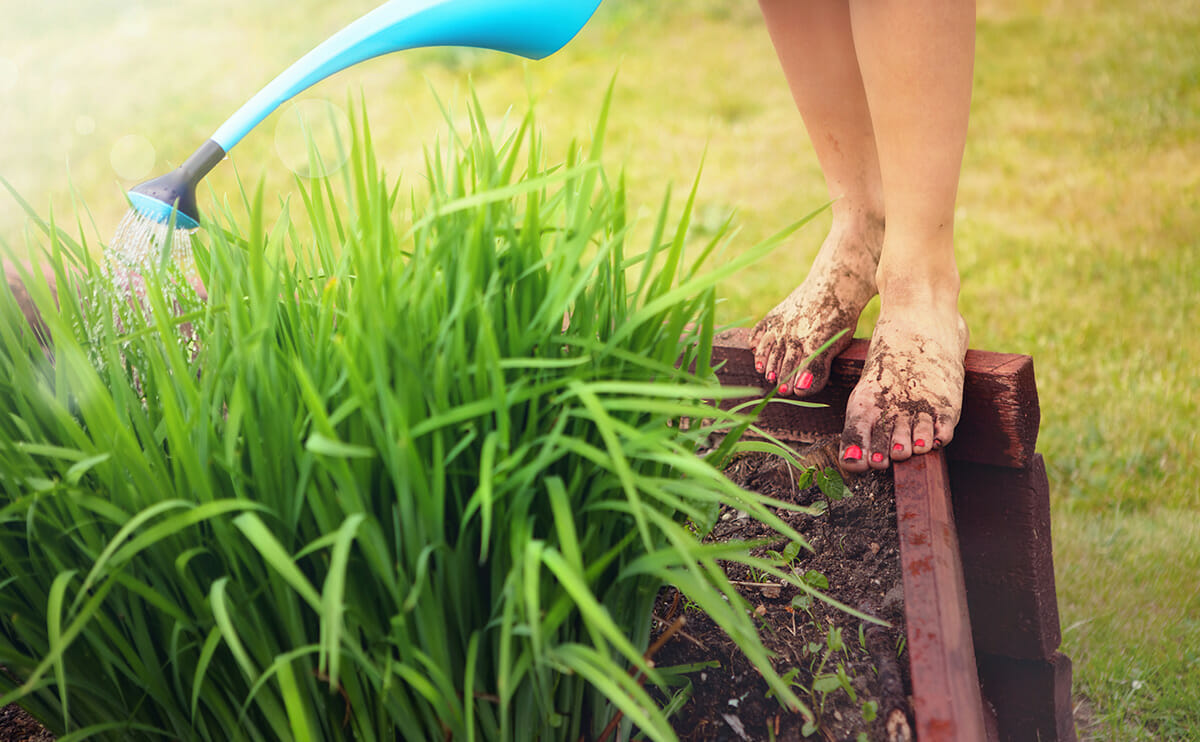 In 2007, Christopher Lowry, associate professor in the Department of Integrative Physiology and Center for Neuroscience at Universtiy of Colorado Boulder, and a team of researchers published an article in Neuroscience that had people wondering if dirt was the new Prozac. The study examined a specific soil bacterium, Mycobacterium vaccae, and its potential role in the regulation of emotional behavior. In other words: did the bacteria have antidepressant qualities?

“Soil, especially soil with abundant organic matter, contains saprophytic bacteria, meaning that they live off of dead and decaying organic matter, such as leaves,” says Lowry. “Humans coevolved with these bacteria over millennia and they have been shown to affect the immune system in a way that suppresses inflammation. This means that these bacteria may be helpful in preventing or treating diseases with excess inflammation.”

So what are exactly, are diseases with “inflammation?”

It’s not so surprising that we may benefit from microorganisms in the soil, given that we need them to live.

The regulation of the immune system is indeed connected to the biodiversity of the natural environment. We benefit from being outdoors and exposed to things like soil and animals, because of the fact that we’re exposed to microorganisms.

“A human is not an individual. We are ecosystems. At least 90% of the cells in a human body are microbes, most of them living in the gut,” says Graham Rook, professor at the Centre for Clinical Microbiology at the University College London. ” These organisms constitute the ‘microbiota,’ and the microbiota should be regarded as an organ, just like your liver or your brain.”

“An unknown proportion of the organisms that constitute the microbiota come from the environment,” says Rock. “It now seems that the most likely explanation for the health benefits of exposure to farms, dogs in the home, and green space is that the natural environment (including the animals in it) is a resource that provides organisms as we need them.”

Just last year Rook published an article that explored those connections, concluding that the regulation of the immune system is indeed connected to the biodiversity of the natural environment. We benefit from being outdoors and exposed to things like soil and animals, because of the fact that we’re exposed to microorganisms.

The psychological benefit of nature has been well documented. When it comes to being happy or not, many studies show that psychiatric problems are more common in urban than in rural communities. That makes Lowry’s and Rook’s research interesting, as it gives us a better understanding of exactly why being outside, in a garden or on a farm, makes us feel good.

“People usually assume that the health benefits of exposure to green space are due to exercise. In fact two large studies now demonstrate that although exercise is definitely good for you, it does not explain the beneficial effect of green space,” says Rook. “Contact with microbial biodiversity is looking like the most probable explanation for the green space effect.”

So if microorganisms are good for you, how much exposure do you need to have in order to reap the benefits? How many days in the garden do you need to commit to?

Which means that you now have another reason to go outside and get your hands dirty.

[…] PS Science says that getting dirty makes you happier! […]