4 Delicious Foods Banned Because of Capitalism 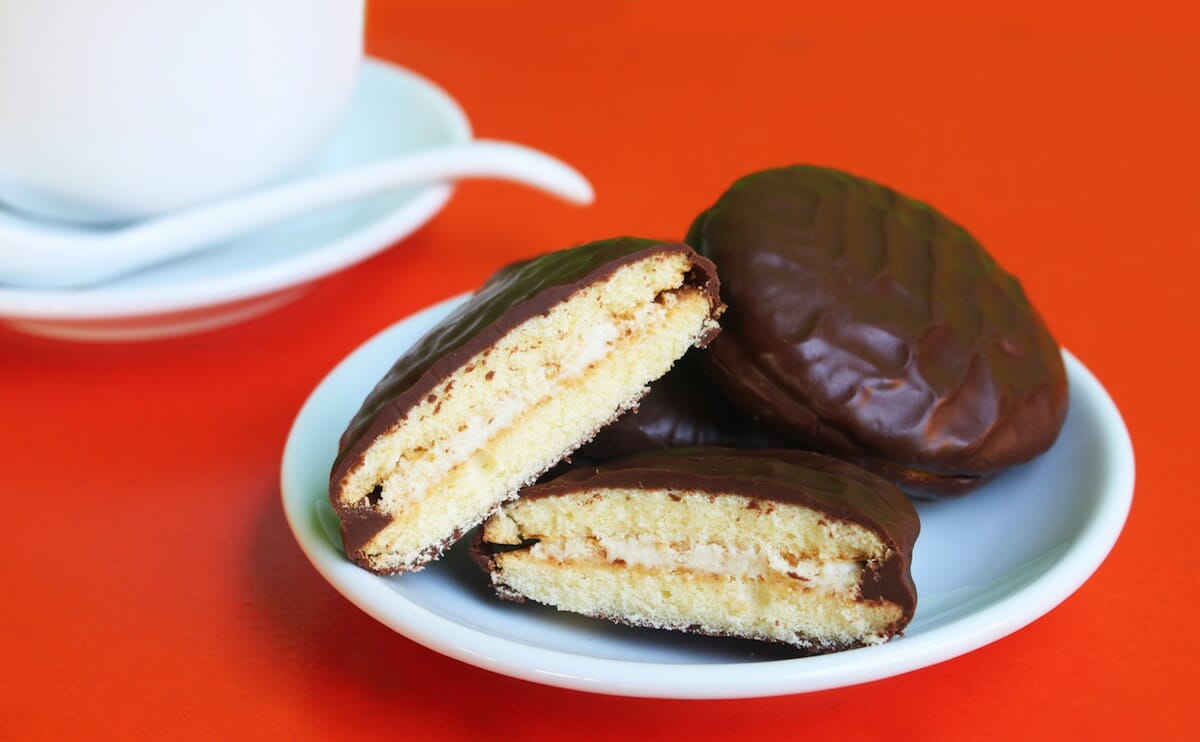 Last month, reports came in that North Korea had banned the South Korean product, which had become a highly popular, black market good. The little snacks had functioned as an overtime bonus and morale booster for some North Korean factory workers, according to The Chosun Ilbo, and were so tasty that the regime feared they might inspire pro-capitalist feelings.

Those pro-capitalist feelings, if any exist, may be inflamed. “Embarrassed by the growing popularity of Choco Pie, North Korea banned it as a symbol of capitalism,” said Choo Sun-Hee, one of the Choco Pie-launch organizers, to AFP. Choco Pies join a long list of enticing and edible propaganda that have been banned in (relatively) recent memory for their association with the West — by which we mean America. Here, we take a look at some of history’s most delectable capitalist contraband.

Back in 2012, Bolivia’s foreign minister David Choquehuanca made some fascinating statements about a planned ban on Coca-Cola products, which would align with the end of the Mayan Calendar.

Frankly, incredible stuff. Unfortunately, Coca-Cola struck back with some heavy subtext of their own – “Like the Bolivian economy, our business has been growing steadily and we have plans to continue our investments.” – and the foreign ministry backtracked in a statement: “Foreign Minister Choquehuanca’s statements about Coca-Cola were taken out of context and there is nothing official.” Big Coke strikes again.

Pundits love to discuss how Russia-America relations have “hit their lowest point since the Cold War,” and they have the food evidence to prove it. In late July, a Russian consumer watchdog agency requested that a Moscow court make the production and sales of Cheeseburger Royales, Filet-o-Fish, and other McDonald’s menu items illegal, according to Reuters.

Reportedly, it was for health and “product quality and safety” reasons, but a short time later, Putin made an even clearer gesture by banning most food imports from the West. Prime Minister Dmitry Medvedev said the ban would include all imports of meat, fish, milk and milk products, and fruit and vegetables from the U.S., E.U., Australia, Canada, and Norway for one year, according to the AP. Russia’s ban was made to pressure the West into easing its own sanctions, but let’s be real: It’s a big F.U. to the U.S.

In 2011, al-Shabaab, a militant Islamic group in Somalia, banned samosas for being offensively Christian. For the uninitiated, a samosa is a Middle Eastern savory pastry, fried and filled with ground lamb and spiced vegetables; its association with the Christian West, in this case, is curious. According to the Daily Nation in Kenya, locals thought that al-Shabaab believed the samosa’s triangular shape was too reminiscent of the Holy Trinity. However, BBC News later reported that al-Shabaab had banned both beef and samosas in the Lower Shabelle region for health reasons, saying that traders had sold rotten meat or used cat meat, which was un-Islamic and dangerous to the people’s health; at the time, more than 10 million people were believed to be starving.

In 2011, France struck a blow against ketchup, America’s favorite condiment. The Telegraph reported that Christophe Hebert, chairman of the National Association of Directors of Collective Restaurants, was responsible for the banning of ketchup in French primary schools and believed it was too American and a negative influence on the delicate Gallic palate. “We have to ensure that children become familiar with French recipes so that they can hand them down to the following generation.” His feelings were echoed by Bruno Le Maire, the agriculture and food minister, who was quoted as saying, “France must be an example to the world in the quality of its food, starting with its children.”

Ketchup was banned not only for its cultural tyranny, but also for – you guessed it – health reasons.