Canada's team may not be in the World Cup, but its speciality grass is on all twelve of the pitches in Brazil this year. 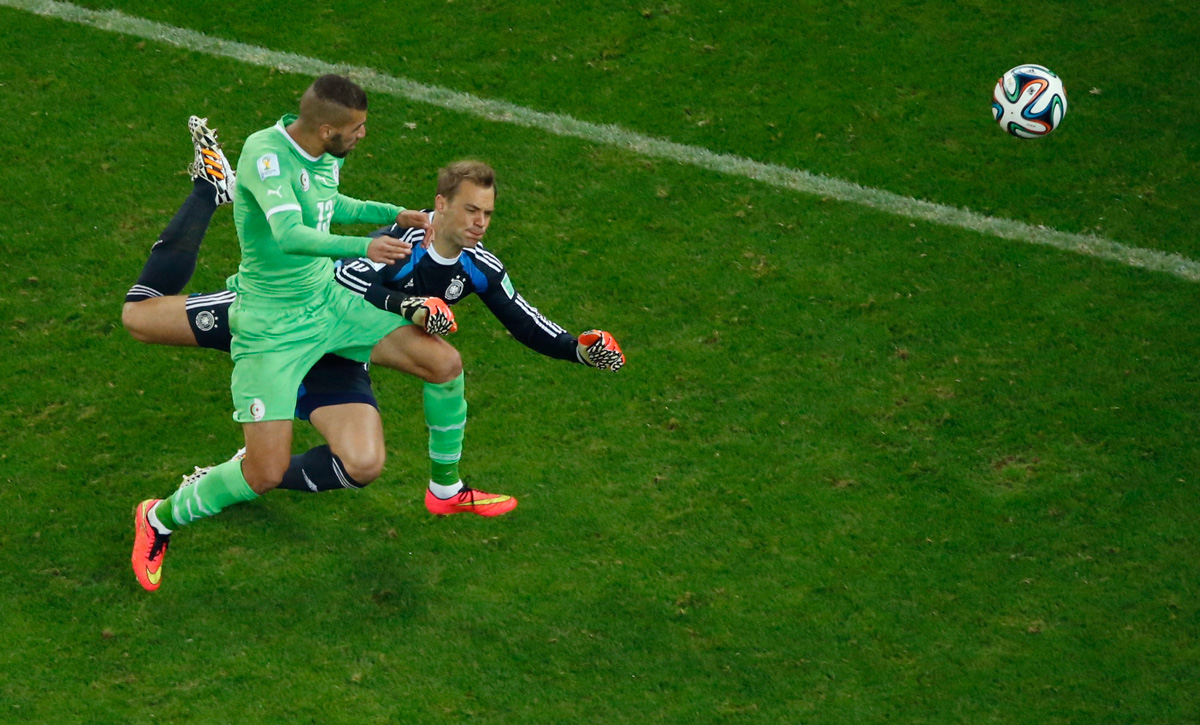 Each of the tournament’s 12 pitches are covered with more than a billion perennial ryegrass seeds that were harvested in Manitoba and then shipped south.

The strain was developed by DLF Pickseed, which began as a family-owned business in 1947, operating out of Lindsay, Ontario. Last year the company was bought by Denmark’s DLF-Trifolium, the world’s leading grass seed production company.

In Manitoba, 10,000 acres of farmland are used to grow Pickseed strains. In the vast, open plains of central Canada, the moisture levels of the province make it the perfect home to sprout turf, says Terry Scott, vice-president of Western Canada sales, speaking from Pickseed offices in Winnipeg. “We have very good, productive soil and we have extremely good producers.”

They also have a winning formula.

The perennial ryegrass at the World Cup is a combination of five strains of the grass, each with slightly different characteristics – some are more disease resistant, others germinate faster or sprout in different color shades. Experts mix the five seed strains together in differing volumes to suit the climate of each field. Combined, they prop each other up to form what Scott calls a “uniform carpet of turf.” The seeds are shipped out in 50 pound bags, at $150 (CDN) per bag. It takes more than 300,000 perennial ryegrass seeds to make a pound.

Pickseed also provided seeds for the 2010 World Cup in South Africa and the 2012 UEFA European Championship in Ukraine and Poland. Every few years, the company debuts a new strain, in hopes of staying at the front of the industry.

Fields get MVP treatment: Every pitch is planted with a unique mix of five grass strains perfectly calibrated to its climate.

In Brazil, one of the strains on the fields is called Blazer 4, the fourth iteration of a seed that the company designed in 2003. The strain was in development for three years. Each new strain is put through trials by the National Turfgrass Federation, a nonprofit group of experts devoted to turfgrass perfection. If a new variety doesn’t stack up with the best ones in a trial, it doesn’t move forward. The strains are developed by cross-breeding, with the hope of obtaining as many desirable qualities as possible.

Turf is a “competitive space” according to Scott: The breeding process is long and expensive, and each company attempts to outdo the other.

Getting a platform like a World Cup is huge coup for a seed organization. In South Africa, Pickseed competed against other major seed companies who were offering to provide their services at no cost just for the recognition, says Scott.

The perennial ryegrass on the pitches in Brazil was engineered to germinate quickly, usually within five to seven days. It also handles diverse conditions well, important in Brazil as the stadiums are located at different altitudes, with hot and cool temperatures. The ryegrass also matures quickly and it’s tough: With 32 games in 12 days, there’s a lot of foot traffic that the field must sustain.

Evan Rasmussen, who farms in Starbuck, Manitoba, a town of less than 500 people about 25 minutes south-west of Winnipeg, the capital city, was one of the farmers behind the grass. He’s been farming 10 years and shares about 4,400 acres with his father, his uncle and his brother. He also grows wheat, soybean and canola.

The grass, though, is the most labor intensive of all his crops.

“You have to stay on top of it to keep the weeds out and try and keep the seed purity higher,” he says. Once the ryegrass is planted, it takes a year before it’s ready to harvest.

Rasmussen didn’t know his crops would be heading to the World Cup and though he’s not the biggest soccer fan, he says he’s been watching with a little more interest this time around.

“It’s definitely cool to see it (the grass) on television,” he says.

Scott shares similar sentiments, saying he sometimes pays more attention to the turf conditions than to the action on the field.

“I know it was raining for a few games, and I was thinking about was how that’s going to be hard on the field,” he says. “Then you remember there’s a game going on as well. It’s pretty neat to be part of it.”