This Man Is Using Kickstarter to Hold Tomatoes Hostage

Pay the man his money, or the tomato gets it. 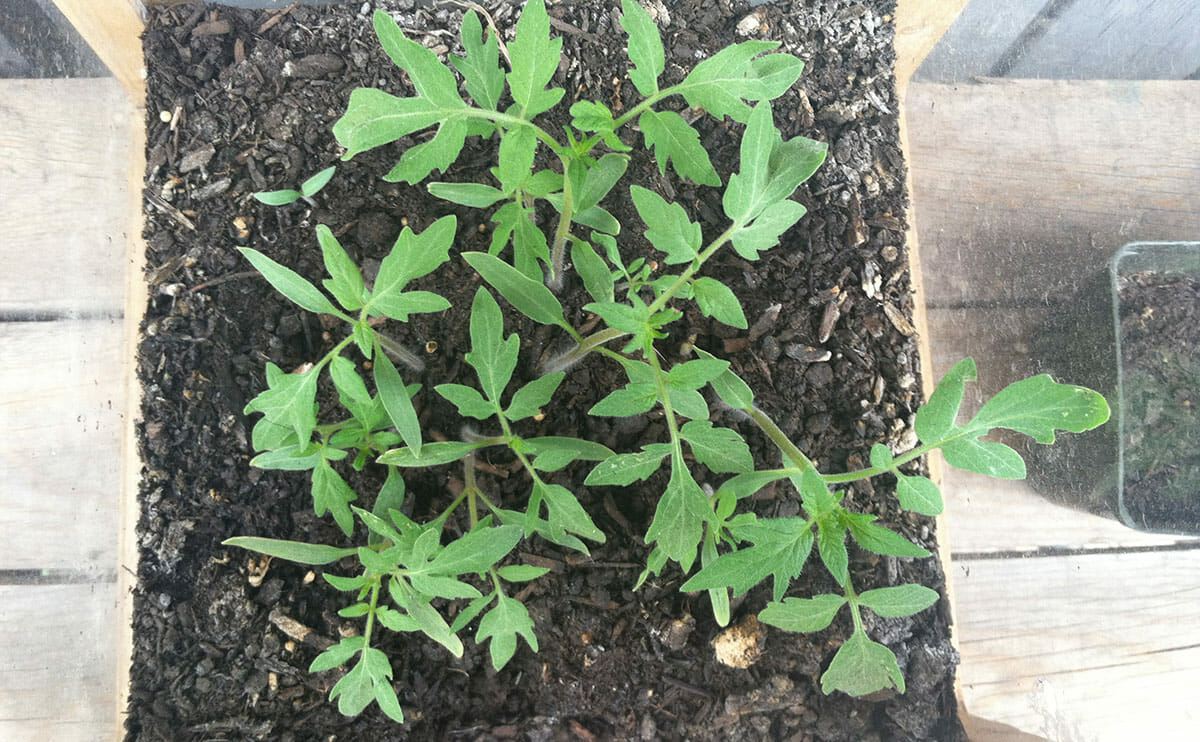 Modern Farmer: So how’d you get the idea?

Jonas Burke: We wanted to start a garden in the backyard, regardless. We got all the seeds, pots and some green thumbs. A friend was telling me about Kickstarter and about how great it was. I had a sarcastic idea to hold some tomatoes captive. The whole premise of the thing: For every donation we would take care of the plants, water them, feed them or even sing to them. For each $5 donation I would say thank you from the person to the plant – you know what I mean.

Are you willing to let these tomatoes die if people don’t pay cash?

MF: Are you willing to let these tomatoes die if people don’t pay cash?

JB: I’m really not – they are getting taken care of regardless. I would rather not have tomatoes, it was something I wanted to do for entertainment. I have seen a lot of things on Kickstarter get funded. Like have you heard all the hype about the guy making a potato salad?

MF: Yes. That seems to have kicked off the idea of Kickstarter as absurdist comedy.

JB: In a sense. With that is was really interesting because people knew exactly what they were getting out of it and they donated willingly. I was surprised by that. My Kickstarter has a dollar out of a three dollar pledge. It didn’t really take off, but I love doing things just for the sake of comedy. People I know laugh about it.

MF: How many tomatoes are you growing right now?

JB: Currently we have eight plants, about three inches high. They are just little cherry tomatoes, but we are working on them. Right now I have them growing in a miniature house we built.

MF: Say I want to be the Daddy Warbucks of these tomatoes, What is the biggest reward I could get?

JB: We would attempt to send you the actual plant itself. A nice card and a back story on the tomatoes, like an adoption process or a sponsor. We would send you updates or anything you would need for the plants. Giving you the rights to every seed.

MF: Is this your first time growing tomatoes?

JB: Usually I start a little garden every year. My family is big on growing their own food. I figured I would have a little fun with it, make people laugh, maybe make a little money.

Do you have any tips for the potential tomato grower, besides holding a metaphorical gun to their head?

MF: Do you have any tips for the potential tomato grower, besides holding a metaphorical gun to their head?

JB: You don’t want them too close to the ground. Lots of water. Well not a lot, but the right amount. Don’t let them bake in the sun. Honestly, I used to live across from this lady who used to sing and talk to her plants every morning and she had the most beautiful yard. So we like to do that. A little bit of encouragement and positivity really helps.

MF: What are you planning to do with the tomatoes once they are fully grown?

JB: Usually I just pluck and eat them after I wash them. That’s the best way to go actually. It’s funny because as a kid I hated tomatoes – I never had the palate for them – but now they are just really tasty little snacks.

MF: Hopefully, this will get you the money you need to let the tomatoes live.

JB: They will be happy to hear that.