The Stink About Human Poop As Fertilizer

Are we endangering our health by putting human poop on our farms? 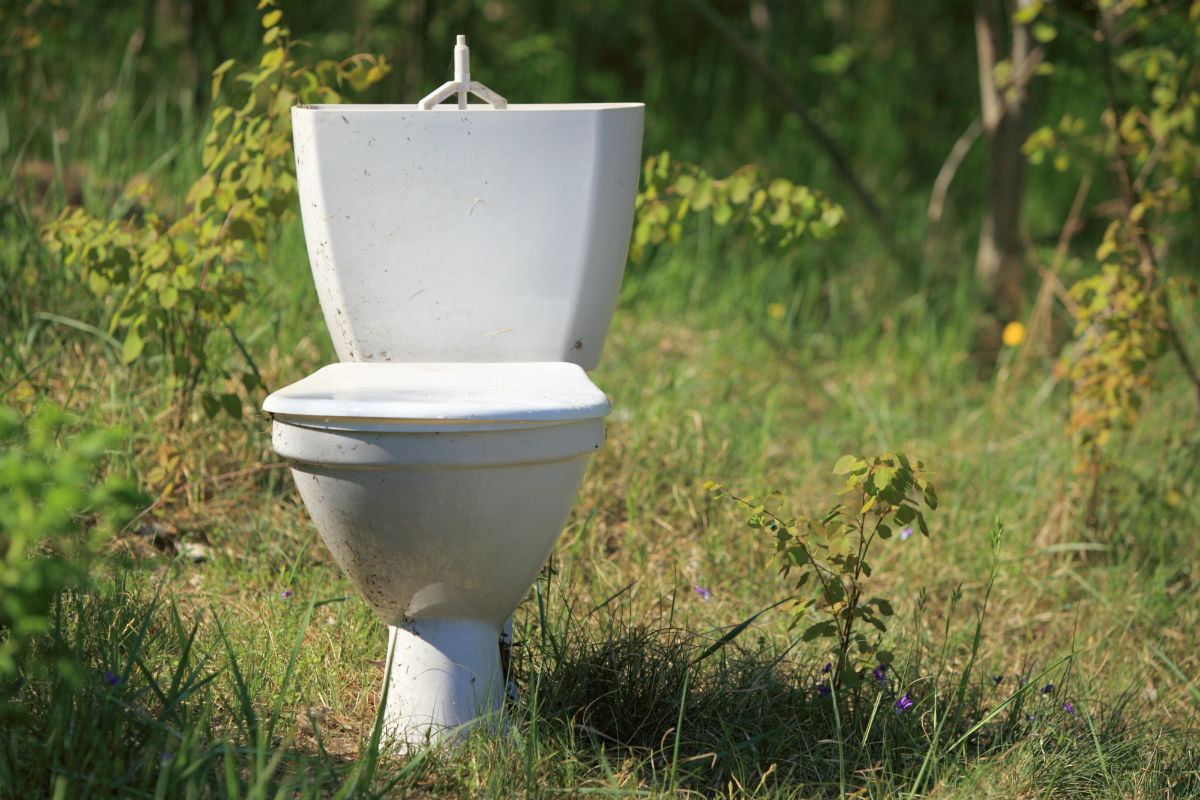 Some waste treatment plants burn it or ship it to landfills, which aren’t the most economically or environmentally friendly solutions. But not all poop ends its life by fire or burial. Some human waste ends up in forests and farm fields as the treated, human-feces-based fertilizer known as biosolids.

Find the idea of growing tomatoes with human excrement repulsive? It’s a common response, one that Washington State University soil scientist Craig Cooger finds strange. “We’re not as grossed out by animal manure as we are by human poop,” he explains. “Although biosolids are a long way removed from the poop, nonetheless there’s that perception issue there.”

“Humans have been repurposing their feces for thousands of years – some more safely than others.”

But skepticism about biosolids comes from more than just our hesitance to talk about our poop – some organizations, like the Sierra Club, worry that using human excrement as fertilizer is significantly riskier than using animal manure. Almost 50 percent of biosolids created in the United States are applied to land, with the majority being used in agriculture. Are we endangering our health by putting human poop on our farms?

Humans have been repurposing their feces for thousands of years – some more safely than others. Often known by its euphemistic name “night soil,” the most famous example of raw human waste application might be China, where human excrement was used for centuries in an attempt to close the nutrient cycle in their fields, something that agricultural scientist F.H. King cited in the early 20th century as the reason behind China’s seemingly perennial fertility. While night soil might have helped China’s land retain crucial nutrients, it didn’t win any awards for public health. Because the night soil was often untreated, pathogens could easily be transferred to both humans and food (so eating raw vegetation was seriously frowned upon).

Biosolids used in the United States aren’t night soil. Regulated by the EPA and federal codes, treatment plants are required to treat the waste at least once before it can be applied to any land. After you flush your waste is carried along with urine, rainwater and household water to a local sewage treatment plant. From there, bacteria digest the sludge (the solid waste before treatment, a process that accomplishes two things: it makes the sludge less biologically active (meaning it stinks less) and it reduces the amount of pathogens in the biosolid. Biosolids treated once are called Class B biosolids, and can be used with various restrictions, because while the pathogen levels are reduced by a single treatment, they’re not completely gone. That requires a second treatment – often using high temperatures – and turns the biosolids into Class A biosolids, which have no detectable pathogens and can be used anywhere.

And yet, even with EPA regulations and treatment processes in place, people still worry about biosolids. Groups like the Sierra Club, the Center for Food Safety and the Organic Consumers Association worry that outdated regulations and guidelines based on antiquated science make biosolids a threat to public health. “Urban sludges are a highly complex, unpredictable biologically active mixture of organic material and human pathogens, some of which are resistant to antibiotics or cannot be destroyed through composting sludge can contain thousands of industrial chemicals, including dozens of carcinogens, hormone disrupting chemicals, toxic metals, dioxins, radionuclides and other persistent bioaccumulative poisons,” warns the Sierra Club. In 2009, an EPA survey of biosolids produced by 74 randomly selected treatment plants found traces of pharmaceuticals, steroids, flame retardants and chemicals in their samples, though the agency states that “it is not appropriate to speculate on the significance of the results until a proper evaluation has been completed and reviewed.”

“They find it fascinating that we can take human waste and find a new use for it.”

But biosolid proponents, and soil experts like Cooger, stress that with materials like pharmaceuticals or heavy metals, the dose makes the poison. “You’re going to find higher levels of metals in biosolids than you will in manure, but the levels are still so low, and the chemistry of interactions between biosolids and soil is such that availability to plants is very low,” he explains. “Given the metal levels in biosolids, we don’t see problems in the food chain or in the environment.” And with pharmaceuticals or steroids, Cooger is quick to note that many animals receive heavy doses of both – which would certainly find their way into animal manure, often in larger concentrations than biosolids. In a 2002 National Academy of Sciences study looking at the regulation of biosolids and land application (known as Federal Part 503), the Academy concluded, “There is no documented scientific evidence that the Part 503 rule has failed to protect human health.”

Public opinion, Cooger notes, is mixed when it comes to biosolids – but those that have experience with it tend to be more accepting than those that don’t. Jennifer Rusch, a media relations officer for Kansas City, MO, agrees. The city has sponsored a farm for years that takes biosolids from treatment plants around the city and uses it for fertilizer. “Within the city, we’ve actually had a lot of support from the mayor and city council and our customers,” she says. “They find it fascinating that we can take human waste and find a new use for it.”

What this article does not come out and say is what is in the same wastewater that contains our feces and urine from our toilets. As you might imagine, people flush all kinds of toxic chemicals down their toilets. They also flush pharmaceuticals down also. Worse yet, and I’m pretty sure this is common practice, (it is for my municipality), is that industrial sources send their wastewater to the same wastewater treatment facility that our waste goes to. So it’s just common sense that the biosolids, that are created and used widely on farmland and in some garden soils, contain… Read more »

It,seems people are too impatient when it comes to the production and use of human as well as animal waste. Factory farms such as pig farms and dairy farms that simply flush animal waste into holding ponds that overflow into nearby lakes rivers that pollute local drinking water rather than turning that waste into compost.

A neighbor has recently begun using class A biosolids on their fields. No one yet has mentioned the actual stink. People smell this miles away and compare it to the smell of an animal. Several people have tried to find the dead animal, but then realized that it is the fertilizer. Up closer, like within a quarter mile, it smells much much worse – like burnt death poop.

From the conceptualization to implementation with proper safeguards towards industrialization of the ‘product’ we become a stronger people. Recycling “ALL” things makes us a more intelligent nation with hope for the future. We are living proof that we can & do listen & learn to our inner selves about how to live longer & healthier productive lives.

Industrially-processed biosolids have all the drawbacks that other industrial product have. The biggest one is that you don’t really know what is in there! People throw all sorts of stuff in their toilets that you may not want on your field. Human waste is not allowed in certified organic agriculture — for good reason!

But although the implementation suffers, the concept is sound. You can do this yourself, and you KNOW what is going on your soil! Joe Jenkins wrote the bible on the topic, and has kindly allowed back revisions of his book to be downloaded for free: https://humanurehandbook.com/store/Humanure_Handbook.html

Amazing concept our parents leave the biosolids lands for quite sometime a year or two for the fertilizer land to blind with the poop….once a seed is put on this land it blossoms rapidly….Gagnoa West Africa

There are also significant problems with using manure. I have quite using it due to persistent herbicides that are in the manure because of contaminated hay fed to animals. I know farmers who have used this contaminated manure and lost their crops.

I have used dog solid waste many time’s. It proved that the solid waste from dogs made the lawn thickerand plants and trees had a radical growth rate. I began using it in flower beds getting trmendous groth and very large fowers. The next step was used in a garden producing huge plants and a very high quality of food better than any fertilizer I ever bought. The crops produced far greater amounts of prduce. Example my peace rose plan grew to 6 feet tall and the rose in full bloom was larger than a dinner plate. With 2 bird… Read more »

High amounts of nitrogen have been found in air we breathe. It is natural, common and basic part of our breathable air. Nitrogen makes up 78% of the air.