Where Does Your Popcorn Come From? - Modern Farmer
Food & Drink

Where Does Your Popcorn Come From?

The question is not as dumb as it sounds, and the answer is not movie theaters or your microwave. 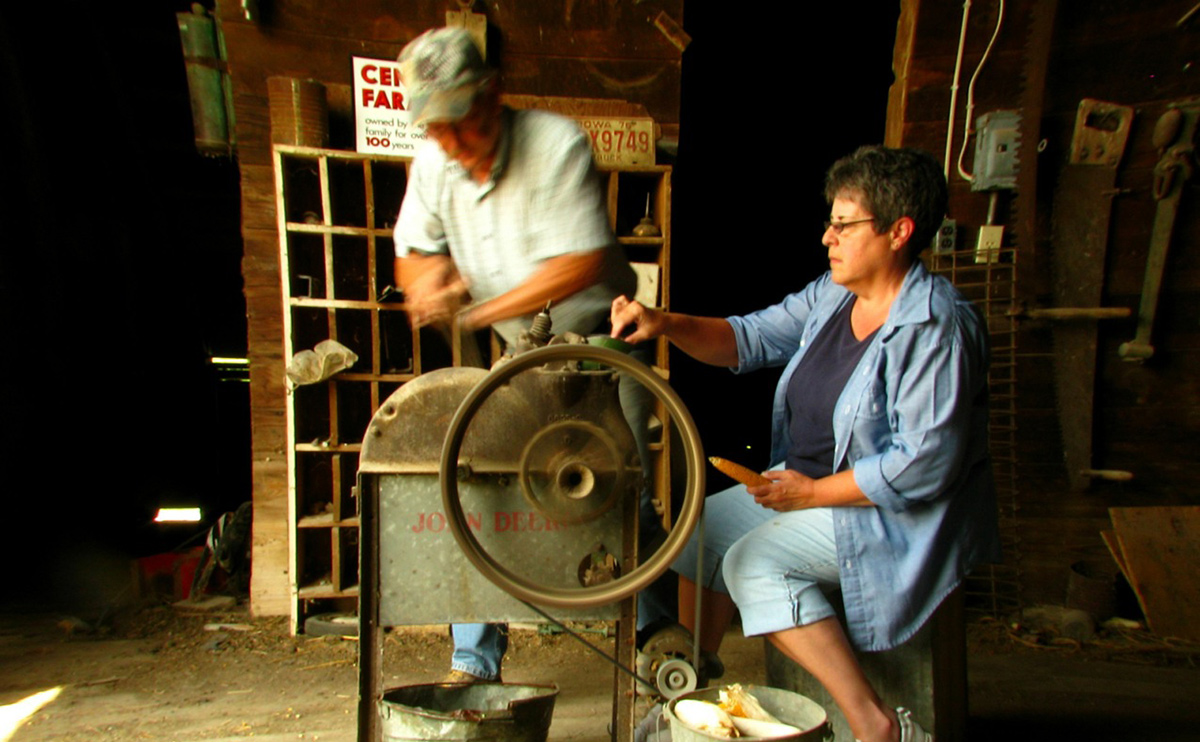 The telltale tassels are the giveaway; tassels on sweet corn and field corn stand upright at attention. But popcorn plants are noticeably different – they have floppier tassels.

But since that’s just a superficial variation, in order to get a deeper look at the differences between farming corn and popcorn we asked Iowa farmers Ginger and Bill Grubb about common popcorn stories and misconceptions: like whether, for instance, on a hot day a popcorn field would just start exploding. They laughed and said no.

But apparently that has happened – at least sort of. In 2010 in Kentucky, a popcorn farmer’s crop burst through its kernels, which had formed at very high temperatures and then filled with water, causing the rupture.

That said, popcorn typically pops after being dried; the heated kernels retain a modicum of moisture that turns to steam, expanding corn into the pop zone.

Kernels that don’t pop? At least among in-the-know popcorn farmers, they’re called spinsters or old maids. Somewhere in the middle are parchies, the nickname for kernels that as much as triple in size without popping. The Grubb’s add them to their personal mix for a nice crunch.

But how did Bill and Ginger – or does anyone – end up farming popcorn? When the two were married, her father made good on an old promise. If she married a farmer like her father, he agreed, he would set her and her husband up with popcorn to farm. As her suitor – Bill – was a fifth generation farmer growing hay, field corn, and finishing beef cattle, their fate was as good as sealed.

Now Ginger and Bill own and operate Grubb’s Premium Popping Corn in Barnes City, Iowa (Ginger is CEO). They’ve grown “zea mays everta” (the scientific name for popcorn) for themselves “as a treat” for over twenty years, but started marketing locally and over the internet four years ago.

Not only do they sell the stuff, but they confess to enjoying it nightly.

In fact, their first seeds were from the same location Orville Redenbacher got his. That’s ironic, too, because if folks like the Grubbs are giving local, homegrown popcorn back to the masses, its because Orville Redenbacher’s mega-branding took that away in the first place. His business was started in 1969, after the Indiana native and his business partner landed on a new hybrid strain of popcorn which eventually captured a third of the unpopped popcorn market.

These days, though, popcorn might be going back to the likes of the Grubbs. And not only do they sell the stuff, but they confess to enjoying it nightly: a bounty of both typical butterfly (movie-theater style) popcorn and mushroom corn (a larger, fluffy favorite among makers of kettle corn). And the parchies? Those are just for them. 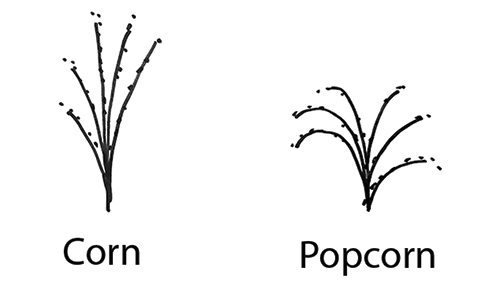