It's summer. It's hot. Is there anything better than a crisp, cold bottle of rosé? Why limit your options: This summer, go orange. 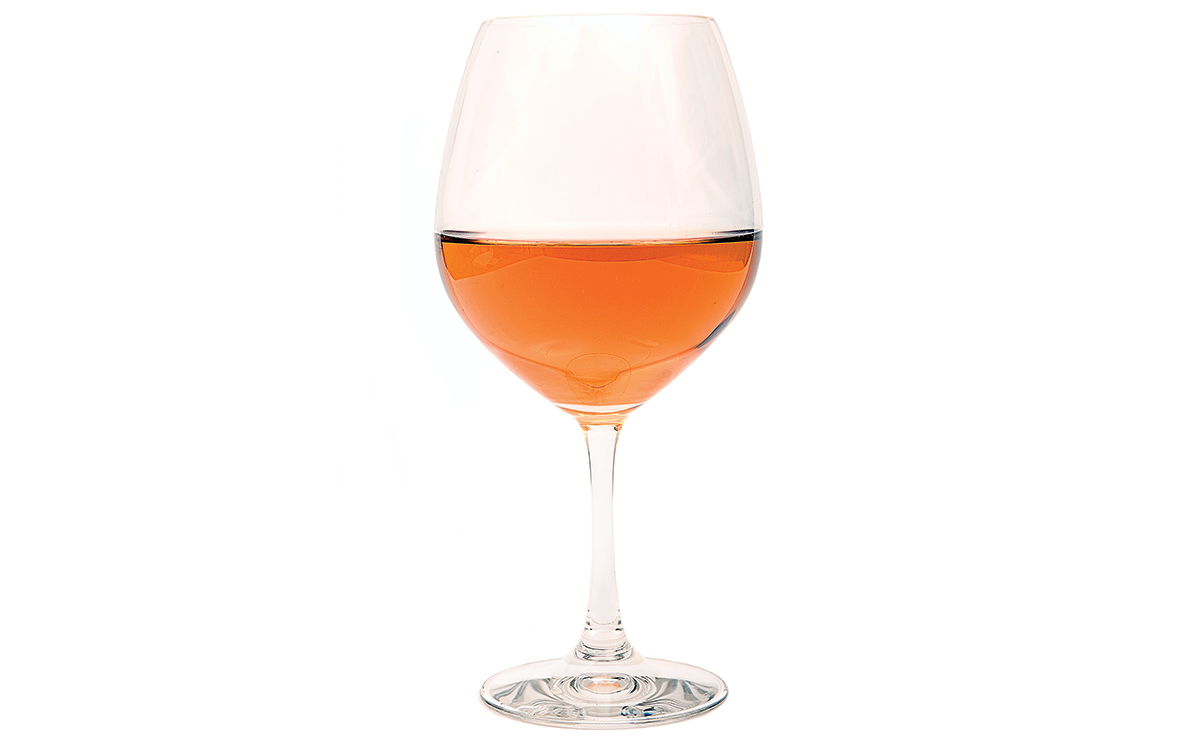 Orange wine, it turns out, has nothing to do with citrus.

Orange wines are, in fact, white wines – but white wines treated like reds. This means that they are purposefully allowed, while still freshly crushed juice, to remain in contact with grape skins for days, months or even years. When finished, these tangy, high-acid wines are bright amber in color, with notes of orange pith and apple peel. They also contain undeniable tannins, which provide that astringent, bitter quality to red wines, and come from the time spent with grape skins, seeds and stems.

This is why orange wines can at first throw you, says Liz Vilardi, owner and wine director of Belly Wine Bar in Cambridge, Massachusetts. Orange wine looks like it should taste like a white wine, all light and bright and fruity – but then its depth hits you on the first sip. Orange wine can be smoky and spicy, a tannic white wine that tastes like red. “They are stark-rust colored, like liquid marmalade,” says Vilardi. “They’re delicious.”

The technique to make orange wine is actually one of the oldest. Macerating the grapes with their skins produces sulfides, protecting the wine from oxidation, a natural preservative that has been used for centuries.

Orange wines have nothing to do with citrus. They are, in fact, white wines – but white wines treated like reds.

Today, orange wines are made from any number of white wine grapes, mainly in northern Italy, but also in Georgia, Croatia, Slovenia and parts of France and California.

Not everyone is so excited about the trend. As Jon Bonné wrote in the San Francisco Chronicle last year, the stuff “took off like a bullet” around 2010, seemingly a “glorious new chapter” in wine’s history. His only concern? “Many orange wines are not that good.”

Josko Gravner, an Italian winemaker, was one of the first to repopularize orange wines. Gravner, who is famous for returning to ancient wine-making techniques (burying a large clay vessel called an amphora for fermentation) for his white wines, began allowing his white wine grapes to sit with their skins for an astounding amount of time: three years with skins, and then an additional four years sans skin.

“Sometimes winemakers are … neurotic,” says Belly Wine Bar’s Vilardi, laughing.”Gravner wants his wines to be in there for seven years, because that’s how long it takes a cell to regenerate in a human.”

In the United States there are some wine producers beginning to jump into the world of orange – including J. Christopher Tracy, who began producing orange wine at Channing Daughters Winery on Long Island, New York, in 2004. Despite the fact that orange wines are made with white wine grapes, “they have more color, more texture, more structure,” he says. “They don’t just have an apricot note, they have notes of apricot with apricot skins, cooked apricot, reduced apricot – so much more concentration of flavor.”

So if you’re up to drinking a new color this summer, Vilardi says, orange wine goes great with lots of different kinds of food. “These guys are awesome with any kind of umami combo,” she says. “Farro and brown butter and eggs. Really green Brussels sprouts and salt. Earthy, meaty, salty things. Charcuterie, salumi. All those things are better with orange.”

Skin contact white wines have been made for thousands of years? This is a hypothesis, not a checkable fact. these days some people sell even Natural Orange Wines, meaning that they are biodynamic with almost no sulfites in the wine. you can check https://www.purewines.co.uk/orange-wine/