Why being in the oyster business is closer to farming than fishing. 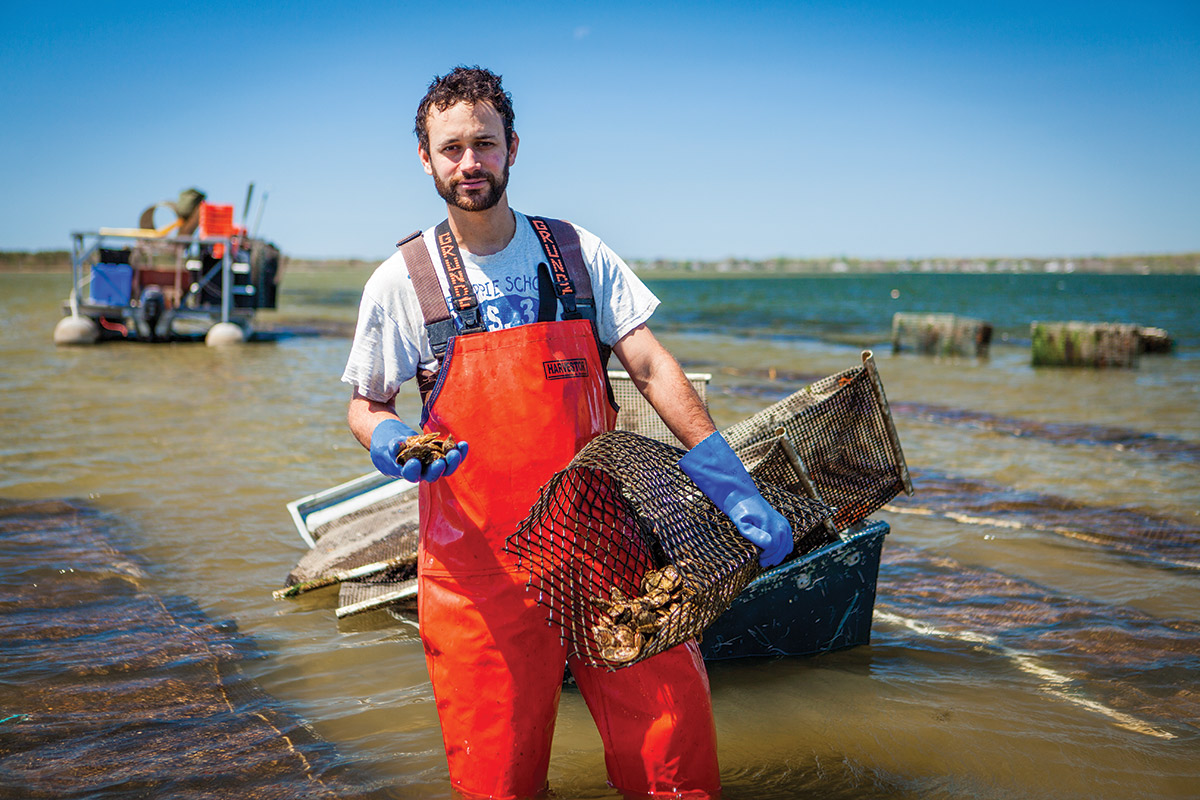 And though he found fertile ground to rent (it was only $2 an acre), he did have to compromise. His farmland was underwater – literally. “I couldn’t get rid of the idea that I wanted to cultivate,” Opton-Himmel says. “And raising oysters is pretty similar to trees.”

He volunteered at an oyster operation in Duxbury, Massachusetts, and then he and a friend got experimental viability permits in 2009 for some land under an estuary in Rhode Island. Just the two of them, 10 cages and a Honda Civic. “We had 60,000 oysters,” Opton-Himmel says, laughing, “and pretty much killed them all.”

‘I couldn’t get rid of the idea that I wanted to cultivate, and raising oysters is pretty similar to trees.’

Opton-Himmel learned from his early mistakes, and now his thriving oyster farm, Walrus and Carpenter Oysters, operates its own CSA, seeds between 1 and 3 million oysters annually and expects to harvest around 30 percent of them. Sales are booming: “I can’t grow enough to meet demand.” He has three employees (one full-time), two boats and three leased acres, filled with mesh nets containing the shellfish.

What’s it like being in the oyster business? Opton-Himmel says that while many equate it with fishing, he’s really a farmer: He spends his days worrying about threats to harvest, weather and temperature disruptions, going over spreadsheets, networking with chefs and customers and loading and unloading the product – and putting on waders and sorting viable oysters at his waist-deep farm. “Fifty percent of the job is sorting,” he says.