In Turkey, farm tech goes to the donkeys. 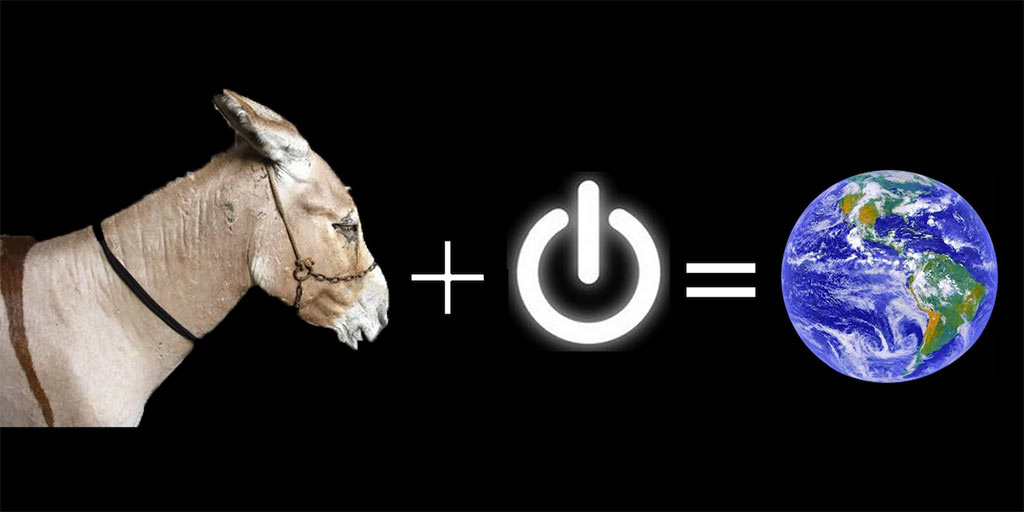 Herdsmen are attaching solar panels to donkeys to power their laptops and cell phones.

So, we were deeply unsettled by recent news from Izmir, Turkey. According to BBC News, some of the country’s herdsmen are attaching solar panels to donkeys to power their laptops and cell phones and keep them connected to the Internet at all times. Yes, while herding sheep across the country’s rocky terrain, these farmers will be able to check their email, obsess over Twitter, and complain about HBO Go’s buffering issues, just like the rest of us.

Each panel can provide between five and seven kilowatts of electricity, and the donkeys cart them over long distances. As the BBC reporter helpfully describes, the donkeys and their back panels also provide shade while the herdsmen surf the Web. Now, we would never begrudge anyone their technological pleasures – or their human rights, according to some – but these men are eating from the tree of the knowledge of good and evil. Though they might gain, they will also lose – as have we all.

Related
Food & Drink, Plants
The Best Alternative Grain Flours to Have in Your Pantry—If There’s Enough...Pearse Anderson
Food & Drink, Plants
When Sharing Seeds Grows More Than Just FoodShea Swenson
Opinion, Plants
Opinion: Community and School Gardens Don’t Magically Sprout Bountiful BenefitsMitchell McLarnon
Technology
Biden Aims to Bring More Farmers OnlineShea Swenson
wpDiscuz
We use cookies on our website to give you the most relevant experience by remembering your preferences and repeat visits. By clicking “Accept”, you consent to the use of ALL the cookies.
Cookie settings ACCEPT
Privacy & Cookies Policy