This Pocket-Sized Sensor Will Tell You When Fruit Is Ripe

An Israeli company hopes to market a small sensor that uses infrared technology to determine the ripeness and nutritional information of fruits and vegetables. 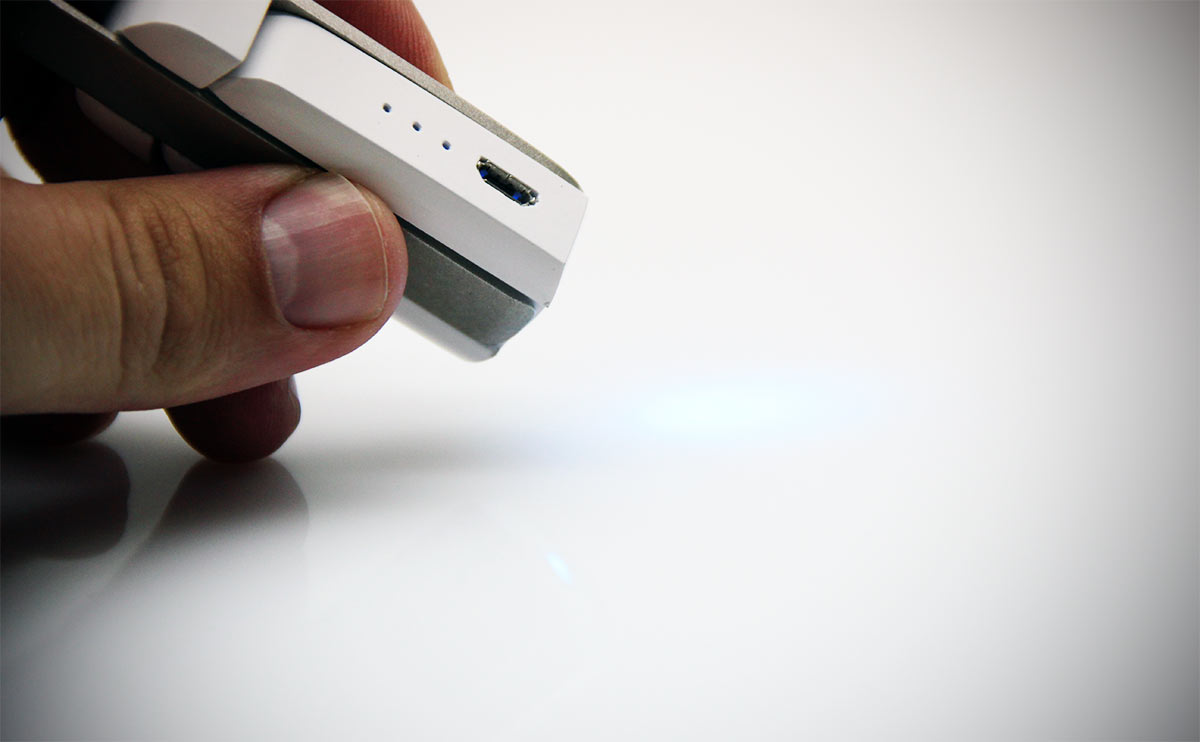 Developers in Israel have created a pocket-sized sensor that uses infrared technology to determine the ripeness and nutritional information of fruits and vegetables. Use SCiO, as it’s called, to scan an apple or an avocado, and the device will send your smartphone a detailed report on what to expect from it: calories and fat grams, as well as sugar and water levels.

The car clicker-sized machine relies on spectroscopy, the same kind of light-based technology that astronomers use to determine the composition of stars.

SCiO hasn’t hit the market yet, but the stunning success of the Kickstarter campaign run by Consumer Physics, the company that developed the device, is one indication that the finished product will be in high demand. Within 20 hours of the campaign’s May launch, it $200,000 goal was fully funded; the company quickly announced a new $2 million goal that was met well in advance of its mid-June deadline.

Dror Sharon, CEO and co-founder of Consumer Physics, attributes the campaign’s popularity to the web site’s community feel: On the page, more than 11,000 backers – many of them scientists or techies or both – debate SCiO’s uses and limitations on a comment thread that numbers over 800 entries.

“Kickstarter backers are excited because they know that they will have a real role in bringing this technology to life,” Sharon said. “Without them, the database will not grow and the technology won’t succeed.”

Picking out a juicy plum the old-fashioned way seems simple in comparison to understanding just how SCiO works. The car clicker-sized machine relies on spectroscopy, the same kind of light-based technology that astronomers use to determine the composition of stars. When performing a scan, SCiO’s tiny optical sensor captures the item’s molecular footprint, then measures how those molecules interact with light, creating a barcode-like readout that SCiO’s in-house app converts into the data it sends to your phone.

Because SCiO measures molecules and molecules make up all physical objects, the device has the potential to assess much more than just fruit ripeness. Dror foresees the tool becoming indispensable to farmers and home gardeners, who will be able to use it to assess soil quality and plant health.

“SCiO will measure the plant’s water and macronutrient content,” he said. “This information will optimize growing by helping farmers use accurate amounts of water and fertilizers. Farmers will conserve resources and maximize plant yield, and they’ll also reduce their impact on the environment.”

The device will also help farmers figure out the ideal time for harvesting crops, Dror said, by assessing a fruit or vegetable’s firmness, acid composition and level of sweetness.

Consumer Physics will use SCiO’s Kickstarter campaign funds to ramp up production, and expects to begin distribution early next year. The device will cost $299, and users will likely have to pay a fee to sign up for one of the many apps that developers are creating to be used in conjunction with SCiO: over 600 developers have backed the campaign, Dror said.

It’s hard to imagine needing a machine to complete the familiar errand of going to the store and buying a bag of apples. But though a device like SCiO might seem foreign now, Dror insists that such sensors are the way of the future.

“Long term, when these sensors are ubiquitous, some of our daily habits and routines will change due to the instant information available to us, just as small, low-cost phones equipped with GPS, cameras, and microphones have already changed our lives.”

Still doesn’t exist. So much for “promising, new”.