Finally, Farm Tools For Her

For the women of Green Heron Tools, the goal is to find and develop farming and gardening tools designed to work with the strengths of the female body. 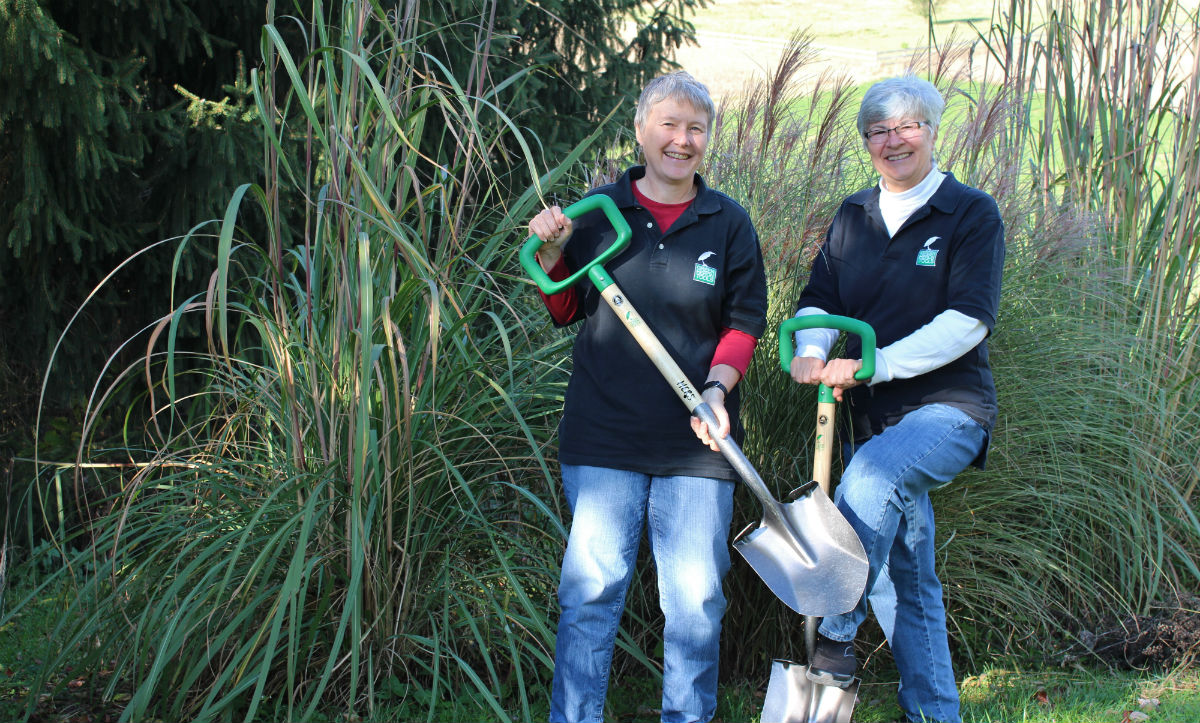 “At the farmers markets, we got together with other women producers or couples farming, and the topic of tools constantly came up,” says Adams. Women farmers said they felt they were too weak to work with certain tools and regularly expressed frustration with everything from roto-tillers to tractor hitches. But Adams and Brensinger decided weakness wasn’t the problem. “Some of the tools didn’t work because they were designed for men,” Adams adds. “We saw a need for a place where women could go for tools that work for their bodies.”

And as a result, they founded Green Heron Tools in 2008 — to find and develop farming and gardening tools designed to work with the strengths of the female body.

It seemed like a market opportunity dying for attention. After all, in the past 30 years, the number of farms in the U.S. operated by women has nearly tripled. According to data from the U.S. Department of Agriculture, women operated five percent of the nation’s farms in 1978. By 2007, they owned 14 percent. While women-owned operations tend to be smaller (most have annual sales of less than $10,000), their numbers and their revenue are growing. Some 2,000 female producers have sales of $1 million or more.

And women who are not sole owners are still a significant force in agricultural labor. While 300,000 women own their own farms, about one million qualify as “farm operators,” often running an agricultural operation alongside a spouse.

And while any producer knows how physically demanding farm labor is, most accept back and muscle injuries as part and parcel of lifting and maneuvering heavy equipment or contending with tough farm labor like repeated digging. But Adams and Brensinger felt it didn’t have to be this way, for women or men. “What we discovered was a gaping niche,” explains Brensinger. “We understood the link between tools and equipment and health and safety.”

To get their business idea up and running, the partners applied for an $80,000 Phase I Small Business Innovation Research grant through the U.S. Department of Agriculture. “We held focus groups with women throughout the country and conducted an online survey,” Adams explains. “We received a lot of feedback from women on what they liked and didn’t like about tools and which ones they most wanted to see redesigned.”

Feedback in hand, Adams and Brensinger applied for a Phase II SBIR grant, this time in the amount of $400,000, to actually develop the equipment women farmers said they were lacking. They hired an agricultural engineer in the Mechanical and Industrial Engineering Department at Penn State University, an industrial engineer specializing in ergonomics, an occupational therapist and a Ph.D. candidate at Penn State to help them create women-focused tools.

As the engineers began videotaping women farmers shoveling, for example, they discovered women use tools very differently. They put shovels into the ground at an angle to take advantage of lower body strength, rather than straight down as men do. “Women’s strength is in their lower body,” Adams explains, “so we decided to create a shovel that capitalized on how women put shovels in the ground.”

For two years, the partners and their researchers pulled shovels off the shelf at places like Lowe’s and Home Depot and sent women into the fields with them to monitor how they used them, including measuring the CO2 exchange in their breathing to determine the calorie burn required of different shovel types. They ultimately designed a shovel with a large definition, angled blade, and large D-handle (available in three sizes) that weighs only four pounds. “Our shovel required the least energy to use,” Adams remarks. “There was real science behind it.”

Called the HERS™ Shovel, it is the world’s first ever ergonomically designed shovel for women. The shovel is their best-selling tool and so far the only one they’ve developed themselves that they’ve brought to market (the other ergonomically-designed items now for sale were developed by outside sources). Currently, Adams and Brensinger and their research team are finishing up a three-year project to design and develop a new lightweight, battery-powered roto-tiller.

“Instead of using rotary tines, it uses coiled, conical blades that look like augers,” Brensinger explains. “They dig as well as help propel the machine forward.” She says because it’s battery-powered, the Green Heron tiller doesn’t vibrate or throw the operator around either, nor does it pulverize the soil as traditional roto-tillers do. “It’s gentler on both the operator and the soil,” she adds.

The tiller also allows users to adjust the handlebar height and the depth of the till. The tiller is patented but not yet available for sale.

Green Heron also sells a variety of hand tools, from soil knifes to hand plows, developed by companies that have paid special attention to ergonomics. “Everything we sell has particular characteristics that make them ideal for women,” Brensinger says. They’ve discovered many of the tools through feedback from their own customers.

“Women play a critical role in producing food,” she says. “Our philosophy is to build on the strengths of women.”

Thank goodness it’s finally happening. At 68 years old I recently bought my life’s dream, a small horse farm. This information will help me manage the property instead of me hiring it out.