We talk to Paul McMahon about his refreshingly non-dogmatic look at the global food system -- and how it must change if the world hopes to feed 9 billion people. 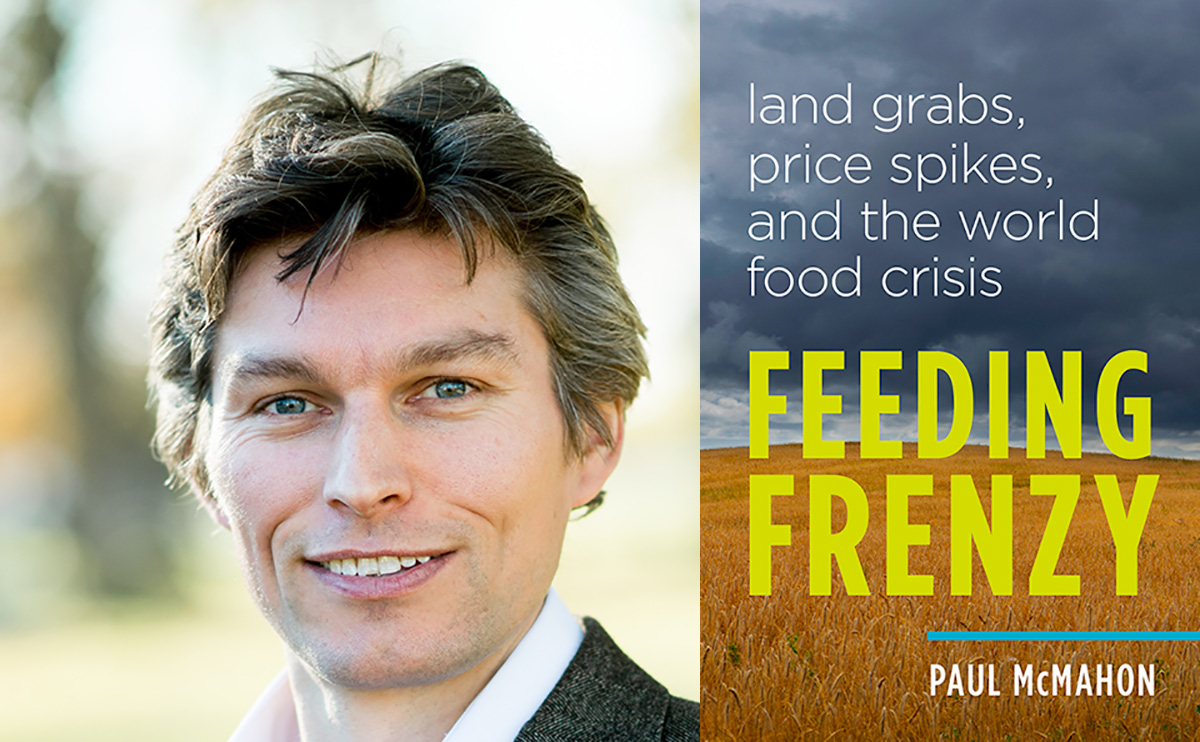 Modern Farmer: What got you interested in the topic of the global food market?

Paul McMahon: Food has gotten a lot more expensive over the past years. What is causing that? I wanted to dig in and understand what was driving these changes in world food markets and look forward to when the world population is projected to grow to more than 9 billion people. How can we deal with this, and is there a sustainable food system we can construct? That is what really motivated me to write the book. Reading articles in the media, their coverage of food and agriculture is often simplistic; there are mistruths and lazy assumptions. I felt that there wasn’t a good overview of how the global food system works today.

“On a global level, there is potential to bring new land into production.”

MF: Could you give an example of a misconception about the global food system?

PM: One myth that everyone likes to talk about is that we are “running out of land.” This is something I hear a lot from both environmentalists and, interestingly enough, from the investment space. There are now some incredibly detailed databases on soil, terrain and water availability. If you look at those, it’s true that in certain parts of the world, there is not much fertile land left. But if you look at a global level, there actually is quite a bit. Even if you exclude all the forests and just look at grasslands you will find there is quite a lot of land that could be brought into production. On a global level, there is potential to bring new land into production.

MF: One of the main questions of the book is, “Can we grow food for 9 billion people?” You say yes.

“We have enough food now to feed 10 billion people, the real issue is one of access and affordability. People go hungry because they are poor, not because there isn’t enough food in the world.”

PM: The simple fact is we already produce food for nine or 10 billion people, but we waste about a third of it. In the richer countries, it tends to be at the consumer level: food rotting in our fridges or restaurants serving too much on the plates. In poorer countries you tend to see it closer to the farmer with a lack of cold storage to keep food fresh. Another third probably goes to feeding animals to produce meat. If instead of feeding animals, we fed humans directly and we found more direct and clever ways to raise our animals for meat, it would also free up a lot of food. We have enough food now to feed 10 billion people, the real issue is one of access and affordability. People go hungry because they are poor, not because there isn’t enough food in the world.

MF: Could you give an example of a more clever way to raise livestock?

PM: One thing we are working on at the moment, in my business, is raising cattle and sheep on extensive grasslands in a much more productive and sustainable way. The planet has about 7 billion hectares of land, if you exclude the ice caps and mountains. Of that, 1.6 billion is cultivated and arable land, of which 3 to 4 billion hectares are grasslands – this is by far the biggest proportion. There are areas that have co-evolved with large herds of grazing animals. There is something called holistic management, a school of ranching, which tries to mimic the natural relationship between grasslands and grazing ruminants. If you do that, you can double the carrying capacity. This is one example of the kind of farming system by which we can continue to eat meat, but do it in a sustainable way instead of shoving grains and soybeans down their throats.

MF: Through what your project is doing and your view on how the plains should be utilized, how do you see the future of agriculture? If there’s going to be more food produced, what kind is it going to be?

PM: There is a big debate about this. On one hand, you have the technology optimists, for whom the answer is “more high tech.” On the other hand, there is a more ecological perspective, which is just as science-based and knowledge intensive, who want to understand what happens in the soil. From the investment point of view, I believe some of the more ecological systems can be more profitable, because you are keeping the cost down and reducing your risks to certain shocks. I think we will continue to see this debate between technology and ecology. I think the most fertile grounds to explore are bringing the two together. This will be a very exciting time for the future of food systems.