As we sit firmly planted in the middle of the locavore renaissance, it's easy to forget that this isn't the first time local food has been all the rage. 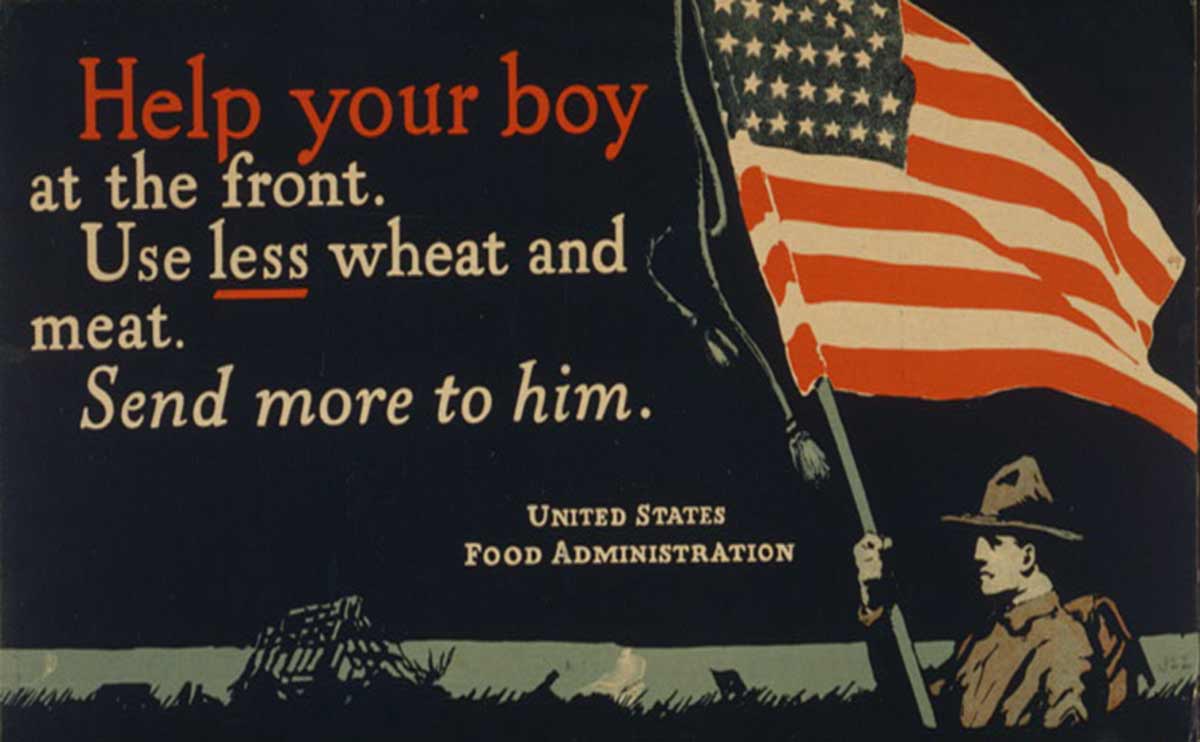 In 1914, as war was spreading across Europe, the Wilson administration started to implement an extremely spartan food conservation program that shaped the way Americans ate for the next six years.

Although America remained neutral for most of the war – finally declaring war against Germany in 1917 ”“ President Wilson and the head of the U.S. Food Administration (and future president) Hebert Hoover were keen to ensure that famine-stricken Europe would not fall to the Central Powers.

Hoover believed that hunger had brought about the rise of Bolshevism in Russia and was afraid that a war-torn and hungry Central Europe could easily go the same route unless America intervened. He wrote in an open letter in April, 1919 that “of course, the prime objective of the United States in undertaking the fight against famine in Europe is to save the lives of starving. The secondary object, however, and of hardly less importance, was to defeat Anarchy, which is the handmaiden of Hunger.”

Hoover’s plan, implemented through the Lever Food Control Act of 1917, urged, or rather pressured, Americans at home to conserve as much food as possible so the surplus could be sent overseas to feed the hungry of Europe, and the American soldiers fighting on the front.

The period was rife with ultra-patriotic, Orwellian slogans like “Meatless Mondays”, “Wheatless Wednesdays” and “Food Will Win The War.” Hoover’s objective was to shift the national diet away from traditional staples like wheat, meat, sugar and fat, to alternative crops like sweet potatoes, pork, rye and fish. Localization of food sourcing and indoctrinated conservation methods saw the average American’s diet shift considerable during the final years of the decade.

Through these war-machine slogans, the promotion of victory gardens ”“ fruit and vegetable gardens grown on private property and in public parks ”“ and the relentless distribution of food-related propaganda posters, Hoover was able to increase food exports three-fold by the end of the war.

There are a lot of things to be said about Hoover’s intention and implementation of the act, but it got people thinking about what they eat, and where it comes from – a concept that, nearly 100 years later, is really making a comeback.

All Photos Courtesy of the Library of Congress Archives